Striking Jim Beam workers continued picketing the world's largest bourbon producer on Monday ahead of another round of talks. 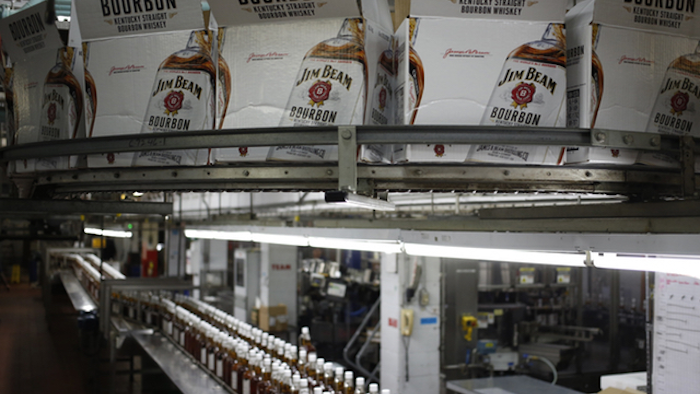 Striking Jim Beam workers kept picketing the world's largest bourbon producer on Monday, ahead of another round of talks that a union leader hopes will resolve their complaints about being overworked.

The dispute has splashed some disharmony on the whiskey sector's good times. The workers say the company has refused to hire more full-time workers, and that demand for Beam whiskey has them putting in 60 to 80 hours a week to keep up.

"It is really booming right now," United Food and Commercial Workers local president Janelle Mudd said by phone Monday. "Maybe they didn't take into account growing the work force as the demand grew. But we have been talking to them about this issue for a long time."

Contract talks are scheduled to resume Tuesday after workers voiced grievances at a management listening session on Sunday, Mudd said. Their main complaint is not money, but time — the union wants to see more full-time workers hired, rather than temporary employees.

A company spokesman said Monday that the session helped to "clarify points of disagreement." 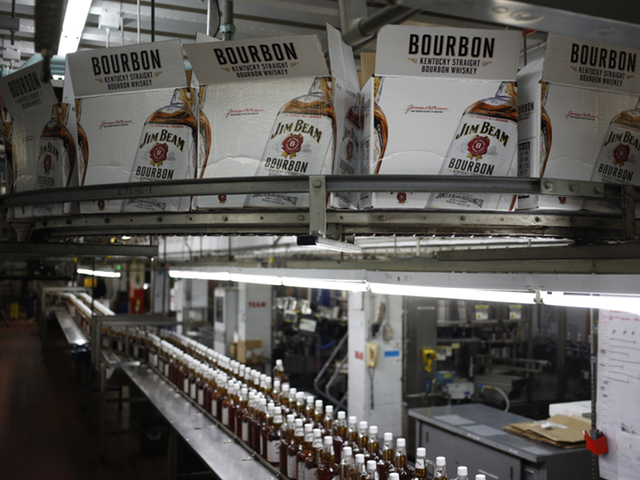 "We expect to meet again soon with the assistance of the federal mediator," said company spokesman Clarkson Hine. "We remain committed to doing what we can to promote a timely resolution that is in the interest of our union employees and our business."

About 250 workers walked off their jobs Saturday at Beam distilleries in Clermont and Boston in Kentucky after voting down the company's latest contract offer Friday. Those striking workers help fill virtually every step of bourbon making at the plants, Mudd said.

Kentucky is home to about 95 percent of the world's bourbon production, and both the bourbon and whiskey industries are enjoying growing sales worldwide, in part driven by higher demand for premium spirits and cocktails. 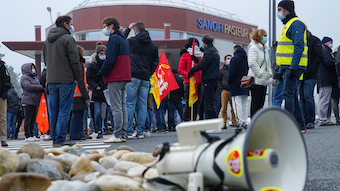