A top Southwest executive said on Monday that the July 20th outage will cost the airline "into the tens of millions" of dollars. 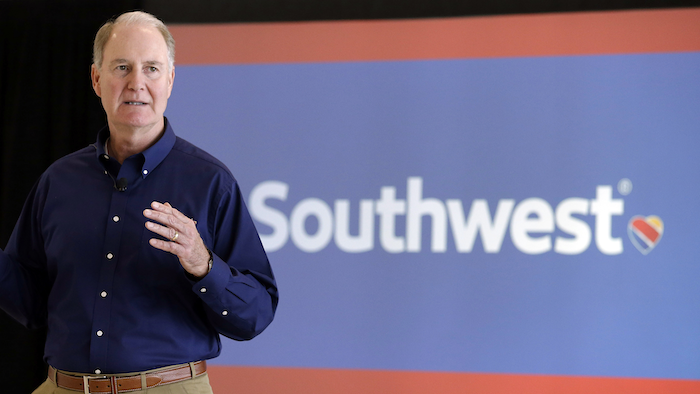 Southwest Airlines CEO Gary Kelly speaks during a preview of the new international concourse at Houston Hobby Airport in Houston. Two major unions at Southwest Airlines are demanding that the carrier replace Kelly because of the technology outage that caused the airline to cancel or delay thousands of flights in July. (AP Photo/Pat Sullivan, File)

Two major unions at Southwest Airlines are demanding that the carrier replace its CEO because of the technology outage that caused the airline to cancel or delay thousands of flights in July.

Technology experts are questioning whether Southwest fell short in designing and testing its computer systems.

A top Southwest executive told The Associated Press on Monday that the July 20 outage will cost the airline "into the tens of millions" of dollars — a huge increase in the original estimate of between $5 million and $10 million.

The company will recover many bookings that were lost while its website was down, said Robert Jordan, Southwest's executive vice president and chief commercial officer. But it will lose money from a "couple hundred thousand people" whose flights were canceled and from refunds to stranded passengers, he said.

Jordan said the outage was the worst he could recall in his 28 years at Southwest, the nation's fourth-biggest airline. It has become a rallying point for unions who believe they deserve raises while Southwest Airlines Co. earns record profits.

The pilots' union said that its board voted 20-0 to ask that Chairman and CEO Gary Kelly and Chief Operating Officer Mike Van de Ven be removed. Union President Jon Weaks said the company had focused too much on controlling costs and buying back its own shares and not enough to upgrade "critically outdated IT infrastructure and flight operations."

The leader of the mechanics' union, Louie Key, said the outage was the "final straw" on top of unsettled contract negotiations and other disappointments.

"Their maneuvering is not about our leaders. It's not about 'IT infrastructure,'" Randy Babbitt said in a statement released by the company. "This is about the union's approach to contract discussions and its attempt to gain leverage in negotiations." 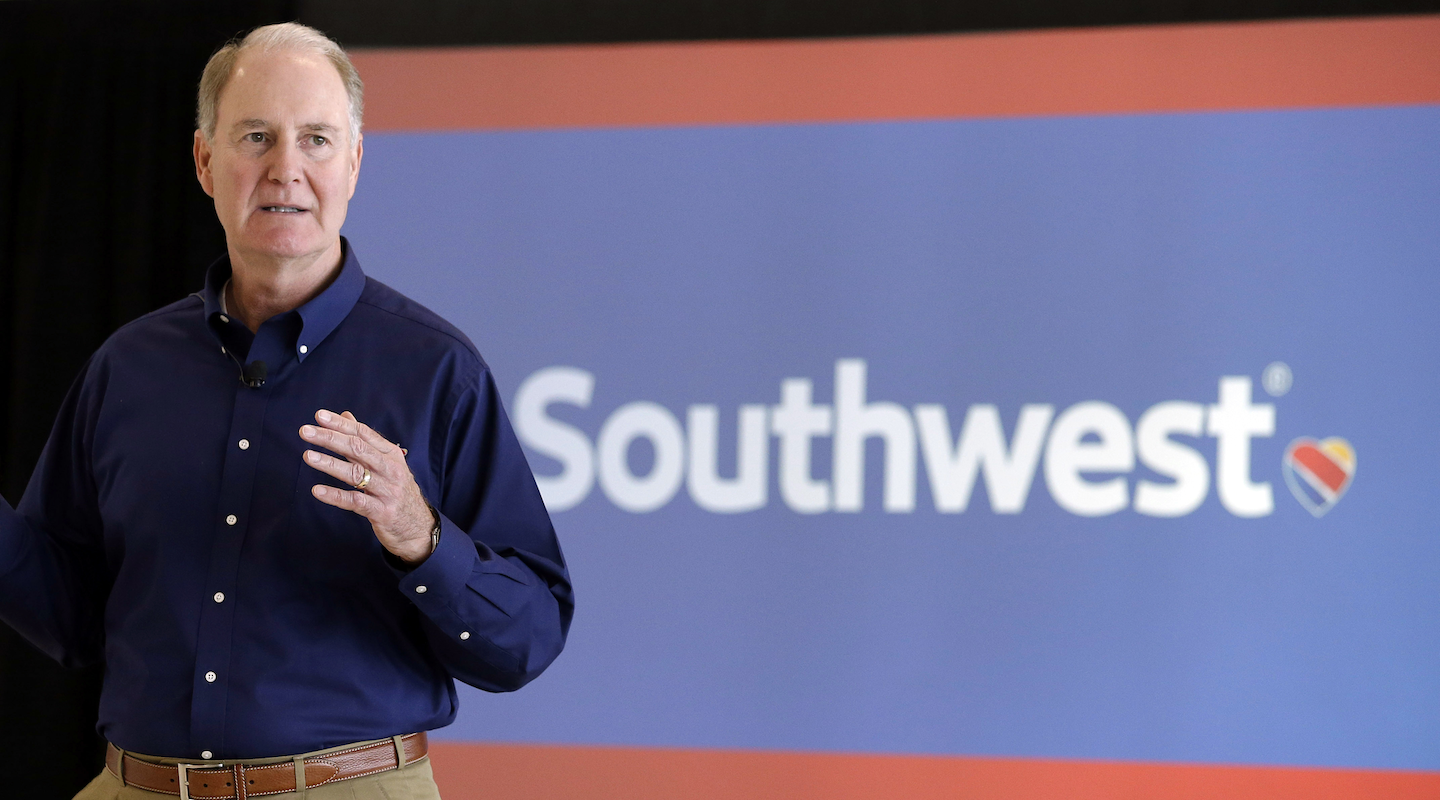 Southwest Airlines CEO Gary Kelly speaks during a preview of the new international concourse at Houston Hobby Airport in Houston. Two major unions at Southwest Airlines are demanding that the carrier replace Kelly because of the technology outage that caused the airline to cancel or delay thousands of flights in July. (AP Photo/Pat Sullivan, File)

The outage briefly caused Southwest to delay all departures and hold planes at their gates. Passengers couldn't check in for flights electronically, and customers couldn't book new flights.

The outage lasted about 12 hours, but Southwest said that it canceled 2,300 flights — 12 percent of its schedule — over five days as it struggled to recover. Southwest did not say how many flights were delayed during that period, but tracking service FlightStats put the number at more than 8,000.

Independent experts in information technology said the outage was probably more complex than a single failed router. Routers connect networks and help sections communicate with each other, and networks are designed to avoid so-called single points of failure.

"You can't blame the router. The router triggered a chain reaction that should not have happened," said Doron Pinhas, chief technology officer of Continuity Software Inc. He said it was likely that Southwest didn't test its system adequately to see what would happen when that part failed.

"When you have an outage like this that lasts as long as this one did and takes as long to put back on track, that's typically a software issue," which is much more complex, he said.

Jordan, the Southwest executive vice president, said that a Cisco router, one of about 2,000 in the airline's network, failed "in a very abnormal way." The router did not send messages to other parts of the network or connect with backup systems, he said.

Jordan said Southwest's routers are designed to last seven years but are replaced more frequently. He said the airline's network had plenty of redundancies built in, but that the company was still studying the outage.

Oversight of computer systems "is primarily done by Southwest Airlines now," Jordan said, "and as we transition to a new data center over the next year, that will change" and mostly be handled by contractors. The decision to contract out much of the data center work was made long before last month's outage, he said.