For the first time in decades, more manufacturing jobs are returning to the United States than are going offshore. The combined reshoring and foreign direct investment trends grew by over 10 percent in 2016, adding 77,000 jobs and exceeding the rate of offshoring by about 27,000 jobs. 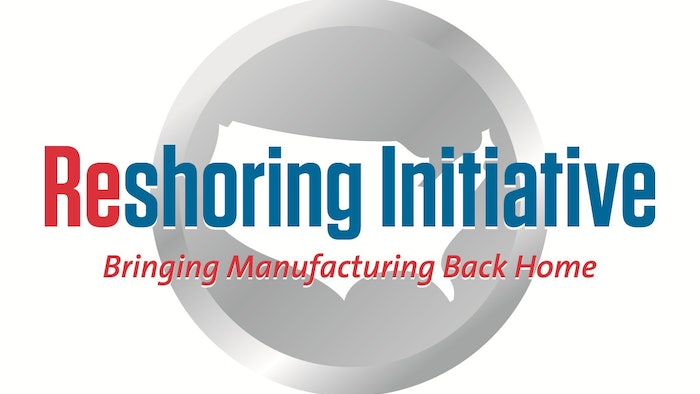 Kildeer, IL  — For the first time in decades, more manufacturing jobs are returning to the United States than are going offshore. The combined reshoring and foreign direct investment (FDI) trends grew by over 10 percent in 2016, adding 77,000 jobs (tying the 2014 record) and exceeding the rate of offshoring by about 27,000 jobs. The 2016 results bring the total number of manufacturing jobs brought back from offshore to more than 338,000 since the manufacturing employment low of February 2010.

There are still huge opportunities and challenges to bringing back all the 3 to 4 million manufacturing jobs cumulatively lost to offshoring. The rate of job return announcements doubled in November 2016 and hit an all-time peak monthly record in January 2017. Clearly, government policy changes and expectations of those changes are key to accelerating the trend.

The Reshoring Initiative’s 2016 Reshoring Report contains data on U.S. reshoring and FDI by companies that have returned U.S. production or sourcing from offshore. The report includes cumulative data from 2010 through 2016, as well as highlights from the first quarter of 2017.

In comparison to 2000-2003, when the United States lost, net, about 220,000 manufacturing jobs per year to offshoring, 2016 achieved a net gain of 27,000. The tide has turned. The numbers demonstrate that reshoring and FDI are important contributing factors to the country’s rebounding manufacturing sector.

The overall trend was up from 2015 due to anticipation of potential policy changes that will make the United States more competitive, continued rising wages overseas, and increased use of total cost of ownership for sourcing decisions.

“We publish this data annually to show companies that their peers are successfully reshoring and that they should reevaluate their sourcing and siting decisions,” said Harry Moser, founder and president of the Reshoring Initiative. “With 3 to 4 million manufacturing jobs still offshore, as measured by our $500 billion/year trade deficit, there is potential for much more growth. We call on the administration and Congress to enact policy changes to make the United States competitive again. Our Competitiveness Toolkit is available for them to quantify the impact of policy alternatives, including: stronger skilled workforce; lower corporate taxes and regulations; and lower U.S. dollar.”

A Deeper Dive Into The Reshoring Data

About The Reshoring Initiative

Data for this report comes from the Reshoring Initiative Library of more than 4,000 published articles, privately submitted reshoring case studies and privately documented cases. The report provides data and analysis in 10 different categories, ranging from the number of manufacturing jobs gained, to reasons cited for reshoring, to a breakdown of data by industry, country, region and state. It also includes data on the nearshoring trend (Canada and Mexico).