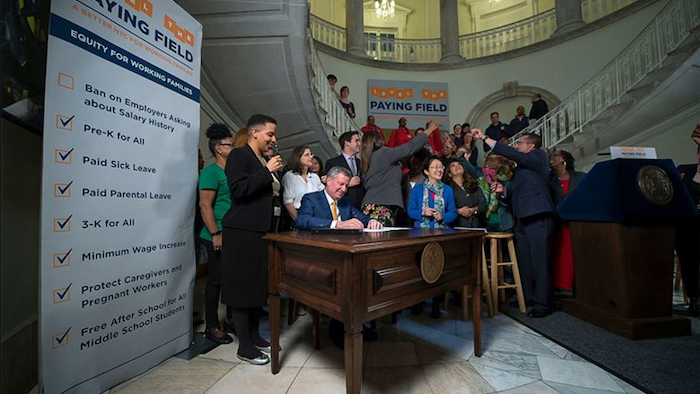 New York City's mayor has signed a bill into law making it illegal for employers to ask applicants about their salary history.

The law goes into effect in 180 days.

Applicants who believe a potential employer violated the law can file a complaint with the city's Human Rights Commission, which can impose penalties of up to $250,000.