The DRL is the first professional race series where pilots fly quadcopters through three-dimensional courses. 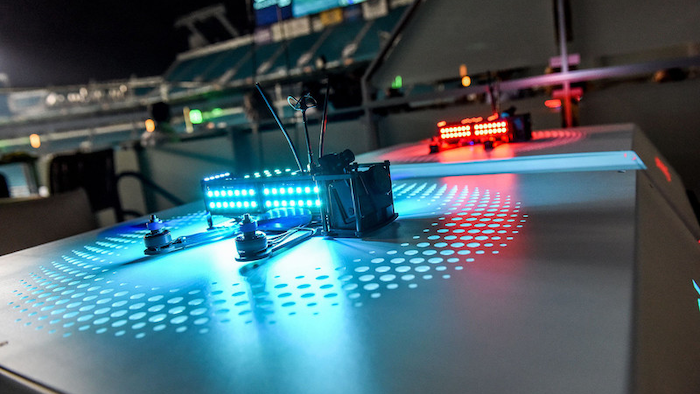 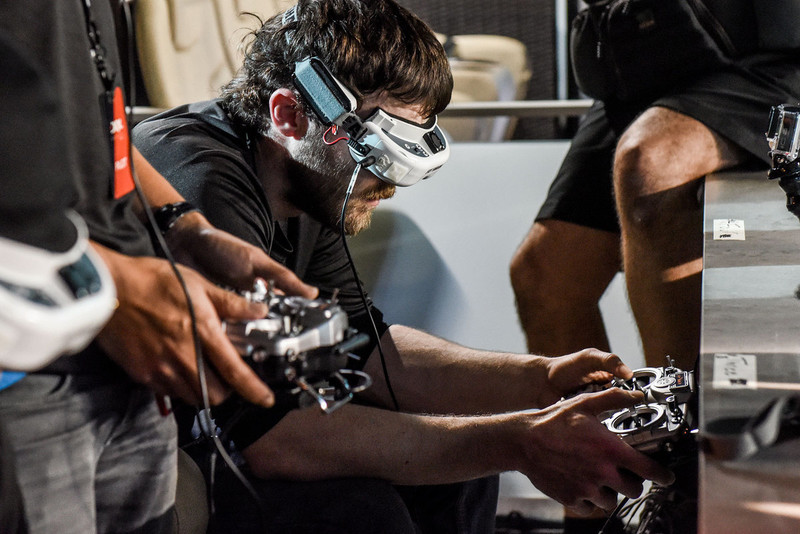 Romans had their gladiators. Our medieval peeps had jousting. These days, we sell premiere arena seats to bloody, Las Vegas cage matches for thousands of bucks a pop. No guts, no glory — a sentiment that will now include drones.

This week, DRL announced its 2016 season, which consists of six races around the world. Pilots will have the chance to earn points to compete in a final, winner-take-all world championship match.

All pilots fly the 800 gram (1.8 pound) DRL Racer 2 quadcopter designed by DRL engineers to level the playing field, you know, in the event competitors try to rig up their own drones with a rocket engine.The DRL copters, glammed out in over 100 color LEDs, are built for speed, agility and endurance and can hit speeds up to 120 mph.

To accomplish this, the DRL engineers have utilized a new, patented RF technology that enables the aircrafts to navigate the most complex courses in the world, including drone death traps like hallways and tunnels. Pilots steer via a pair of wearable First Person View (FPV) goggles that display a live feed of the action, transmitted by its onboard cameras.

Pilots, quite literally, have to be the machine.

OK. So, on a level of one to bulls-eyeing womp-rats from a T-16: How hard is it to race one of these bad boys?

Most (normal) drones utilize onboard sensors to stabilize the aircraft, preventing it from rolling over or flipping. To operate in a quicker, more aggressive manner, however, the DRL copters operate in an unassisted mode known as “rate mode,” making them incredibly fast and agile but also harder to control. Pilots skilled in the art of rate mode are usually coming off of months of practice. 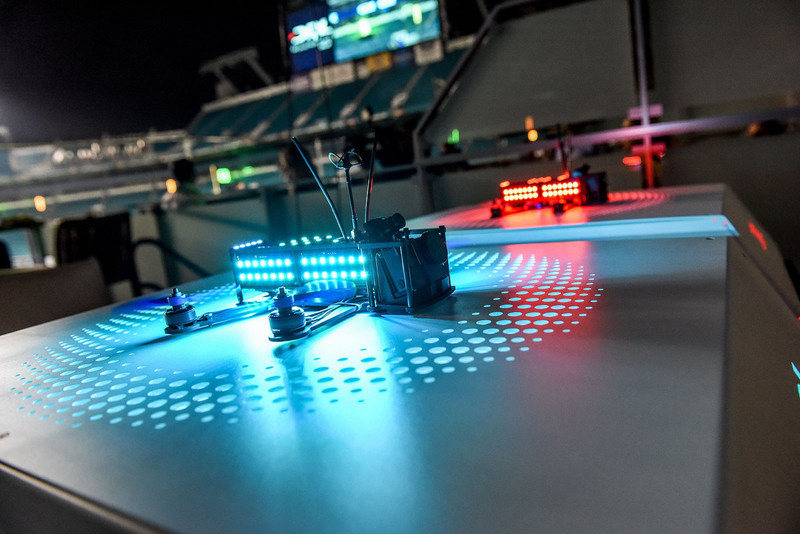 The first event in DRL’s six-part racing series will take place at Miami’s Sun Life Stadium on February 22. Each event consists of three stages (Qualifyings, Semi-Finals, and Finals), and pilots are awarded points based on course checkpoints and finishing times.

Oh, and best of all — the league anticipates plenty of blood (read: action-packed crashes).