If You Think Drones Are A Passing Fad, Better Think Again

As drone capabilities continue to grow, drones may become a mass-market product for average consumers in about three years. 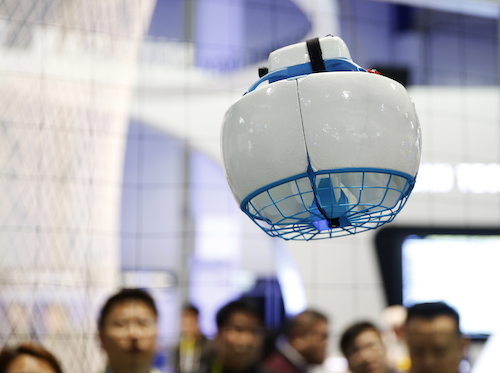 The Fleye drone flies at Fleye booth during CES International, Thursday, Jan. 7, 2016, in Las Vegas. The single propeller of the drone is enclosed for safety. (AP Photo/John Locher)

If you're used to thinking of drones as a passing fad, last week's CES gadget show should give you second thoughts.

Tiny, self-piloted copters promise to buzzily follow you around like something out of a Neal Stephenson cyberpunk novel. New drones that could find lost wilderness adventurers or help them see out above treetops; others purport to carry a human passenger at the touch of a button.

None of this, of course, will be happening overnight. Limited battery life means that many commercial models can't fly for more than about 20 minutes at best. Manufacturers haven't yet figured out the best way to keep many tiny drones where they ought to be, given that GPS positioning sucks too much power for their minuscule batteries. Obstacle avoidance systems that would let small drones pilot themselves are still under development. And looming over the entire field are new government rules intended to keep people safe, but which may also slow innovation.

So far, none of those obstacles are slowing down an industry that appears to be in full lift-off. The Consumer Technology Association estimates that U.S. consumer drone spending will more than double to $953 million next year. ABI Research believes the global market for drones will hit $8.4 billion in 2018, with users ranging from the military and oil companies to farmers, journalists, and backyard tinkerers.

"You should be able to get a drone that can effectively follow you, not run into things, and find things on its own," he says. "That's pretty cool."

That's assuming, of course, that you're not commuting to work in one. At CES, Chinese manufacturer Ehang Inc. unveiled a large drone that it said can carry a human passenger at speeds of up to 60 miles an hour. The four-armed quadcopter has been on more than 100 flights, mostly in wooded areas of Guangzhou, according to Chief Marketing Officer Derrick Xiong. Some — he didn't say how many — have carried a human passenger.

In contrast with the bigger drones, smaller ones were also on display. On the small drone front, Kickstarter-funded Fleye envisions its camera-bearing flying sphere as a kind of personal videographer that follows you around street corners; you'll be able to switch between settings such as "selfie," ''panorama" and "virtual tripod." And because it's encased in what looks like a lightweight football helmet, its propellers pose less risk to bystanders.

"Instead of doing collision detection and avoidance, we just make sure if it collides, it won't hurt," says CEO Laurent Eschenauer. 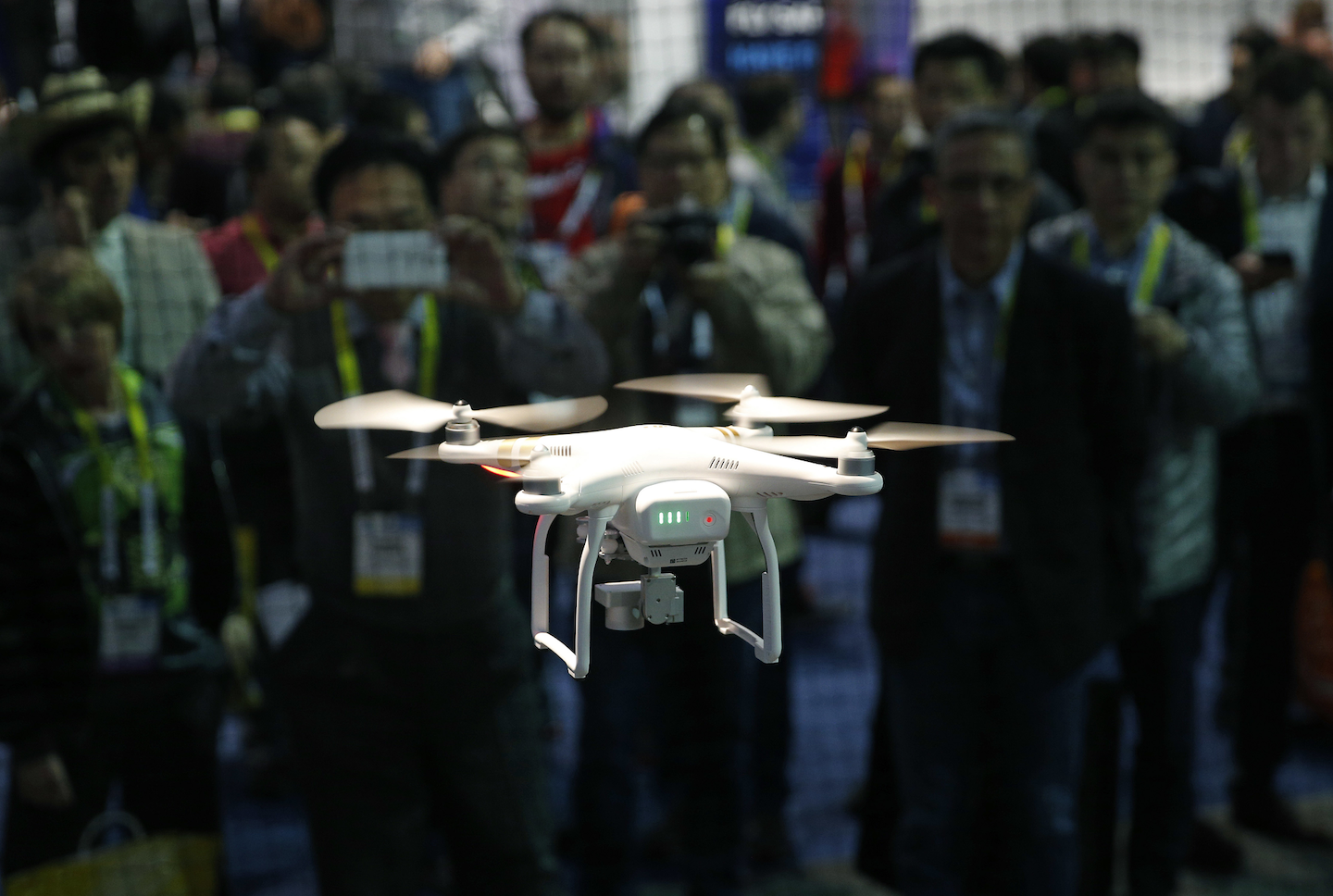 Toy drone maker Spin Master Inc. showed off an augmented-reality game in which kids use a real-life drone to rescue tiny virtual people, put out fires and fight aliens. In essence, they're interacting with a virtual world overlaid on the real world; they can see the virtual elements on a tablet they're using to control the drone.

Robolink Inc. wants you to learn how to program using its "CoDrone," a flying electronics kit you can instruct to jump off a table into someone's hand with a simple line of code. CEO Hansol Hong describes the educational product as "where Khan Academy meets drone."

But the reach of some small drones still exceeds their grasp. Companies like San Jose-based UNorth Inc., maker of the Mota; Newark, Delaware-based Onagofly; and South Korean ByRobot Co. all said they're still tweaking the system needed to make tiny drones weighing less than half a pound follow their owners.

For instance, ByRobot co-founder James Hong said its engineers still need several months to modify the way its drone uses wireless Bluetooth and Wi-Fi signals. The changes should help maintain a reliable connection to the user's smartphone, making possible the "follow me" function in the absence of GPS, which the company considers too power-hungry for smaller drones.

With the potential for millions of new flying objects buzzing around the country in coming years, the FAA is working on new drone-safety rules. By this spring, the agency plans to unveil regulations to allow streamlined approval of commercial drone uses, instead of the case-by-case system it uses now. Last month, the FAA began requiring registration for drones weighing between about half a pound and 55 pounds.

Even as they come up with new rules, regulators don't know exactly where the technology is headed, FAA Administrator Michael Huerta acknowledged in a speech to CES attendees.

"This is not going to be a finite process, where one day we sit back and say OK, we're done," Huerta said in a speech Wednesday. "Maintaining the highest levels of safety requires us to constantly evolve in our approach."