Apple also said it's cutting through a backlog of online orders. 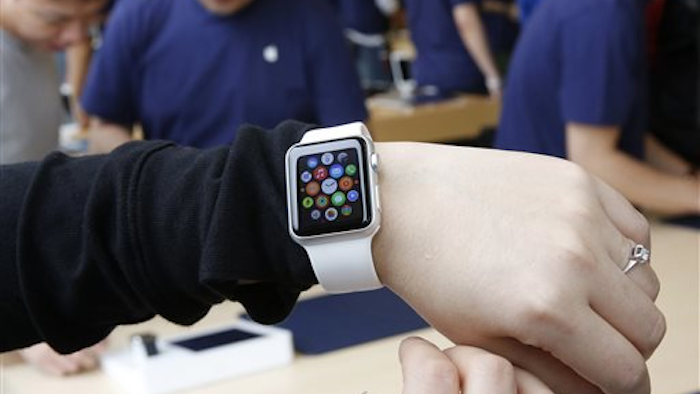 Soon you'll be able to buy an Apple Watch like you'd buy most other watches — in a store.

Two months after Apple began taking online orders for its newest product, the company said Thursday it plans to begin selling some models in its retail stores in two weeks. Apple also said it's cutting through a backlog of online orders, with most watches ordered by end of May shipping within two weeks.

The smartwatch has been on display in Apple stores in the United States and eight other countries, where customers could examine and try them on. But they couldn't buy one and wear it out the door. Apple has said that was because supplies were limited.

Just how many watches Apple has sold is up for debate. The Cupertino, California, company hasn't released any sales figures, prompting some industry analysts to speculate demand was lower than expected. Others cite reports of manufacturing problems in Asia as evidence that supplies were unexpectedly constrained.

In a statement Thursday, Apple Senior Vice President Jeff Williams said "the response to Apple Watch has surpassed our expectations in every way." He did not offer details.