Middleborough, MA– Butler Automatic, the inventor and global leader of automatic splicing solutions, announces that its SP1 Series Automatic Film Splicer is ideally suited towards consumer packaged goods (CPG) packaging applications. The SP1 Automatic Film Splicer increases efficiency in packaging operations by eliminating the packaging line downtime caused by manual film roll changes. “CPG packaging operations can benefit from the introduction of the SP1 Automatic Film Splicer because it has a significant positive impact on line efficiency,” said Mike Mucci, Vice President of Engineering at Butler Automatic.  “The SP1 enables customers to eliminate the leading cause of planned downtime – film roll changes – and therefore to dramatically improve profitability.”   One particular CPG consumables packaging outfit that chose to implement Butler automatic splicing equipment increased yearly throughput by 89,601,600 packages, and in doing so increased profitability by nearly $53 million per year on an investment of just over $50,000. With a simple mechanical design and high-quality manufacture, the SP1 promises long-term, trouble-free performance. The device senses the diameter of the expiring roll of film and automatically splices the end of each expiring roll onto the new roll. It is capable of running at speeds of up to 600 feet per minute (FPM). In addition to the standard SP1 automatic splicer, Butler offers the SP1 RB, designed for full wash-down capability. The SP1 RB is built to standards common with many regulatory requirements. It features mostly stainless steel construction, with only specific splicing head cylinders using coated aluminum, and has minimal flat surfaces.   ### About Butler Automatic: Butler Automatic is the inventor of automatic splicing and the largest global manufacturer of automatic web splicing equipment for food, pharmaceutical, printing and CGP markets. As such, Butler Automatic is uniquely suited to increase uptime and production efficiency in a wide range of packaging applications. With more than 17,000 installations around the world, Butler Automatic is the global leader in automatic splicing solutions. For more information call 508-923-0544 or visit www.butlerautomatic.com. 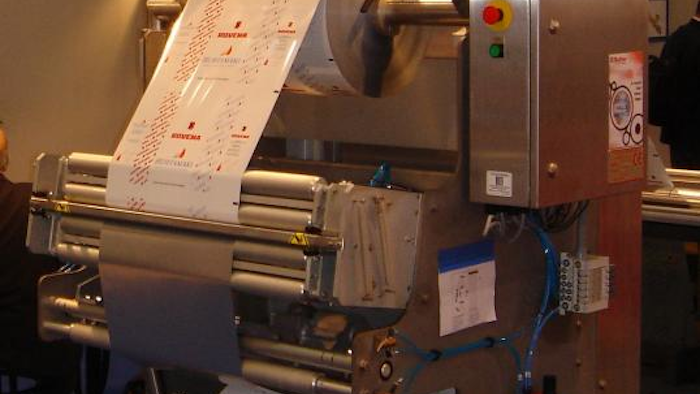