And led to the first data processing company 125 years ago. 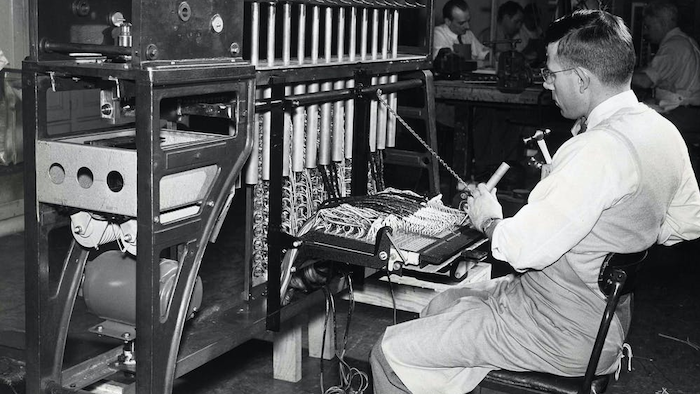 This ‘mechanical punch card sorter’ was used for the 1950 census.
U.S. Census Bureau

The U.S. Constitution requires that a population count be conducted at the beginning of every decade.

This census has always been charged with political significance, and continues to be. That’s clear from the controversies in the run-up to the 2020 census.

But it’s less widely known how important the census has been in developing the U.S. computer industry, a story that I tell in my book, “Republic of Numbers: Unexpected Stories of Mathematical Americans through History.” That history includes the founding of the first automated data processing company, the Tabulating Machine Company, 125 years ago on December 3, 1896.

The only use of the census clearly specified in the Constitution is to allocate seats in the House of Representatives. More populous states get more seats.

A minimalist interpretation of the census mission would require reporting only the overall population of each state. But the census has never confined itself to this.

A complicating factor emerged right at the beginning, with the Constitution’s distinction between “free persons” and “three-fifths of all other persons.” This was the Founding Fathers’ infamous mealy-mouthed compromise between those states with a large number of enslaved persons and those states where relatively few lived.

The first census, in 1790, also made nonconstitutionally mandated distinctions by age and sex. In subsequent decades, many other personal attributes were probed as well: occupational status, marital status, educational status, place of birth and so on.

As the country grew, each census required greater effort than the last, not merely to collect the data but also to compile it into usable form. The processing of the 1880 census was not completed until 1888.

It had become a mind-numbingly boring, error-prone, clerical exercise of a magnitude rarely seen.

Since the population was evidently continuing to grow at a rapid pace, those with sufficient imagination could foresee that processing the 1890 census would be gruesome indeed without some change in procedure.

John Shaw Billings, a physician assigned to assist the Census Office with compiling health statistics, had closely observed the immense tabulation efforts required to deal with the raw data of 1880. He expressed his concerns to a young mechanical engineer assisting with the census, Herman Hollerith, a recent graduate of the Columbia School of Mines.

On Sept. 23, 1884, the U.S. Patent Office recorded a submission from the 24-year-old Hollerith, titled “Art of Compiling Statistics.” 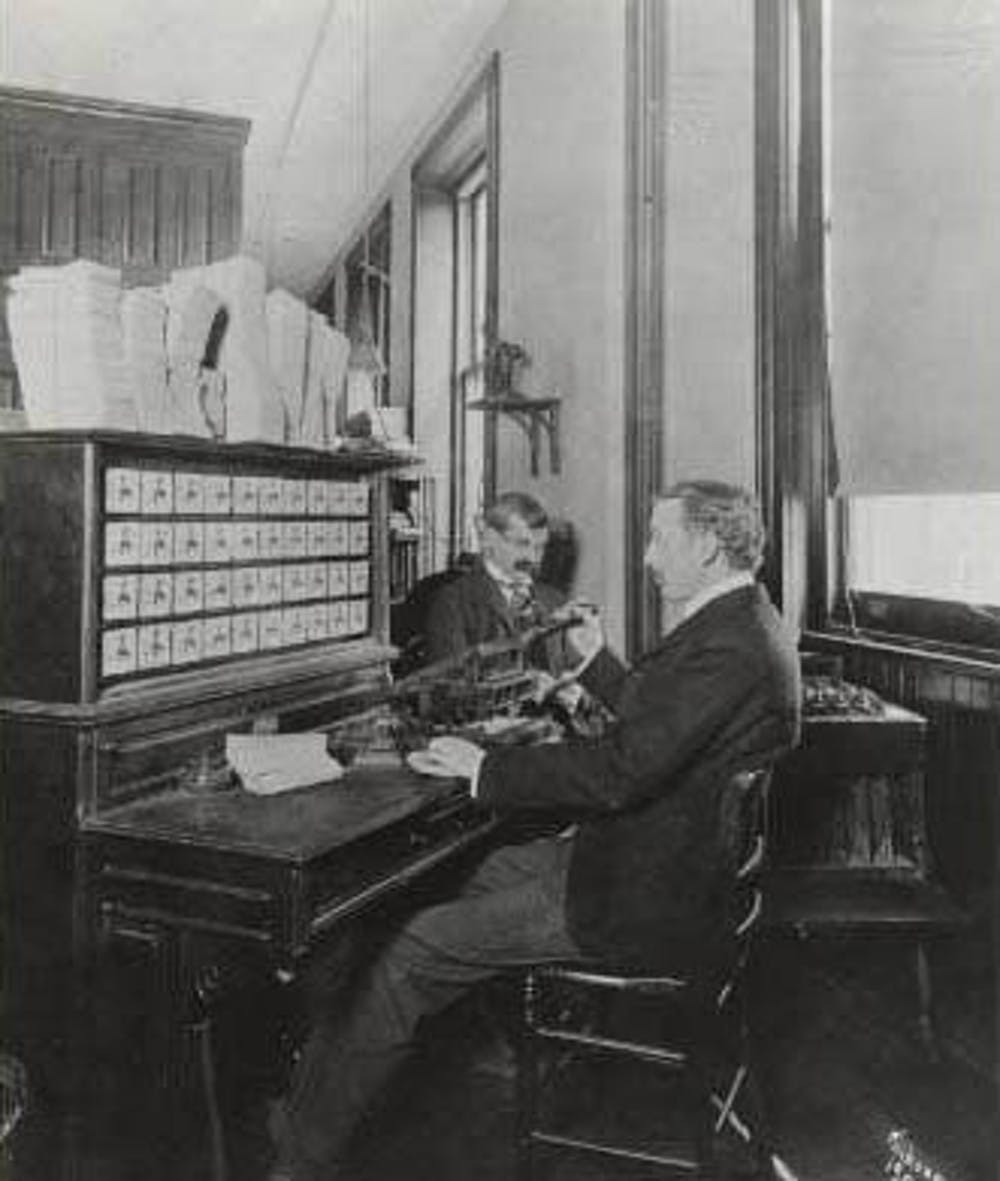 The Hollerith electric tabulating machine in use in 1902.U.S. Census Bureau

By progressively improving the ideas of this initial submission, Hollerith would decisively win an 1889 competition to improve the processing of the 1890 census.

The technological solutions devised by Hollerith involved a suite of mechanical and electrical devices. The first crucial innovation was to translate data on handwritten census tally sheets to patterns of holes punched in cards. As Hollerith phrased it, in the 1889 revision of his patent application,

“A hole is thus punched corresponding to person, then a hole according as person is a male or female, another recording whether native or foreign born, another either white or colored, &c.”

This process required developing special machinery to ensure that holes could be punched with accuracy and efficiency.

Hollerith then devised a machine to “read” the card, by probing the card with pins, so that only where there was a hole would the pin pass through the card to make an electrical connection, resulting in advance of the appropriate counter.

For example, if a card for a white male farmer passed through the machine, a counter for each of these categories would be increased by one. The card was made sturdy enough to allow passage through the card reading machine multiple times, for counting different categories or checking results.

The count proceeded so rapidly that the state-by-state numbers needed for congressional apportionment were certified before the end of November 1890.

Rise of the punched card

After his census success, Hollerith went into business selling this technology. The company he founded, the Tabulating Machine Company, would, after he retired, become International Business Machines - IBM. IBM led the way in perfecting card technology for recording and tabulating large sets of data for a variety of purposes.

By the 1930s, many businesses were using cards for record-keeping procedures, such as payroll and inventory. Some data-intensive scientists, especially astronomers, were also finding the cards convenient. IBM had by then standardized an 80-column card and had developed keypunch machines that would change little for decades.

Card processing became one leg of the mighty computer industry that blossomed after World War II, and IBM for a time would be the third-largest corporation in the world. Card processing served as a scaffolding for vastly more rapid and space-efficient purely electronic computers that now dominate, with little evidence remaining of the old regime.

Those who have grown up knowing computers only as easily portable devices, to be communicated with by the touch of a finger or even by voice, may be unfamiliar with the room-size computers of the 1950s and ’60s, where the primary means of loading data and instructions was by creating a deck of cards at a keypunch machine, and then feeding that deck into a card reader. This persisted as the default procedure for many computers well into the 1980s.

As computer pioneer Grace Murray Hopper recalled about her early career, “Back in those days, everybody was using punched cards, and they thought they’d use punched cards forever.”

Hopper had been an important member of the team that created the first commercially viable general-purpose computer, the Universal Automatic Computer, or UNIVAC, one of the card-reading behemoths. Appropriately enough, the first UNIVAC delivered, in 1951, was to the U.S. Census Bureau, still hungry to improve its data processing capabilities.

No, computer users would not use punched cards forever, but they used them through the Apollo Moon-landing program and the height of the Cold War. Hollerith would likely have recognized the direct descendants of his 1890s census machinery almost 100 years later.

This is an updated version of an article originally published on October 15, 2019.

This article is republished from The Conversation under a Creative Commons license. Read the original article here: https://theconversation.com/how-the-us-census-led-to-the-first-data-processing-company-125-years-ago-and-kick-started-americas-computing-industry-172850.