The Japanese technology company is struggling in the wake of risky investments. 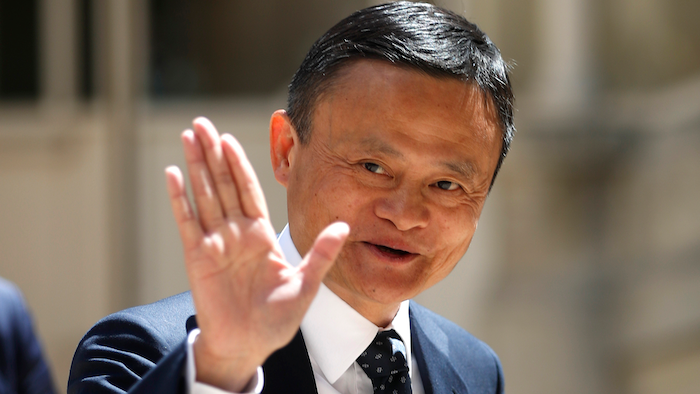 TOKYO (AP) — Chinese billionaire Jack Ma is stepping down from the board of SoftBank Group Corp., as the Japanese technology company struggles over its risky investments such as office-sharing venture WeWork.

Tokyo-based SoftBank announced Ma's resignation Monday, ahead of releasing financial results. It did not say why he was leaving.

Ma, co-founder of Chinese e-commerce giant Alibaba, has been focusing on philanthropy lately, such as donating masks and test kits to help in the efforts against the new coronavirus pandemic.

Also Monday, SoftBank said it was buying back its own shares, of up to 500 billion yen ($4.7 billion) in value, to shore up its bottom line.

SoftBank is a major investor in Alibaba. Ma, who joined the SoftBank board in 2007, has a close relationship with SoftBank founder and Chief Executive Masayoshi Son.