The U.S. Department of Agriculture convened a recent "coexistence" workshop in North Carolina in an effort to bridge the wide gulf between proponents and critics of genetically modified crops. 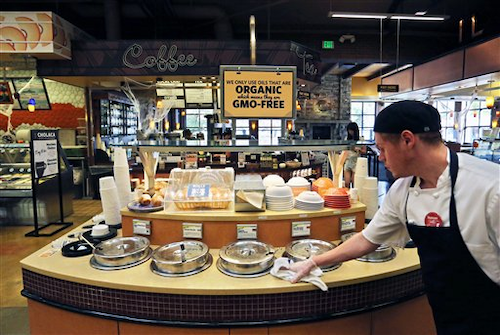 The U.S. Department of Agriculture convened a recent "coexistence" workshop in North Carolina in an effort to bridge the wide gulf between proponents and critics of genetically modified crops.

Instead, a report from the Wall Street Journal suggested USDA officials only heard more of the same from both sides of the GMO issue. Supporters said modified plants are safe and have the potential to feed a growing population; opponents questioned their potential impact on both the environment and on public health.

"For retailers to talk about one production system over another as being the gold standard disparages the production system I use, and I don’t think that’s conducive to having a conversation about coexistence," said Ron Moore, an official with the American Soybean Association.

The pro- and anti-GMO factions each acknowledged the heavy cost of their spat, largely due to political fights over GMO production restrictions and over labeling requirements on products containing modified crops.

This month alone, lawmakers in Oregon and Rhode Island floated GMO labeling requirements in those states, while a federal judge in Hawaii weighed delaying a lawsuit over Maui's moratorium on GMO production as state lawmakers consider bills that would scrap the ban approved by Maui County voters last year.

On the regulatory and agricultural fronts, however, GMOs appear to be steadily gaining acceptance in the marketplace. More grain storage facilities plan to purchase modified corn this year, while the USDA recently approved apples that resist turning brown and potatoes with lesser amounts of acrylamide, a suspected carcinogen.

USDA Secretary Tom Vilsack told the agency’s GMO workshop that he wants to begin “finding a path forward” on the issue, but he suggested at a congressional hearing last month that consumers could someday be able to use their smartphones to find information about foods at supermarkets—including whether or not they contain GMOs.

"Industry could solve that issue in a heartbeat," Vilsack said.