The Myth Of America's Manufacturing Renaissance: Q&A With Adams Nager 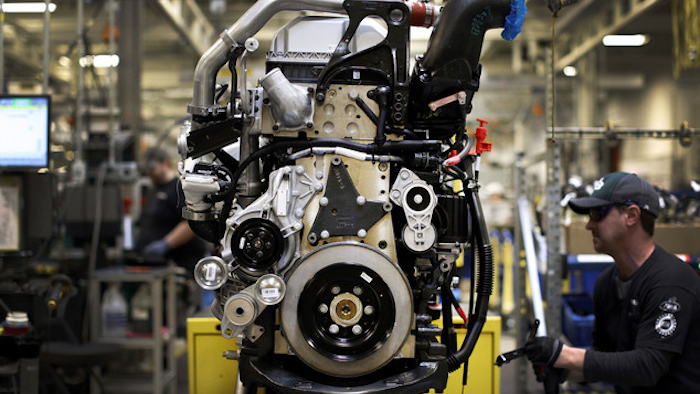 According to Nager's January 2015 report, "It is easy to get the impression that American manufacturing has entered a new and exciting period of revival. Many in the media, along with consulting firms and economists, now tout the term “manufacturing renaissance” to describe this so-called revival...If only that were true."

I recently had the chance to talk with Nager about the process of writing the report and his findings:

Bridget Bergin (BB): Can you describe your report, how you conducted research, and why you were interested in investigating the “Myth of America’s Manufacturing Renaissance”?

Adams Nager (AN): The impetus for this report came largely from reading articles which sounded too good to be true. ITIF has previously written about the severe decline of the U.S. manufacturing sector since 2000, and so my co-author, ITIF President Rob Atkinson, and I had a solid background to build off of. Following up on the sources behind the articles citing a renaissance, we were surprised at how weak the analysis that perpetuates the idea of resurgence was. We wanted to take a deeper look at the facts and try to paint an accurate and unbiased view of the industry to be used as a road map for policymakers with the power to support U.S. manufacturing.

AN: First, people like to hear that things are going well. People have been out of work and have seen too many factories leave. The 2000s did not have a single year of manufacturing job growth. We have had four straight years since the beginning of the new decade. However, growth is not resulting from the United States becoming more competitive but from companies, especially auto companies, gradually increasing production as demand recovers from the Great Recession.

The auto industry is the key driver. In 2009, automotive sales plummeted. Consumers were saving not spending, uncertainty was high, confidence was low, gas prices were soaring, and credit was hard to acquire. As a result, manufacturers scaled back drastically. Between 2007 and 2009, employment in the motor vehicle industry decreased by 32 percent and real value added decreased by 64 percent, from $136 billion in 2007 to just $48 billion in 2009. In 12 months, factories producing automobiles went from utilizing over 80 percent of production capacity to utilizing under 40 percent.

From 2010 on, the automotive industry has rebounded. As demand recovered between 2010 and 2013, the cyclical motor vehicle industry accounted for 28 percent of jobs gained and 122 percent of real value added growth. This means that if you excluded motor vehicles, real value added growth in manufacturing would have been negative during that time period. However, employment numbers are still 17 percent below pre-recession levels.

This demand-driven recovery makes sense given our increasing trade deficit. If reshoring really was driving growth, we would expect to see a reduction in the trade deficit. Instead, the trade deficit has actually grown by 11 percent from 2010 to 2013, as consumers increase spending on foreign goods.

BB: You write a great deal about the myth of reshoring. What are some common misconceptions about reshoring?

However, none of these trends have the power to significantly alter outcomes, and several are not even true. Global shipping costs were abnormally high up until 2008 but are now back to normal. The dollar was just as devalued as it was in the mid-2000s, when the jobs left in the first place, and through its role as a currency of last resort, its fluctuations are tied to more than just the performance of the U.S. economy. Shale gas has the potential to impact a narrow segment of the economy, but has so far struggled to produce results even in related industries, with over 10 percent real value added losses seen in both the petroleum and chemicals industries. Additionally, slightly lowered energy costs have no significant impact on the average manufacturer. Chinese manufacturing wages, while on the rise, are still just 12 percent of U.S. manufacturing wages. And finally, U.S. labor productivity growth does not outpace competitor nations. Instead, it is roughly comparable to most European nations and well behind countries such as South Korea and China. Strong Chinese labor productivity growth indicates that China is acquiring human capital and expanding into higher value added industries.

BB: You briefly mention automation and robotics in your report, saying that the new technologies are interesting, but not making a huge dent in productivity. Do you anticipate any drastic changes in productivity in the next few years as technology improves and becomes more widely used? Do manufacturers have anything to fear from increased automation, or is that, too, mythologized?

AN: Automation is allowing large jumps in productivity, just not in the United States. Contrary to popular belief, the United States lags in adopting automation. In both 2012 and 2013, China purchased more robots than the United States. Controlling for GDP, Germany and Japan both purchased over 3 times as many robots, and Korea purchased 9 times as many. The current big advantage of China and other low-cost competitors is the low cost of labor, which robots and other high-tech manufacturing processes could help negate. However, if China or other nations continue to outpace us in the adoption of automation technology, this advantage will disappear. It is a common misconception that new technologies destroy jobs. Instead, innovations like robots and computers help us do our jobs better. The problems facing U.S. manufacturing are not that there are not enough things to make, but that we are not as efficient enough at making them as others. Companies and countries who invest in automation increase productivity, become more competitive, capture more of the market, and ultimately employ more workers.

BB: Your report ends on a slightly hopeful note: things are getting better, but slowly. What are your predictions for American manufacturing in 2015?

AN: Predicting the future is always tough. My best guess is that 2015 will be comparable to the last 4 years, with around 150,000 jobs recovered and perhaps 1 percent real value added growth, all of it from durable goods industries like metals and motor vehicles as cyclical forces continue to drive temporary growth. Beyond 2015, outcomes will depend heavily on whether Congress and the Administration make manufacturing a priority. With little emphasis, expect to see a return to the trend that manufacturing has followed since 2000, employment losses totaling around 2 percent a year and null or slightly negative real value added growth.

Is America in the middle of a manufacturing revival, or is this idea based on misconceptions? Read more and download the full report as a PDF here.