Mercedes-Benz To Invest $1B In Alabama, Add 600 Jobs

Carmaker Mercedes-Benz announced Thursday that it will invest $1 billion to set up electric vehicle production at its Tuscaloosa, Alabama plant and to build a battery factory nearby, moves it said would create 600 new jobs. 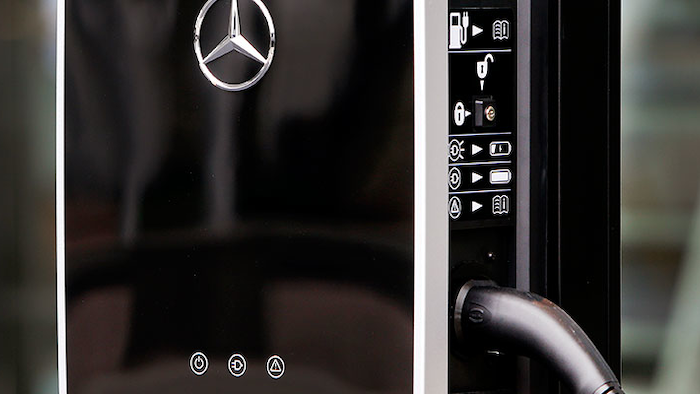 FRANKFURT, Germany (AP) — Carmaker Mercedes-Benz announced Thursday that it will invest $1 billion to set up electric vehicle production at its Tuscaloosa, Alabama plant and to build a battery factory nearby, moves it said would create 600 new jobs.

The luxury division of Germany's Daimler AG said it plans to manufacture electric SUVs under Mercedes' EQ sub-brand at the Alabama plant by the start of the next decade.

Mercedes executive Markus Schaefer said in a statement that "with the addition of electric SUVs to our future fleet, we will provide discerning drivers with a new, high-quality automotive option."

Daimler, based in Stuttgart, Germany, is among the global automakers investing in what they hope will be the automotive technology of the future, combining low-emissions electric propulsion with autonomous driving technology and new forms of getting around such as sharing cars ordered through a smartphone app.

At the Mercedes-Benz U.S. International facility in Tuscaloosa, workers assemble the GLS, GLE and GLE Coupe SUVs for the global market as well as the C-Class sedan for North America. The company says it employs 3,700 people and supports another 7,000 jobs at the 1,000-acre (400 hectare) site.

The first EQ production model, the EQC, is expected to go into production in Bremen, Germany in 2019.

The Alabama battery plant will join facilities in Germany and China; construction is to begin next year on the 1 million square-foot (92,900 square-meter) facility, which is planned to start operating at the beginning of the next decade.