Cheap solar panels imported from China and other countries have led to a boom in the U.S. solar industry. 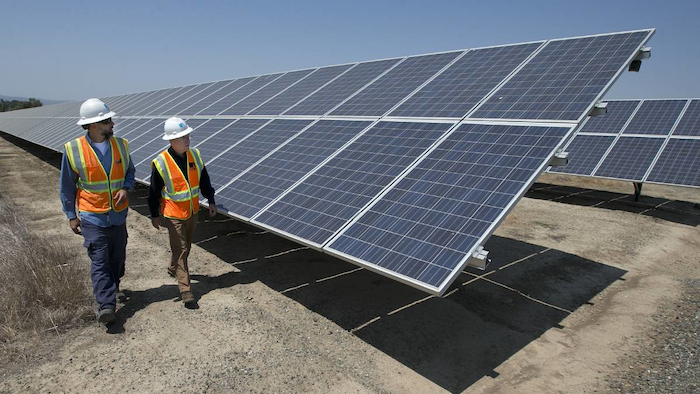 Cheap solar panels imported from China and other countries have led to a boom in the U.S. solar industry, where rooftop and other installations have surged 10-fold since 2011.

But two U.S. solar manufacturers say the flood of imports has led one to bankruptcy and forced the other to lay off three-quarters of its workforce.

The International Trade Commission is set to decide Friday whether the imports, primarily from Asia, are causing "serious injury" to the companies. If so, the commission will recommend this fall whether the Trump administration should impose tariffs that could double the price of solar panels from abroad.

President Donald Trump has not cozied up to the solar industry, as he has for coal and other fossil fuels, but he is considered sympathetic to imposing tariffs on solar imports as part of his "America first" philosophy. A White House spokeswoman declined to comment Thursday.

Both sides of the dispute were making their case ahead of Friday's meeting.

"Simply put, the U.S. industry cannot survive under current market conditions," a lawyer for Georgia-based Suniva Inc. wrote in a petition filed with the commission. Suniva brought the case with Oregon-based SolarWorld Americas.

Governors of four solar-friendly states — Nevada, Colorado, Massachusetts and North Carolina — oppose the tariff, warning it could jeopardize the industry. They cited a study showing that a global tariff could cause solar installations to drop by more than 50 percent in two years, a crushing blow as states push for renewable energy that does not contribute to climate change.

"The requested tariff could inflict a devastating blow on our states' solar industries and lead to unprecedented job loss, at steep cost to our states' economies," the two Republicans and two Democrats wrote in a letter Thursday to the trade commission. 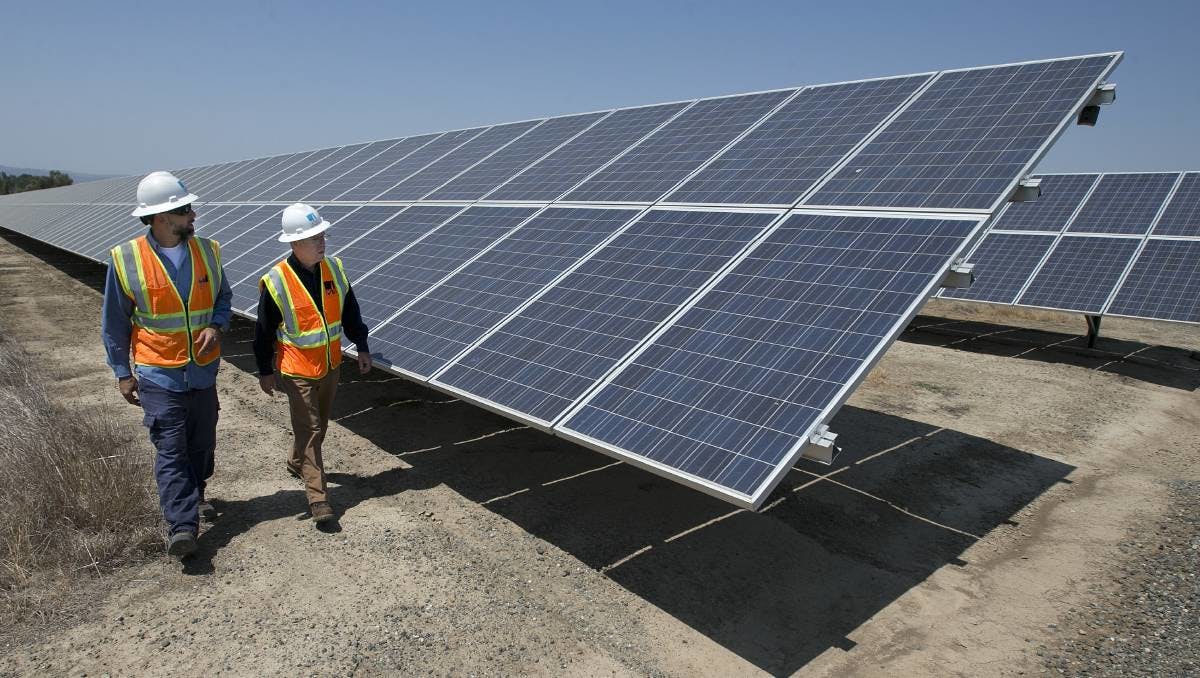 A group of former U.S. military officials also urged the Trump administration to reject solar tariffs, noting that the Defense Department is the nation's largest energy consumer and follows a federal law calling for the Pentagon to procure 25 percent of its energy from renewable sources by 2025.

Suniva called the case a matter of fairness. Even with better manufacturing methods, lower costs and "dramatically improved efficiency," the company has "suffered substantial losses due to global imports," Suniva said in its petition. The company declared bankruptcy this spring after laying off 190 employees and closing production sites in Georgia and Michigan.

SolarWorld Americas, meanwhile, has trimmed its workforce from 1,300 to 300, with more cuts likely.

"After nearly 30 factories have shut down in the wake of surging imports, the legacy of this pioneering American industry hangs in the balance," said Juergen Stein, CEO and president of SolarWorld Americas.

"We believe that the promise of solar - energy sustainability and independence - can be realized only with healthy American manufacturing to supply growing U.S. demand," Stein said in a statement to The Associated Press.

In a twist, the main trade group for the solar industry opposes tariffs and calls the trade case "an existential threat" to the industry.

"The stakes are exceedingly high. We are talking about 88,000 people in this country who could lose their jobs if these tariffs are put in place," said Abigail Ross Hopper, president of the Solar Energy Industries Association, which represents an array of solar companies.

A global tariff could cause a sharp price hike that could force the U.S. to lose out on solar installations capable of powering more than 9 million homes over the next five years — more than has been installed to date, Hopper said. States could lose out on billions of dollars of infrastructure investment, she added.

Suniva and SolarWorld have themselves to blame for their struggles — not pressure from overseas, Hopper said.

"Here is the real story of this case: We have two foreign-owned, poorly managed companies using U.S. trade laws to put U.S. manufacturers out of business and causing U.S. employees to lose their jobs," she said.

Indeed, while Suniva's U.S. operations are based in Georgia, the company's majority owner is in China. SolarWorld Americas is a subsidiary of German solar giant SolarWorld, which declared insolvency last month.

If an injury finding is made, the trade commission would have until mid-November to recommend a remedy to the president, with a final decision on tariffs expected in January.