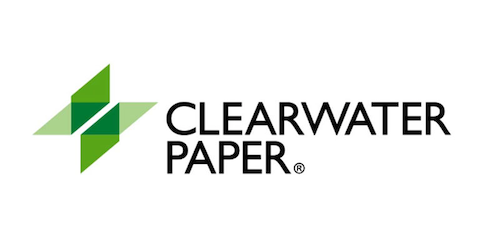 "As an integral step in our overall strategy to optimize our operations through better asset utilization, we will be taking these difficult but necessary actions while delivering on our growth objectives,” said Pat Burke, group president for Clearwater Paper.

Clearwater Paper intends to run its Oklahoma City facility until its permanent closure on March 31, 2017. All of the facility’s 131 employees will be impacted. The facility converts large parent rolls of tissue into packaged products.

“Because of significant productivity gains from our cost and optimization programs across the company, we expect Oklahoma City’s production to be effectively absorbed and more efficiently supplied by other Clearwater Paper facilities,” said Glenn Taylor, vice president of manufacturing for Clearwater Paper’s consumer products division.

Also, as part of an overall facility optimization and restructuring plan, Clearwater Paper’s Neenah location will permanently shut down two of the company’s highest-cost tissue machines, affecting approximately 85 of the facility’s approximate 400 employees and removing a total production capacity of 32,000 tons beginning Dec. 31. Three remaining tissue machines will continue to manufacture an array of private label and away-from-home tissue products.

“Although a difficult decision when considering the impacted employees at Neenah, we expect the plant’s restructuring to lower our overall costs and significantly strengthen the facility,” said Taylor.

The company will work closely with state employment agencies to assist employees in receiving training, educational benefits and other benefits that enable them to find new employment as quickly as possible. The company will also provide private career assistance services to help employees through this difficult time.

The company expects the total impact of non-recurring exit related costs to be approximately $13 to $16 million, $4 to $6 million of which is expected to be incurred this year with the remainder in 2017. The cost savings benefits resulting from the facility consolidation and optimization are expected to be $10 million on an annual basis, with $7 to $9 million in 2017, which will contribute to the company meeting its previously announced operational improvement target.

"Clearwater Paper’s employees remain our primary consideration and we are working to do as much as we can for those affected by utilizing all resources to help them through this difficult time," said Pat Burke. "We are working with local and state agencies to supply multiple job options to the employees."