Taking Out The (Galactic) Trash: How One Startup Plans To Profit Off Of Space Waste

The European Space Agency estimates that there are about 170 million bits and pieces of junk orbiting in various debris fields above Earth. 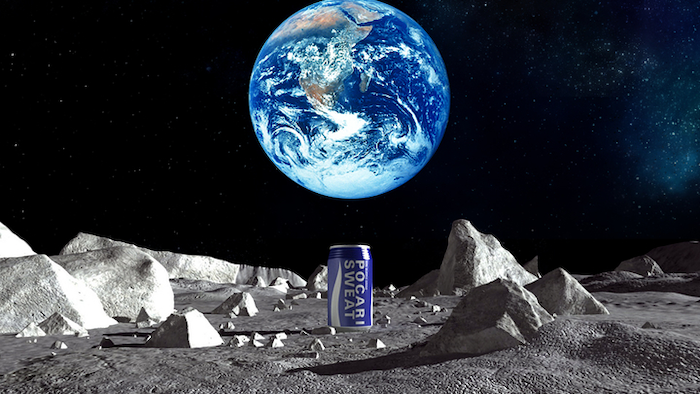 Space may look vast and empty from down here, but up in orbit, it’s cluttered with decades of trash.

The European Space Agency estimates that there are about 170 million bits and pieces of junk orbiting in various debris fields above Earth. About 29,000 pieces are bigger than 10 cm — a size that could shatter a spacecraft into pieces. And with companies like SpaceX and Virgin Galactic hoping to usher in a new era of space exploration and commercial spacecraft, the chances for a catastrophic collision are only increasing.

While space agencies have made strides to clean up their act and not add to the litter, regulators have struggled to find a sure-fire solution for dealing with the existing waste.

But, one planet’s trash could be someone else’s treasure. At least that’s what a Japanese startup called Astroscale hopes. Founded by Mitsunobu Okada, the company plans to tackle the problem of space waste — and make money in the process.

“Let’s face it, waste management isn’t sexy enough for a space agency to convince taxpayers to allocate money,” Okada said in a New York Times report. “My breakthrough is figuring out how to make this into a business.”

Okada said the benefit of a private business, rather than a government agency, taking on the task is that it is likely to get solved sooner.

"I came from the startup world where we think in days or weeks, not years,” Okada said.

His plan involves two steps. First, the company will launch a 50-pound satellite on a Russian rocket next year, which will more accurately map the various debris fields above Earth. Okada then plans to sell those maps to satellite operators and space agencies.

The harder part will be taking out the trash. For that task, Astroscale plans to orbit a larger craft covered in an adhesive specially designed to catch the floating pieces of junk. It’s nowhere near as simple as it sounds.

“Imagine trying to grab a spinning skater on an ice rink,” said Raymond J. Sedwick, a professor of aerospace engineering at the University of Maryland, “except, instead of a person, it’s an S.U.V. And instead of you being there in person, you’re remotely flying a drone, the lighting is bad, you have limited sensory data, there is no obvious place to grab onto, and you might be operating under a time delay.”

After Astroscale’s craft has done its dirty work, the craft and debris stuck to it will burn up on re-entry.

The edge Okada says it has over other proposals for cleaning up space, such as using a giant robotic arm or nets, is Astroscale’s low-cost and light-weight approach of using an adhesive, rather than expensive, highly technical equipment.

At first, Astroscale plans to contract out to companies that have failing satellites they want removed. After perfecting its technology, Okada says the company will move on to cleaning up more random debris.

Astroscale hopes to launch its clean-up attempt in 2018.