More than 80 local jobs will be lost as a maker of surgical lighting systems has announced plans to close a South Carolina facility. 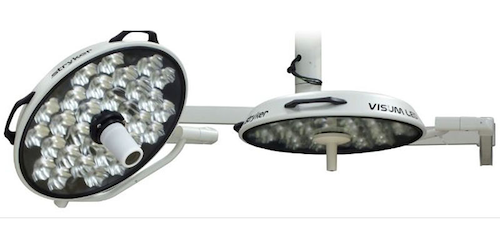 More than 80 local jobs will be lost as a maker of surgical lighting systems has announced plans to close a South Carolina facility.

Last week Stryker Corp notified officials that it will cease operations at the 50,000-square-foot North Charleston plant by Dec. 31. According to The Post and Courier, a handful of workers will remain at the site into 2017.

"The closing... is expected to be permanent, and the entire site is to be closed," said Chad Croasdale, vice president and general manager at Stryker.

According to the Associated Press, the closure will result in 88 jobs lost —53 fulltime and 35 temporary positions.

Croasdale told the Post and Courier that affected workers could apply for other jobs within Stryker. The work will be moved to sites in Texas and Germany.

According to the Post and Courier, the North Charleston business was opened by German manufacturer Berchtold GmbH in 1988 after moving from Stamford, CT. The location eventually became the company’s North American headquarters. Stryker bought the business in 2014.

Employees were notified of the closure last year. Croasdale says the closing was based on “a careful and detailed analysis”, according to the Post and Courier.