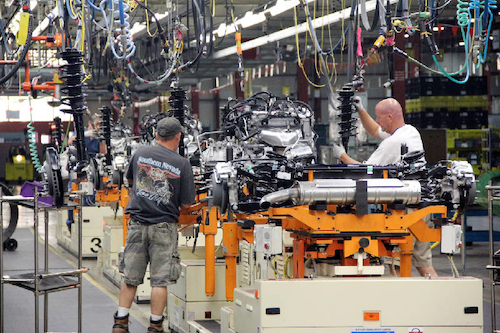 The index also eclipsed the 50 percent threshold — which reflects manufacturing expansion -- for the second consecutive month.

The index of new orders, meanwhile, fell by 3 percentage points to 52.1 percent while the order backlogs index fell for the fourth consecutive month, by 4 percentage points, to 45.5 percent.

The indexes for both exports and imports also increased last month, the survey found.

The PMI reflected growth in the broader economy for the 89th consecutive month.

The committee also asked supply executives about what impact, if any, they experienced from the bankruptcy declaration by Korean shipping giant Hanjin.

A majority saw no impact at all, while another 30 percent identified a "small, not material impact" and 13 percent found a "manageable" effect.

Less than 1 percent said they experienced a "large material impact" from the bankruptcy and subsequent stranding of billions in cargo on Hanjin vessels.