Upstate Shredding has announced the construction of its new heavy media plant in Owego with the assistance of a $1 million NY ESD grant awarded earlier this year from the State of New York. 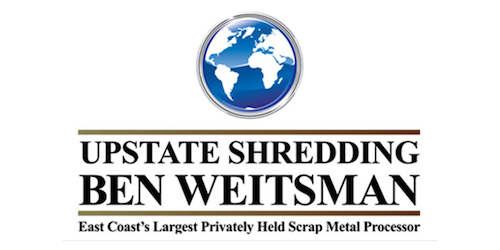 Owego, NY — Upstate Shredding has announced the construction of its new heavy media plant in Owego with the assistance of a $1 million NY ESD grant awarded earlier this year from the state of New York. The Southern Tier was one of three regions awarded $500 million in $1.5 billion Upstate New York revitalization funding. The $500 million is the largest infusion of economic development ever in the region.

The project plans for a capital investment of $7.5 million, all of which will be privately funded beyond the $1 million dollar grant, and would create approximately 25 new full time positions in the Southern Tier region. The new dry media plant contains state-of-the-art processing technology that will further process zorba, a shredded mix of non-ferrous metals consisting primarily of aluminum generated by eddy-current separator or other segregation techniques, to separate out the aluminum from the heavies (copper, brass, zinc and stainless). As the East Coast’s largest privately held scrap metal processor, Upstate Shredding – Weitsman Recycling will feed the media plant with its two company owned shredders in Owego, NY and New Castle, PA and will also be buying material from outside sources throughout North America. The new plant is scheduled to be fully staffed and operational in late December.

The plant will be enclosed in a new 20,000-square-foot building which will be built at 1000 State Route 434 in Owego, the former 3.5-acre site of 84 Lumber that Weitsman purchased earlier this year. The technology was purchased from SGM Magnetics, a North American leader in magnetic and sensor technology specializing in ferrous and non-ferrous metal separation. SGM Magnetics will  supply a complete dry media plant for upgrading zorba sized between ¾” to 5”. The system is designed for up to 15 tons of zorba per hour, separating the light metals (aluminum) from the heavy non-ferrous metals. The media plant will be one of only a few operational in the United States. This state-of-the-art equipment will take Upstate Shredding’s single zorba product and produce four high quality commodities: twitch, circuit boards extracted by color sorting technology, aluminum and a heavies package.

In addition, Upstate Shredding is installing a separate media plant at the same location in order to sort the ¾ inch and under fraction of zorba which uses an alternate technology.

“We are grateful to Upstate Shredding for their trust in us to bring superior scrap processing technology to their operation in Owego. SGM Magnetics is not only supplying the equipment but also building the entire plant. We have decided to team up with U.S. Conveyor as our supplier due to their unmatched quality on their fabrication as well as their great staff,” commented Ernesto Tirado, Engineering Manager of SGM Magnetics.