Three scientists won the Nobel Prize in chemistry on Wednesday for developing the world's smallest machines, 1,000 times thinner than a human hair but with the potential to revolutionize computer and energy systems. 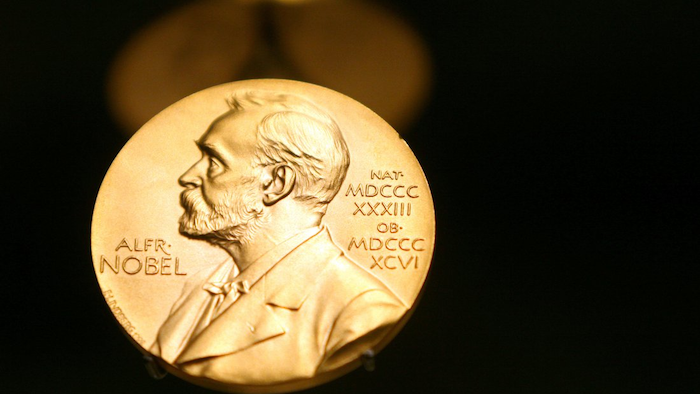 STOCKHOLM (AP) — Three scientists won the Nobel Prize in chemistry on Wednesday for developing the world's smallest machines, 1,000 times thinner than a human hair but with the potential to revolutionize computer and energy systems.

Machines at the molecular level have taken chemistry to a new dimension and "will most likely be used in the development of things such as new materials, sensors and energy storage systems," the academy said. 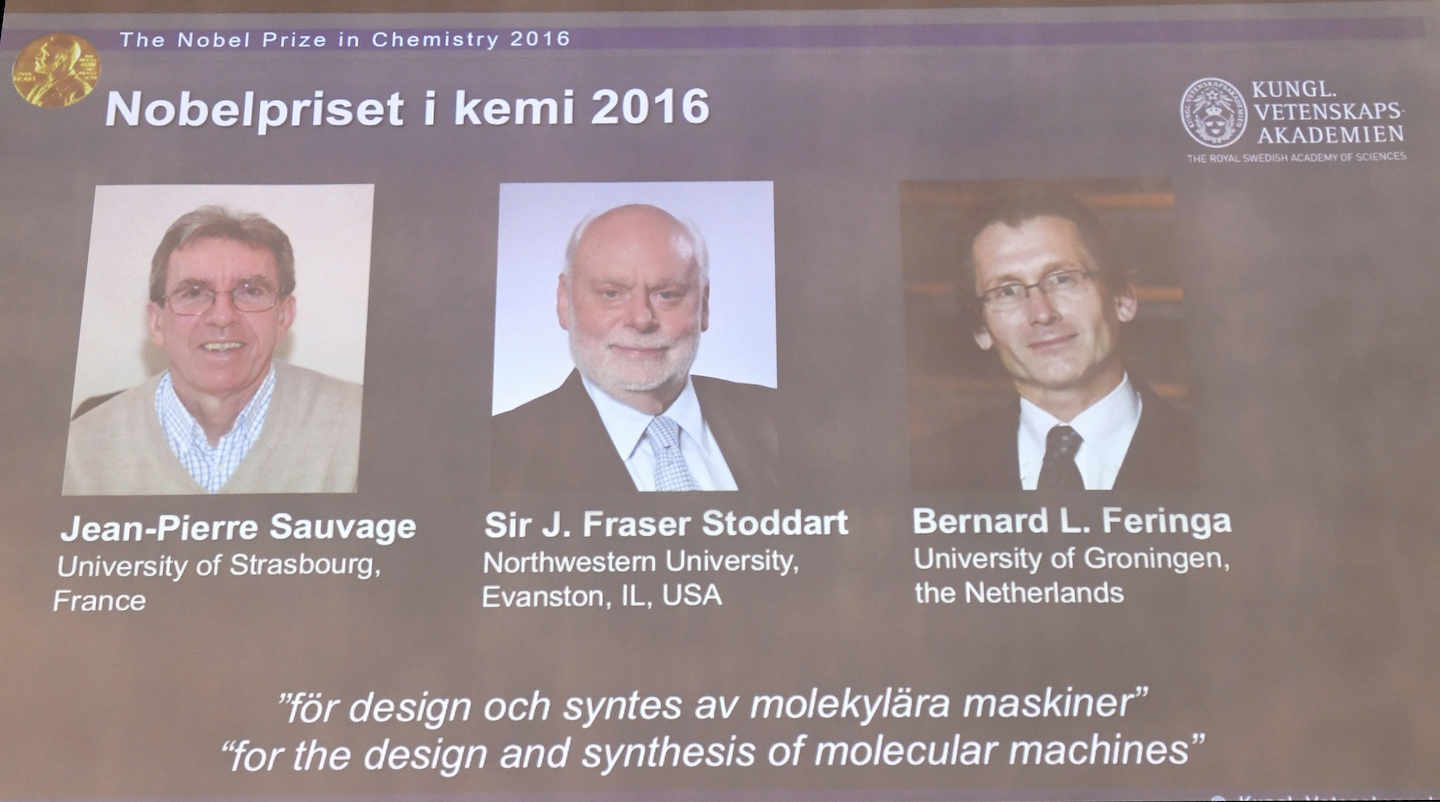 Practical applications are still far away — the academy said molecular motors are at the same stage electrical motors were in the first half of the 19th century — but the potential is huge.

Stoddart, 74, a chemistry professor at Northwestern University in Evanston, Illinois, has already developed a molecule-based computer chip with 20 kB memory. Researchers believe chips so small may revolutionize computer technology the way silicon-based transistors once did.

Feringa, a professor of organic chemistry at the University of Groningen, the Netherlands, leads a research group that in 2011 built a "nanocar," a minuscule vehicle with four molecular motors as wheels.

Sauvage is professor emeritus at the University of Strasbourg and director of research emeritus at France's National Center for Scientific Research.

The academy said the laureates' work has inspired other researchers to build increasingly advanced molecular machinery, including a robot that can grasp and connect amino acids, the building blocks of proteins. Researchers are also hoping to develop a new kind of battery using this technology.

"I feel a little bit like the Wright brothers, who were flying 100 years ago for the first time and then people were saying 'why do we need a flying machine?'" Feringa, 65, told reporters in Stockholm by phone. "And now we have a Boeing 747 and an Airbus. So that is a bit how I feel."

"I have won many prizes, but the Nobel Prize is something very special. It's the most prestigious prize, the one most scientists don't even dare to dream of in their wildest dreams," he said.

Stoddart's daughter Alison said he was "absolutely ecstatic" at the honor.

Molecular machines are molecules with controllable movements, which can perform a task when energy is added, the academy said.

It said Sauvage made the first breakthrough in 1983 when he linked two ring-shaped molecules together to form a chain. Stoddart took the next step in 1991 by threading a molecular ring onto a molecular axle, while Feringa was the first to develop a molecular motor in 1999 when he got a molecular rotor blade to spin continuously in the same direction.

The academy said the "miniaturization of machines" is just in its initial phase, with potentially "thrilling" developments ahead.

"The molecular motor is at the same stage as the electric motor was in the 1830s, when scientists displayed various spinning cranks and wheels, unaware that they would lead to electric trains, washing machines, fans and food processors," the academy said.

Donna Nelson, president of the American Chemical Society, said the winners met the challenge of not only making the machines, but also demonstrating that they worked as they were supposed to. Since they were operating on such a tiny scale, it's "a truly remarkable feat," she said.

The award "will generate a lot of interest in this field," Nelson said. And given the topic, "children are going to love it. ... They're the scientists of tomorrow."

The chemistry prize was the last of this year's science awards. The medicine prize went to a Japanese biologist who discovered the process by which a cell breaks down and recycles content. The physics prize was shared by three British-born scientists for theoretical discoveries that shed light on strange states of matter.

The Nobel Prizes will be handed out at ceremonies in Stockholm and Oslo on Dec. 10, the anniversary of prize founder Alfred Nobel's death in 1896.

Nobel, the inventor of dynamite, wanted his awards to honor achievements that delivered the "greatest benefit to mankind."