The mining and smelting side is facing weak aluminum prices — down about one-fourth in the past year largely due to a global glut. 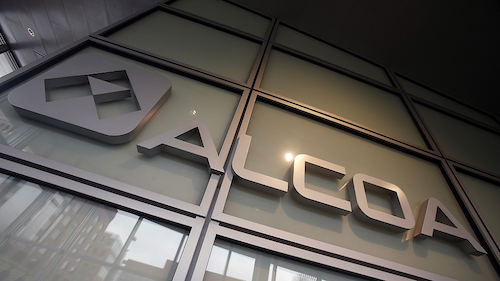 DALLAS (AP) — Alcoa Inc. flipped to a fourth-quarter loss of $500 million and revenue fell 18 percent as the metals producer continued to struggle with declining aluminum prices.

Alcoa plans to split into two companies later this year. One will produce lightweight metal products for cars and airplanes, while the other will continue Alcoa's traditional mining and smelting business.

The mining and smelting side is facing weak aluminum prices — down about one-fourth in the past year largely due to a global glut. Alcoa has curtailing high-cost smelters; it announced last week that it will close a smelter in Indiana and idle a plant in Texas.

Chairman and CEO Klaus Kleinfeld said Monday that with those low prices "most other companies would have been knocked out of their shoes." In an interview, he said that business will be much more profitable once commodity prices start rising, but he didn't predict when that would happen.

Alcoa unofficially kicked off the fourth-quarter earnings season. It reported a loss of $500 million compared with income of $159 million a year earlier. U.S. auto sales are strong, including SUVs and bigger cars, "which is very beneficial — large cars need more aluminum," Kleinfeld said.

The company said that excluding restructuring costs it would have earned 4 cents per share.

The New York company reported revenue of $5.25 billion, down from $6.38 billion a year earlier but better than the $5.30 forecast by 10 analysts, according to FactSet.

The shares fell 7 cents to $8 in regular trading before the report, then dropped 2 cents in after-hours trading. They have declined 19 percent so far this year, compared with a drop of about 6 percent in the Standard & Poor's 500 index.