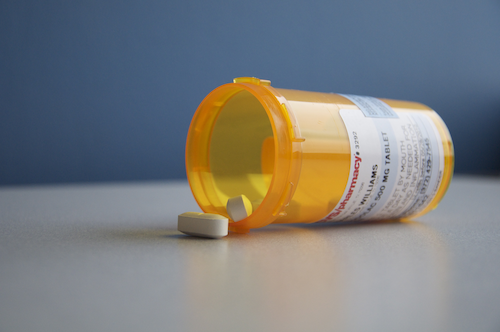 The vast majority of employers in Indiana were impacted by prescription drug abuse, according to a newly released poll from a state task force and the National Safety Council.

Only one-third of respondents, however, expressed "major concern" about opioid painkillers. Just more than half of drug testing programs screened for synthetic opioids and only 30 percent offered training programs about the workplace use of prescriptions.

Most are also not confident that they can spot the warning signs of prescription drug abuse.

"It is important for employers to understand that the most fatally abused drug today may be sitting in their employees' medicine cabinets," said NSC President Deborah A.P. Hersman.

The survey, organizers said, is the first of its kind in the U.S.

Drug poisonings increased fivefold since 1999 and rank higher than car crashes as the state's leading cause of fatal injuries.

"Beyond the loss of productivity, prescription abuse can cause impairment, injury and may lead employees to bad choices such as theft or embezzlement from the employer," Zoeller said.

The poll, conducted between May 13 and Aug. 20, solicited responses from human resources and safety professionals at Indiana companies with at least 50 employees. The margin of error was plus or minus 6.9 percent.