DENVER (AP) — A puzzling concentration of the greenhouse gas methane over the Southwestern United States appears to come mostly from leaks in natural gas production, scientists said Monday. Researchers identified more than 250 sources of a methane hot spot over the Four Corners region of Arizona,... 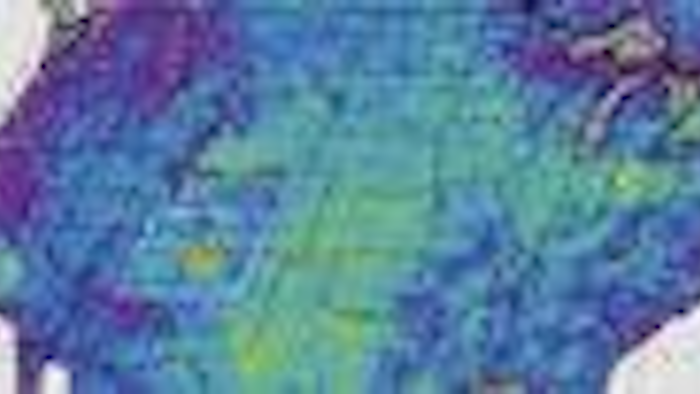 Researchers identified more than 250 sources of a methane hot spot over the Four Corners region of Arizona, Colorado, New Mexico and Utah. They include gas wells, storage tanks, pipelines and processing plants.

Only a handful were natural seeps from underground formations, and one was a vent from a coal mine, according to researchers at NASA's Jet Propulsion Laboratory and the California Institute of Technology. The findings were published in the Proceedings of the National Academy of Sciences.

The study said as much as two-thirds of the methane could be spewing from only about 25 locations.

Methane is a key component of natural gas. The hot spot is not a local safety or health issue, but methane does contribute to global warming. Methane is 86 times more potent for trapping heat in the short-term than carbon dioxide.

Evidence of the hot spot dates as far back as 2003, and a satellite image released in 2014 showed it in vivid color. But the origin wasn't clear.

The new study identified the sources with spectrometers aboard aircraft that flew 3,000 to 10,000 feet above the ground over about 1,200 square miles in the Four Corners in April 2015.

"Where we saw the biggest anomalies from space, that's where we put our target area," said Christian Frankenberg, lead author of the study.

Frankenberg said the researchers might have missed some plumes that were too slight to be detected by the sensors. He said other methane sources might be intermittent — detectable on some days but not others.

The study comes amid a national debate over whether and how much methane should be regulated. In May, the Environmental Protection Agency issued a rule to cut methane emissions from oil and gas production by nearly half over the next decade. Colorado imposed its own rules in 2014.

An environmental group said the number of methane sources the study found was concerning, but the fact that a small percentage is responsible for most of the hot spot means a solution is within reach.

"Since this is a problem with natural gas infrastructure, it's a problem that we can fix," said Jon Goldstein of the Environmental Defense Fund. "Once these leaks are detected by regular inspections, we can go out with a wrench or unstick a plugged valve."

Industry groups called the study a good first step but said its scope was narrow.

Energy companies want to minimize leaking methane because it's the product they sell, said Kathleen Sgamma of the Western Energy Alliance, a trade group. She said natural gas producers have reduced emissions while increasing production.

Frankenberg said the researchers didn't identify the operators of the leaking facilities in most cases, because they usually weren't aware of specific locations until they were analyzing the data after the flights.

Ground teams followed up by visiting some methane sources and recorded the emissions using special cameras.

It's rare that scientists see such immediate results, he said, "and it was a very gratifying experience."