The $3.1B Collaborative ‘Co-Bot’ Market Isn’t Hazard-Free To Humans 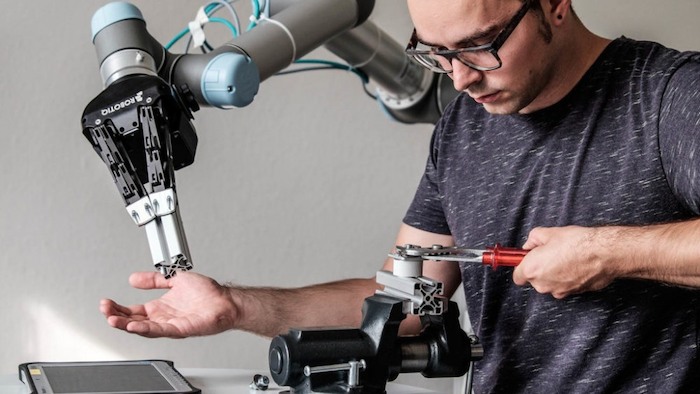 Science fiction is rife with scenarios of robots running amuck. While there is a healthy skepticism about the future of work and where robots fit in, today’s robots are mainly confined to industrial shop floors working at safe distances from humans.

There are more than 1.4 million active robots in use and as few as 27 fatal accidents in the last 30 years, the most recent one last year in an automotive plant in Germany. The safety record didn’t happen magically; it’s the result of strict safety guidelines and practices, instituted to keep humans and robots physically separated. But a new type of robot — the collaborative robot — that can work alongside humans without any additional safety devices is gaining increasing acceptance across a variety of industries.

The market for collaborative robots — aka co-bots — is set to skyrocket, going from $120 million in sales in 2015 to an estimated $3.1 billion by 2020, according to Barclays Equity Research.

As co-bots gain wider acceptance and deployment throughout industry, what are the risks associated with humans and robots working in close proximity without the benefit of safety devices, and what can be done to reduce accidents?

Co-bots have been on the market for more than five years. These robots are power and force limited, which means they can sense their environment. Traditional robots will move to their preprogrammed position no matter what happens; co-bots, however, are more sensitive to their environment and will stop when they feel an abnormal force.

There are many advantages in using these robots. First, they are easy to program (using hand-motions and containing a user-friendly interface), they have a small footprint and you don’t need to buy additional safety devices. At an average price of $24,000, according to Barclays, co-bots are well within the reach of smaller companies, which make up 70 percent of manufacturing globally. 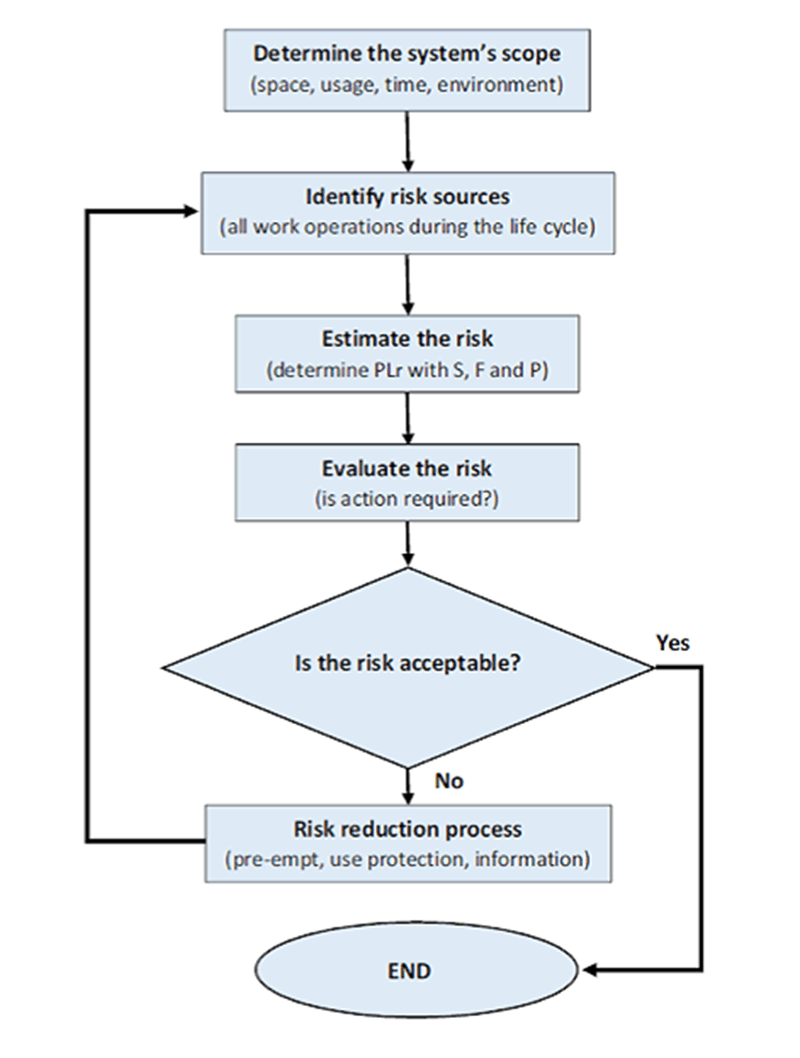 While co-bots were rapidly gaining acceptance, there were no standards regulating their use until this January, when an international technical specification was released. This document listed all body parts’ pain limits and translated this data into robot settings.

Is This Risk Acceptable?

The standard underlines the fact that a risk assessment should be done for each specific application. Since these co-bots operate without any fencing, there are several risks associated with their use. For example, imagine the robot is carrying a soft object. If the object touches a human, the robot feels an abnormal force and shuts down, no harm done; however, change that soft object into a sharp piece of metal and the situation has different ramifications.

This particular situation is the reason why the robot or the robotic cell is not evaluated individually, but as a whole and during its operation. The speed and/or force limits of the robot determine whether it’s a safe or unsafe situation.

The risk assessment itself is an iterative process with five different steps. First, the robot’s motions and operations are analyzed, resulting in a risk source identification. Then a risk estimation process is done using different criteria, such as severity of injury, exposure to hazard, and avoidance of the hazard. All of these criteria result into a performance level rating. Then, this result is graded from a very high risk to a negligible risk. Each and every risk is then evaluated and a question is asked: Is this risk acceptable? If so, the motions or the application can remain untouched, if not, a risk reduction process needs to be performed.

Risk assessment is not about avoiding hazards altogether, but about choosing one risk over another. For example, you may choose to accept the risk of a bruised fingernail so that you can avoid the risk of more serious injuries. 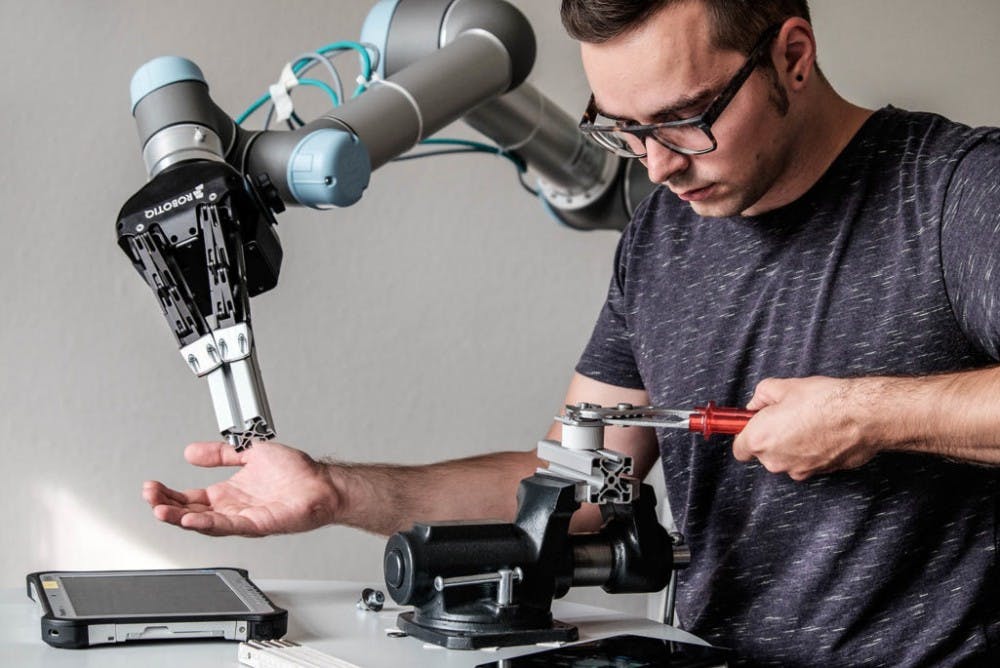 The new standard is still a technical specification, which means that the numbers are only guidelines. It isn’t approved as an official standard, since there is still data to collect and experiments to conduct.

The new standard is expected to be formally adopted in the next couple of years. Since the popularity of collaborative robots is rising, establishing standards were mandatory; adopting them is even more important.

As the risk assessment for collaborative robots becomes common to users, the transition from a technical specification to standardized practice will be transparent and help pave the way for safely incorporating this rapidly rising technology into the workforce.

Samuel Bouchard is president of Robotiq, based in Quebec City, Canada. The company’s focus is commercializing advanced grippers and sensors for robotic systems.

Mathieu Bélanger-Barrette is a technical writer for Robotiq, working as part of the R&D Engineering team. He is involved in the product development, manufacturing and installation process in the plant.