Photos Of The Day: Nicaragua’s Most Active Volcano Is Now Connected To The Internet

The goal of the project is to build a digital early warning system for eruptions. 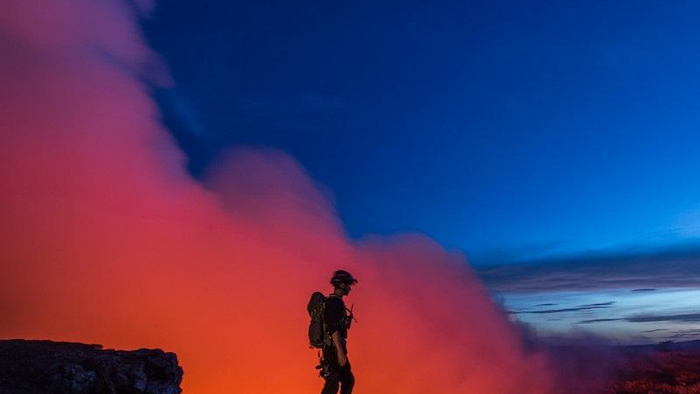 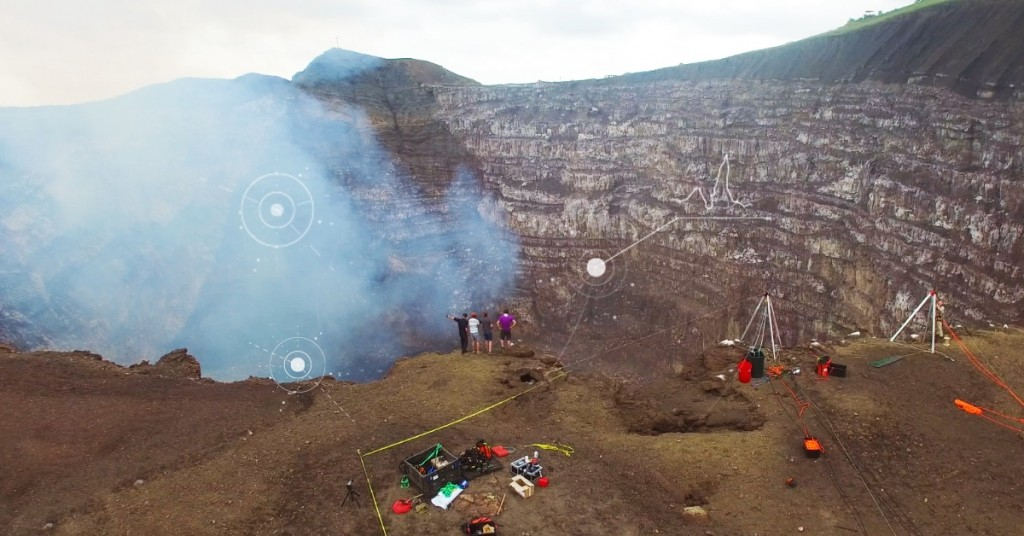 Sam Cossman is the human version of a heat-seeking missile. In fact, he craves heat to the extreme. Cossman, perhaps the world’s most prominent volcano explorer of the moment, spent the early part of August lowering himself into Nicaragua’s active Masaya Volcano, which is threatening people living in the area.

Clad in a silver suit that can withstand 1,000 degrees Fahrenheit, Cossman repeatedly descended 1,200 feet into the maw of a crater terminating in a bright orange lava lake and falls.

As breathtaking as it was, the feat was no stunt. He’s on a mission from the Nicaraguan government to install more than 80 sensors inside the crater. The sensors will feed data into Predix, a cloud-based software platform GE developed for the Industrial Internet. “We are basically bringing the first volcano online,” Cossman says. His digital media company, Qwake, is documenting the project. 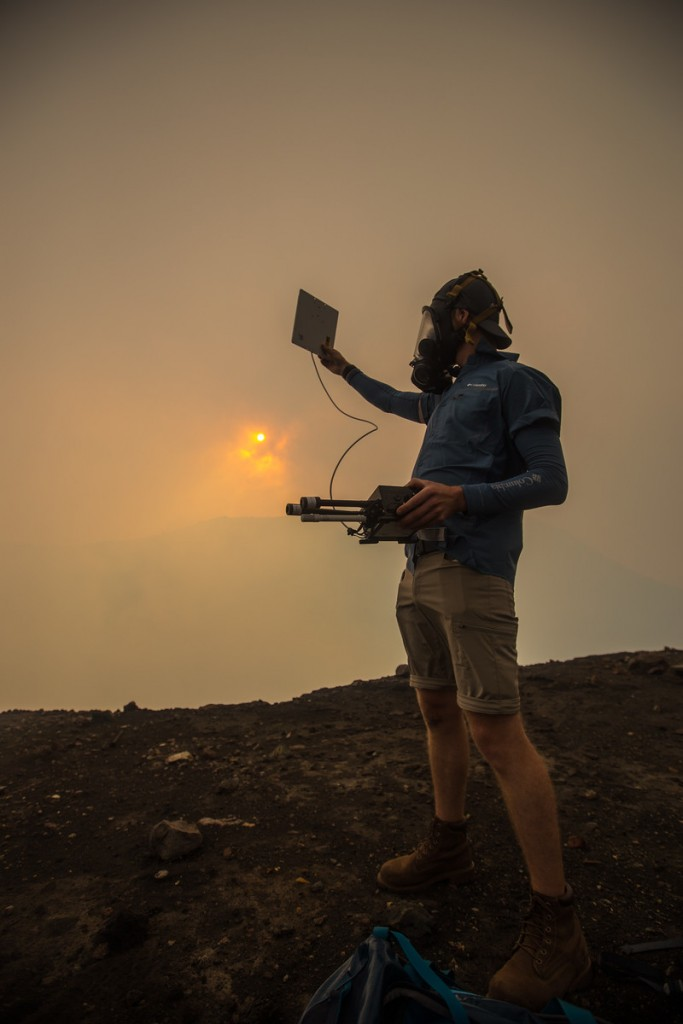 Hugo Nordell, the team’s lead engineer, is testing a solar panel for one of the sensors at the lip of the crater. (Image credit: @tmophotos, Qwake via GE Reports)

The goal of the project is to build a digital early warning system for eruptions. Data scientists will use the information to build a family of “digital twins” that can simulate the conditions inside the crater. But the team will also make the data available to anyone in the world who wants to build their own volcano applications and help keep Masaya in check.

We caught up with Cossman in Nicaragua, just as he was getting ready for another descent. Here’s an edited version of our conversation.

GE Reports: Why did you choose the Masaya Volcano?

Sam Cossman: This project came about because of a random email from an owner of a bed-and-breakfast below the mountain. He sent me a link to a video, and I was blown away by what I saw. It’s one thing to see a lava lake—there are maybe 10 permanent ones in the world—but this one was very unique.

GER: What caught your eye?

SC: The lake was not just a bubbling, churning pit of magma. This one looked like a waterfall more than a lake. It was a one-directional flow of lava going over a cliff. It hinted on the size of the magma chamber below. It could potentially endanger the lives of the people who were living next to the rupture. The government had already shut access to the volcano.

GER: How did you get to it?

SC: I got in contact with the government, and they agreed to an expedition. They wanted to know more about the mountain, a sleeping giant that had lain dormant for many years but suddenly was awoken and was causing a lot of concern and consternation. 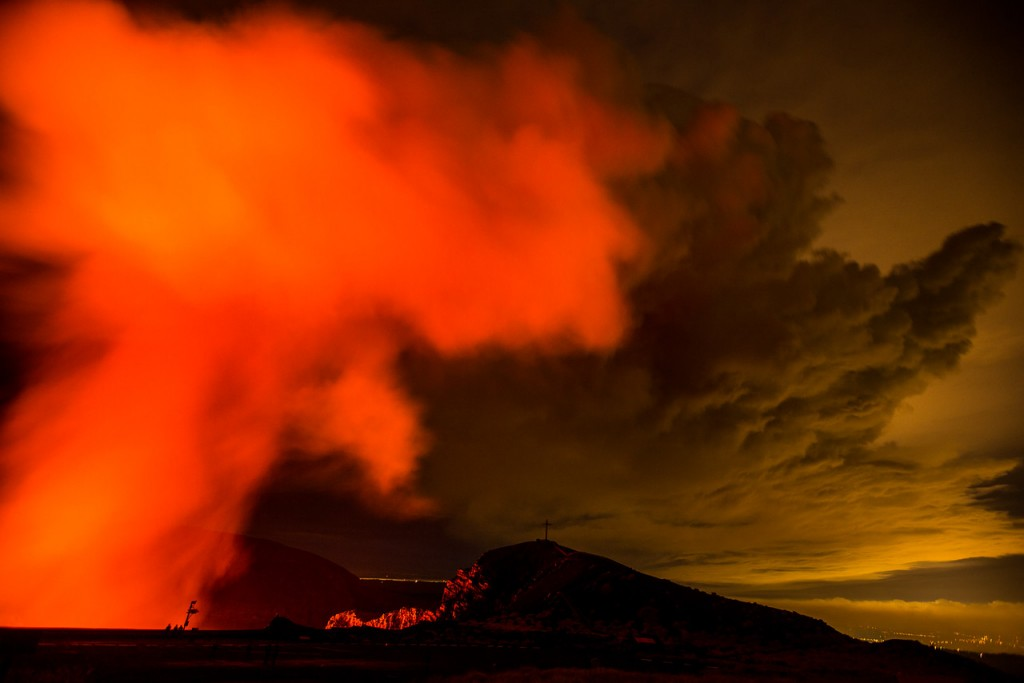 GER: Tell me about your team.

SC: Since we knew so little about the volcano, I assembled a team of people with a variety of skill sets. We have physicists, volcanologists, back-end software developers, data scientists, and of course a drone expert and production crew. We started to put the pieces in place to build out a system that would allow us to have a much better, more holistic sense of what was happening beneath the surface of this volcano.

GER: How did GE get involved?

SC: I knew Sam Olstein, director of innovation at GE, and we started talking about leveraging Predix. It just snowballed from there.

GER: Explain it to me.

SC: We essentially decided to create a digital plan of the volcano. Very rarely, if ever, has someone instrumented a volcano with this many sensors. I think it would be somewhat analogous to not feeling well and going to the doctor and having them look at one aspect of your body. It doesn’t really give you the full picture of what’s going on. To be able to look at this many parameters and then relate all those parameters to one another is really where the magic lies.

GER: What types of sensors did you use?

SC: We created a mesh network from more than 80 sensors. We’ll be measuring things like atmospheric pressure, temperature, various types of gasses—sulfur dioxide, hydrogen sulfide, carbon dioxide—as well as seismic data, gravity data with gravimeters and a number of other parameters in different places around and inside the volcano.

SC: They are about 3 inches by 4 inches. You can fit them in your hand. That said, they are pretty extreme. You’ve got a number of different things working against you, including noxious superheated gases that are extremely corrosive. Just to give you an idea, we left a brand-new stainless steel winch up there one night, and the next day we came back to it and it looked like it had been there for 200 years.

The heat itself can melt batteries inside the sensors, and then you have the plume. It’s is obviously also toxic but limits the solar radiation we use to charge the batteries, as well.

Essentially, most of the gear that we will be taking with us, including cameras, will be throwaways—thousands and thousands of dollars of stuff because of the corrosive nature of the sulfur dioxide and the various gases. That’s one element that we’ve got that we’re up against. 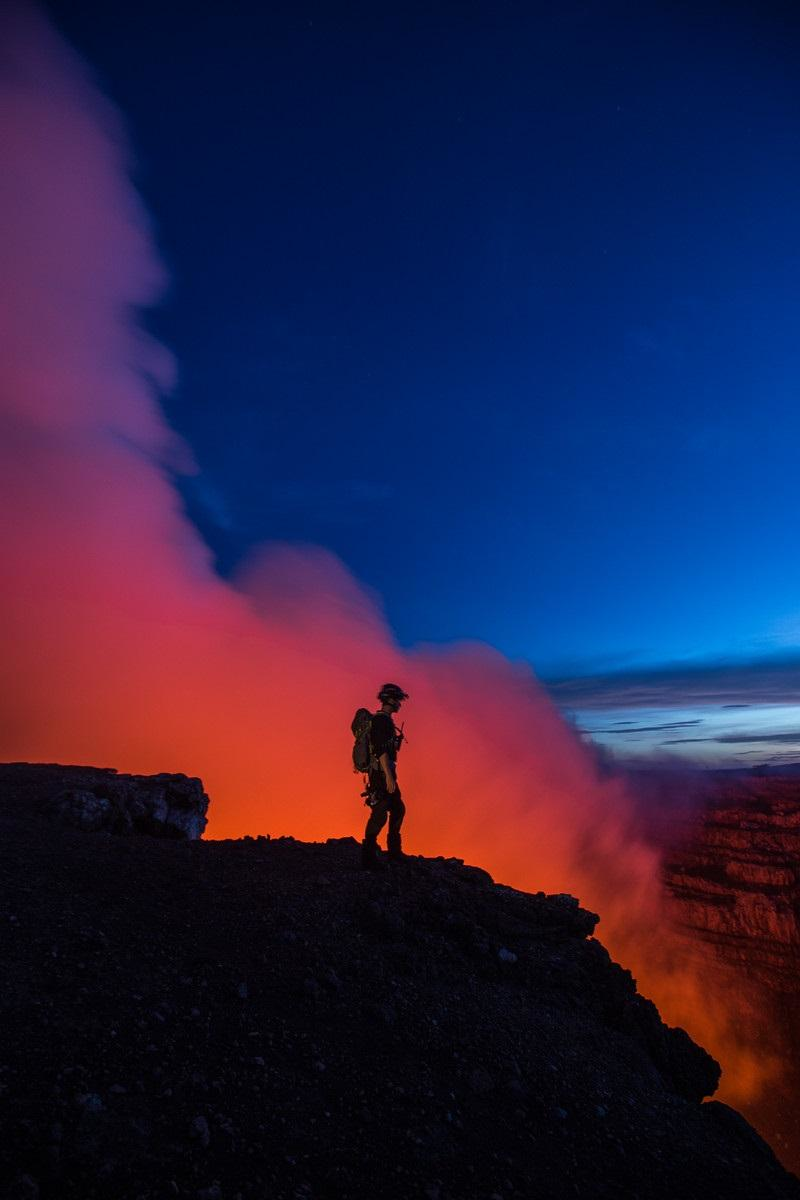 GER: Right, but the sensors will have to stay there and keep working after you leave. How do you protect them?

SC: We are working with Libelium, a company in Spain that builds the sensor nodes, which include an airtight enclosure the size of lunchbox. We will fill it with silicone and then pump out the air so there is vacuum inside.

GER: How do you get the sensors down there?

SC: We install them. We will be going down as deep as 1,200 feet (The Eiffel Tower is almost 1,000 feet tall.) The temperature is fairly linear, and it has to do with the proximity to the lava itself, as well as the line of sight. Where we intend to install the sensors, it probably won’t be more than 150 degrees Fahrenheit. We’ll be conducting other experiments and navigating and traversing around the bottom to look for our sensor installation locations. Some of those regions are as hot as 800 to 1000 degrees.

GER: How do you transmit the data?

SC: We will be installing sensor nodes both around and inside the volcano, and then we’ll be building two repeaters that will communicate with an internet portal about 2 kilometers away, at a visitor center at the entrance to the park. The data will travel over a 3G cellular network.

GER: What do you do with the data?

SC: We take all of the data in near real time and stream it to a database. We then use deep learning algorithms and AI to look for patterns in the data. We can learn from the patterns that begin to surface and associate them with specific volcanic processes that could be dangerous. For instance, if a certain gas starts becoming more prevalent in conjunction with elevated seismic data, it may mean that a body of magma is rising.

GER: What is the ultimate goal?

SC: We are building a digital early warning system. Basically, there are four or five very specific volcanic processes that affect the human population. They include a rising body of magma, an impending explosion, degassing events that can lead to gases and acid rain damaging neighboring towns, and potentially explosive eruptions producing enormous amounts of ash as well, which can settle on roofs and make homes to collapse and kill people that way. The goal of this project is to mitigate their potential risk and provide people with a better sense of what’s happening.

We also want to use it as a proof of concept that we can implement around the world. It could benefit the millions of people who are living near active volcanoes.

SC: This is an open-source project. We will give access to the greater community of developers, technologists and scientists around the world so that they too can begin to answer some of their own questions. This way it becomes a much wider initiative that could spawn many more innovations, well beyond what we’re doing.

GER: Where will the data live?

SC: We’ll creating an open application program interface (API) built on Predix that any one in the world with a computer can access.