BIRMINGHAM, Ala. (AP) — A Nevada company said it will try to purchase an unfinished nuclear power plant from the Tennessee Valley Authority and use the site in northeast Alabama to produce electricity with new technology. Michael Dooley, managing partner of Phoenix Energy of Nevada, said in an... 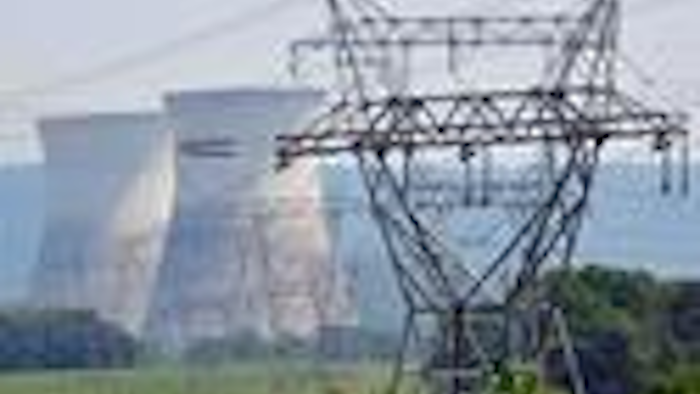 BIRMINGHAM, Ala. (AP) — A Nevada company said it will try to purchase an unfinished nuclear power plant from the Tennessee Valley Authority and use the site in northeast Alabama to produce electricity with new technology.

Michael Dooley, managing partner of Phoenix Energy of Nevada, said in an email interview the company wants to use the mothballed Bellefonte Nuclear Plant site as the base for a new, non-nuclear generation method.

The company has developed a system that uses electromagnetic induction energy fields to heat water indirectly and produce steam that would turn turbines and generate electricity at Bellefonte, Dooley said, and it already has "detailed plans" for Bellefonte.

Dooley said a power plant with dual units capable of producing 1,200 megawatts each using his company's technology could be constructed and brought online for less than $300 million, far less than a nuclear plant with a similar generating capacity.

TVA said it has spent more than $4 billion at Bellefonte over the last four decades. Directors decided Thursday to declare the plant surplus property and sell it to the highest bidder.

TVA chief executive Bill Johnson said the property has been appraised at $36 million, only a fraction of what the utility spent on it. The 1,600-acre site at Hollywood, Alabama, includes two partially finished nuclear reactors, warehouses, office buildings, parking areas, railroad spurs and a helicopter pad.

Construction began at Bellefonte in 1974, but work was put on hold in 1988 and employees now simply maintain the twin-reactor plant, located on the Tennessee River about 50 miles east of Huntsville.