WASHINGTON (AP) — The Senate approved a wide-ranging energy bill Wednesday that would promote a variety of energy sources and speed federal approval of projects to export liquefied natural gas to Europe and Asia. Senators backed the measure, 85 to 12, the first ambitious energy bill approved by... 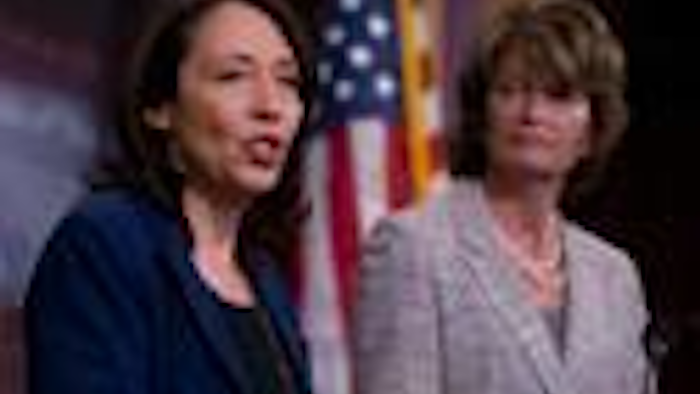 WASHINGTON (AP) — The Senate approved a wide-ranging energy bill Wednesday that would promote a variety of energy sources and speed federal approval of projects to export liquefied natural gas to Europe and Asia.

Senators backed the measure, 85 to 12, the first ambitious energy bill approved by the Senate in nearly a decade.

The bill would boost renewables such as solar and wind power, as well as natural gas, hydropower and geothermal energy. It also would encourage so-called clean coal technology, including projects to capture carbon dioxide generated by coal-fired power plants.

The measure would cost an estimated $32 billion over five years. It now must be reconciled with a House-passed version that boosts fossil fuels such as oil, coal and natural gas. President Barack Obama has threatened to veto the House measure.

Sen. Lisa Murkowski, an Alaska Republican and chairwoman of the Senate Energy and Natural Resources Committee, said the Senate bill will help America produce more energy "and bring us one step closer to being an energy superpower. At the same time, it will help Americans save more money and save energy with all of the energy-policy provisions."

Sen. Maria Cantwell of Washington state, the senior Democrat on the energy panel, called energy "the lifeblood of our economy," adding that the Senate bill would help businesses and consumers get more affordable, cleaner and renewable energy.

Murkowski and Cantwell said they were confident that Senate and House negotiators would agree on a compromise bill this year.