The Japanese automaker's president said "The wrongdoing was intentional; it is clear the falsification was done to make the mileage look better." 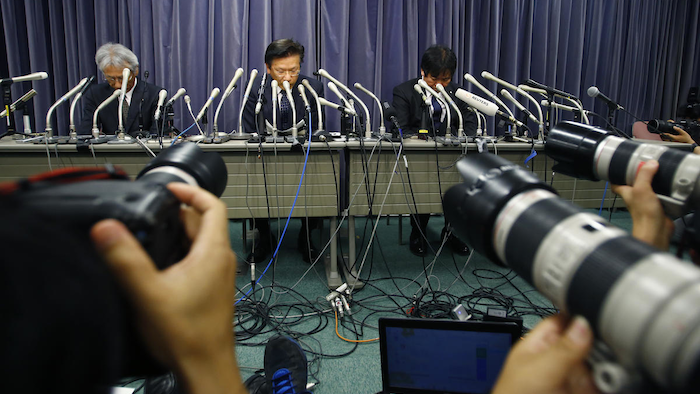 The inaccurate tests by the Tokyo-based automaker involved 157,000 of its own-brand eK wagon and eK Space light passenger cars, and 468,000 Dayz and Dayz Roox vehicles produced for Nissan Motor Co.

The models are all so-called "minicars" with tiny engines whose main attraction is generally great mileage. They were produced from March 2013.

The problem surfaced after Nissan pointed out inconsistencies in data, the company said. Mitsubishi Motors conducted an internal probe and found that tire pressure data was falsified to make mileage appear better than it actually was.

"The wrongdoing was intentional. It is clear the falsification was done to make the mileage look better. But why they would resort to fraud to do this is still unclear," company president Tetsuro Aikawa told reporters.

He and other company executives bowed in apology. 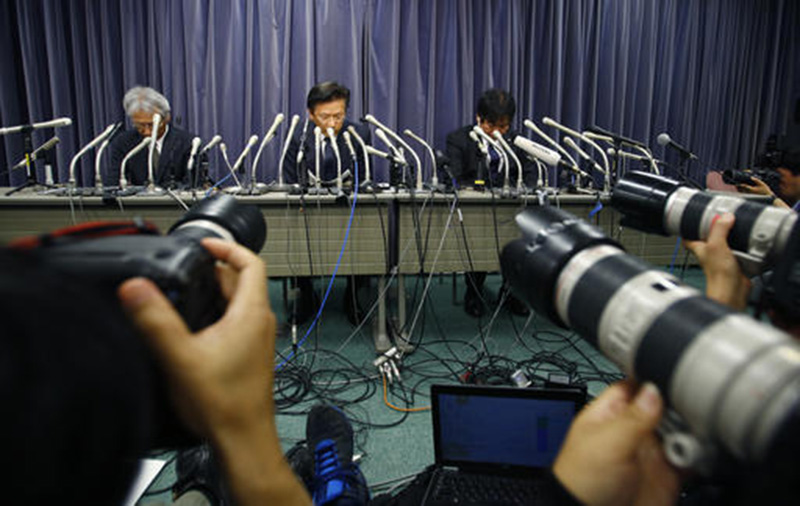 Aikawa said that although he was unaware the irregularities were happening, "I feel responsible."

The company said it would investigate whether data were altered for vehicles sold overseas.

Fuel economy was falsely boosted by about 5 percent or 10 percent on the models, which were billed as getting 30.4 kilometers per liter (71.5 miles per gallon), according to the company.

Mitsubishi Motors struggled for years to win back consumer trust after an auto defects scandal in the early 2000s over cover-ups of problems such as failing brakes, faulty clutches and fuel tanks prone to falling off dating back to the 1970s.

Aikawa was asked if the latest impropriety highlighted how the company had not fundamentally fixed itself after the recall scandal, although it had promised repeatedly to come clean.

"I realize that view exists," he said, his voice shaking slightly. "I see how difficult it can be to have compliance consciousness spread among all our employees."

Mitsubishi Motors, which also makes the Outlander sport-utility vehicle and the i-MiEV electric car, said it is setting up a panel of outsiders to investigate the latest scandal.

"We will investigate why this happened and prevent a recurrence," Aikawa said. "We will inform our customers. I feel horrible they were given the wrong numbers."

Production and sales of all affected models were halted, according to the companies.

Nissan said in a statement that it recently discovered discrepancies in data from Mitsubishi Motors about light vehicles it provided while assessing the current model in preparation for its next-generation vehicle. 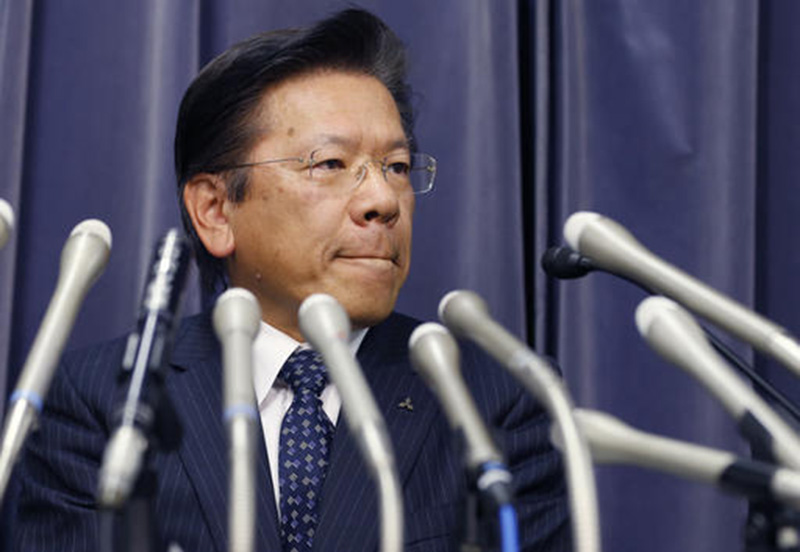 "In response to Nissan's request, Mitsubishi admitted that data had been intentionally manipulated in its fuel economy testing process for certification," Nissan said.

It said that after consulting Japan's transport ministry, it told dealers to stop selling the affected vehicles. Nissan said it is considering ways to help the owners of cars already sold.

"Nissan understands and regrets the inconvenience and concern this will cause our valued customers," it said.

Japan has been hit periodically by such scandals at top-name companies. Among the recent ones are electronics company Toshiba Corp., which acknowledged it had doctored accounting books for years.

Unlike some Western accounting scandals, the ones in Japan did not result in enrichment of individual employees. Instead, workers simply wanted to "save face" for the company.

Mitsubishi Motors shares fell 15 percent in Tokyo trading. Although the news conference came after trading ended, the company had begun to invite media and some Japanese media carried a report during trading hours.

Mitsubishi Motors forecast a 100 billion yen ($917 million) profit for the fiscal year that ended in March 2016, down 15 percent from the previous fiscal year.