LONG BEACH, Calif. (AP) — Forget about selfies. In California, residents are using smartphones and drones to document the coastline's changing face. Starting this month, The Nature Conservancy is asking tech junkies to capture the flooding and coastal erosion that come with El Nino, a weather... 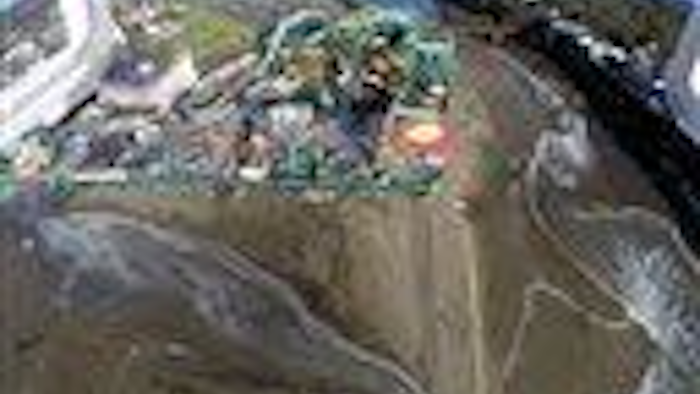 Starting this month, The Nature Conservancy is asking tech junkies to capture the flooding and coastal erosion that come with El Nino, a weather pattern that's bringing California its wettest winter in years — and all in the name of science.

The idea is that crowd-sourced, geotagged images of storm surges and flooded beaches will give scientists a brief window into what the future holds as sea levels rise from global warming, a sort of a crystal ball for climate change.

Images from the latest drones, which can produce high-resolution 3D maps, will be particularly useful and will help scientists determine if predictive models about coastal flooding are accurate, said Matt Merrifield, the organization's chief technology officer.

"We use these projected models and they don't quite look right, but we're lacking any empirical evidence," he said. "This is essentially a way of 'ground truthing' those models."

Experts on climate change agreed that El Nino-fueled storms offer a sneak peak of the future and said the project was a novel way to raise public awareness. Because of its crowd-sourced nature, however, they cautioned the experiment might not yield all the results organizers hoped for, although any additional information is useful.

"It's not the answer, but it's a part of the answer," said Lesley Ewing, senior coastal engineer with the California Coastal Commission. "It's a piece of the puzzle."

In California, nearly a half-million people, $100 billion in property and critical infrastructure such as schools, power plants and highways will be at risk of inundation during a major storm if sea level rises another 4.6 feet — a figure that could become a reality by 2100, according to a 2009 Pacific Institute study commissioned by three state agencies.

Beaches that Californians take for granted will become much smaller or disappear altogether and El Nino-fueled storms will have a similar effect, if only temporarily, said William Patzert, a climatologist for NASA's Jet Propulsion Laboratory.

"When you get big winter storm surge like they want to document, you tend to lose a lot of beach," he said. "In a way, it's like doing a documentary on the future. It'll show you what your beaches will look like in 100 years."

What the mapping won't be able to predict is exactly which beaches will disappear and which bluffs will crumble — all things that will affect how flooding impacts coastal populations, said Ewing, the California Coastal Commission engineer.

"We're not going to capture that change," she said. "We're going to capture where the water could go to with this current landscape and that's still a very important thing to understand because it gets at those hot spots."

So far, project organizers aren't giving assignments to participants, although they may send out specific requests as the winter unfolds, said Merrifield.

If users wind up mapping real-time flooding events along 10 or 15 percent of California's 840-mile-long coastline the project will be a success, he said. A realistic goal is a "curated selection" of 3D maps showing flooding up and down the coast at different dates and times.

The Nature Conservancy has partnered with a San Francisco-area startup called DroneDeploy that will provide a free app to drone owners for consistency. The app will provide automated flight patterns at the touch of a screen while cloud-based technology will make managing so much data feasible, said Ian Smith, a business developer for the company.

Trent Lukaczyk heard about the experiment from a posting in a Facebook group dedicated to drone enthusiasts. For the aerospace engineer, who has already used drones to map coral reefs in American Samoa, the volunteer work was appealing.

"It's a really exciting application. It's not just something to take a selfie with," he said, before heading out to collect images of beach erosion after a storm in Pacifica, California.