The details of Hungary's deal with Russia to expand its only nuclear power plant will remain secret for 30 years, after new legislation was approved Tuesday. 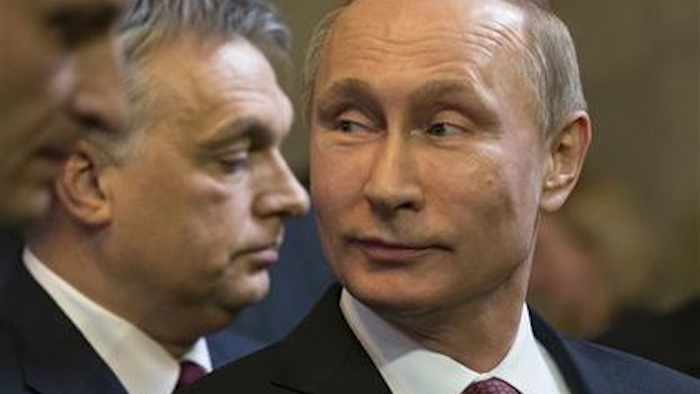 BUDAPEST, Hungary (AP) — The details of Hungary's deal with Russia to expand its only nuclear power plant will remain secret for 30 years, after new legislation was approved Tuesday.

The government says the measure is needed for national security reasons and is in line with similar guidelines in other European countries. The Soviet-built plant currently provides about half of Hungary's electricity.

What is known of the deal is that it includes a loan from Russia of 10 billion euros ($11.1 billion) to cover an estimated 80 percent of the construction costs. Hungarian companies are to carry out 40 percent of the work.

The government has described the contract as a "marriage of interests," saying the financial terms offered by Russia could not be matched by any other supplier.

Critics said the arrangement, first announced in January 2014, was an example of Prime Minister Viktor Orban's efforts to strengthen energy cooperation with Russian President Vladimir Putin despite the conflict in Ukraine.

Timea Szabo, of the opposition Dialogue for Hungary party, said the decision to classify much of the contract information was a hotbed for corruption and amounted to "the legalization of a gigantic robbery."

Opposition parties and civic groups, including Transparency International and Energiaklub, said the arrangement was unconstitutional because of its vast efforts to conceal information in the public interest.

They appealed to President Janos Ader to refrain from signing the bill and have it reviewed by the Constitutional Court.

The amendment was passed by lawmakers from Orban's Fidesz party and its ally, the Christian Democrats. All opposition parties voted against.