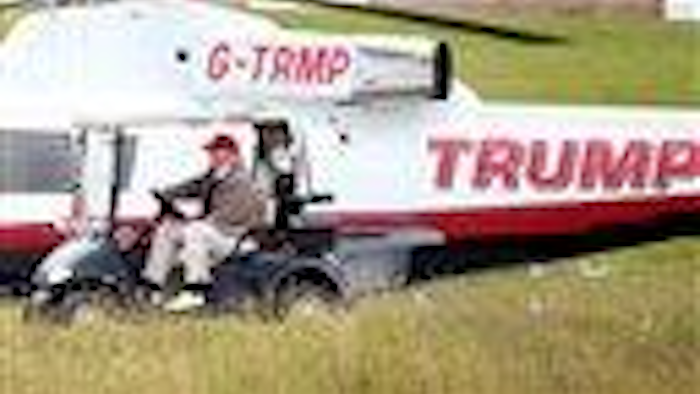 Trump claims the 11-turbine project, approved by the Scottish government in 2013, will spoil the view from his golf course near Aberdeen in eastern Scotland. He has vowed to stop further development of the resort if the wind farm goes ahead.

Two Scottish courts had previously ruled against Trump, who had claimed the Scottish ministers had no power to authorize the wind farm.

The Trump Organization said the verdict is "extremely unfortunate" for all residents of the Aberdeen area and will "completely destroy the bucolic Aberdeen Bay and cast a terrible shadow upon the future of tourism for the area."

The organization said it will continue to fight the proposed wind farm "on every possible front."

The decision comes amid a storm of criticism in Britain over Trump's campaign comments about Muslims. The Scottish government has revoked Trump's status as an unpaid business ambassador with its GlobalScot network, and Robert Gordon University revoked his honorary degree.