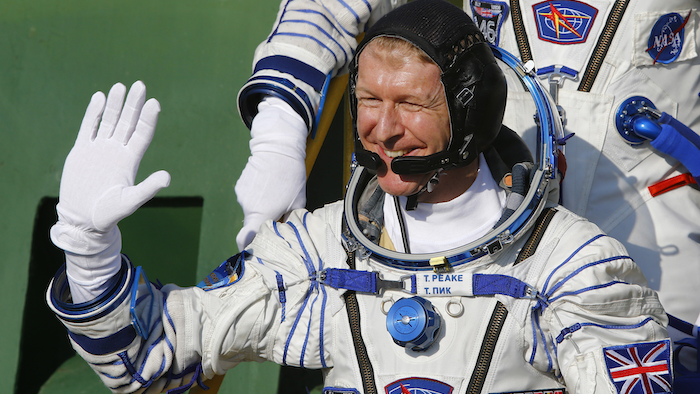 British astronaut Tim Peake, member of the main crew of the mission to the International Space Station (ISS), gestures, prior to the launch at the Russian leased Baikonur cosmodrome, Kazakhstan, Tuesday, Dec. 15, 2015. (AP Photo/Shamil Zhumatov, Pool)

Britain has decided to boldly go where others have gone before.

More than half a century after Yuri Gagarin became the first human in orbit, the U.K. is experiencing a surge of space mania thanks to its first official astronaut — a soft-spoken pilot named Tim who will spend some of his six-month stint on the International Space Station attempting to brew a decent cup of tea in zero gravity.

Millions around the country paused in front of TVs and computer screens Tuesday to watch a Russian Soyuz spacecraft carrying Maj. Tim Peake and two other astronauts — Timothy Kopra of the United States and Yuri Malenchenko of Russia — blast off from Kazakhstan's Baikonur Cosmodrome.

But Peake is Britain's first publicly funded British astronaut and the first Briton to visit the International Space Station. 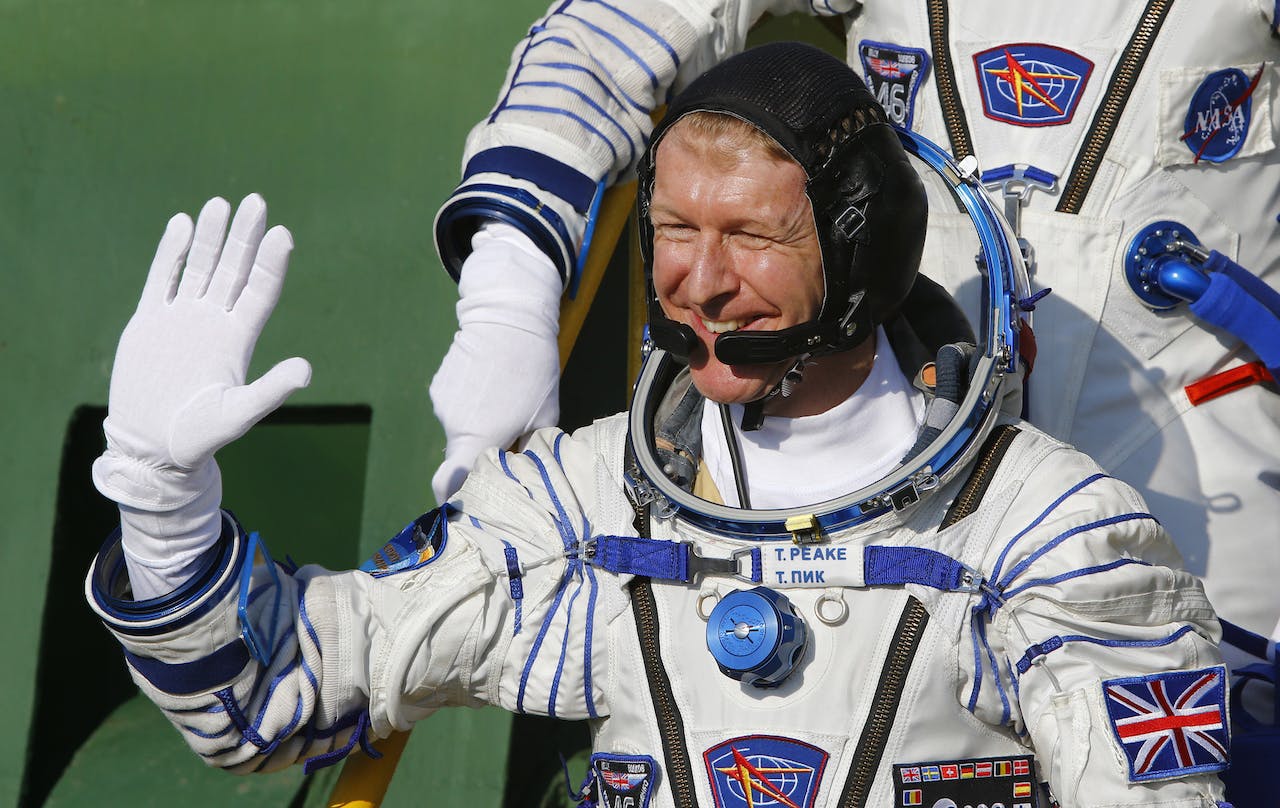 British astronaut Tim Peake, member of the main crew of the mission to the International Space Station (ISS), gestures, prior to the launch at the Russian leased Baikonur cosmodrome, Kazakhstan, Tuesday, Dec. 15, 2015. (AP Photo/Shamil Zhumatov, Pool)

"The U.K. has taken an understandably hard economic view of human space flight over the years and asked itself what it might be worth," said Kevin Fong, an expert in space medicine who will explore how to survive in space in this year's Royal Institution Christmas science lectures. "The answer to that question is quite a lot, actually."

He said Peake's voyage "has already inspired schoolchildren, and will go on to do so. But there's a wider importance in showing that Britain is not done exploring yet."

The government has been raising Britain's space aspirations for several years. In 2010 it set up the U.K. Space Agency, which has a relatively modest budget of about 320 million pounds ($485 million) a year.

This week the Conservative government announced Britain's first National Space Policy, which aims to capture 10 percent of the global space industry and create 100,000 high-tech jobs — though it's unclear how these goals will be funded. 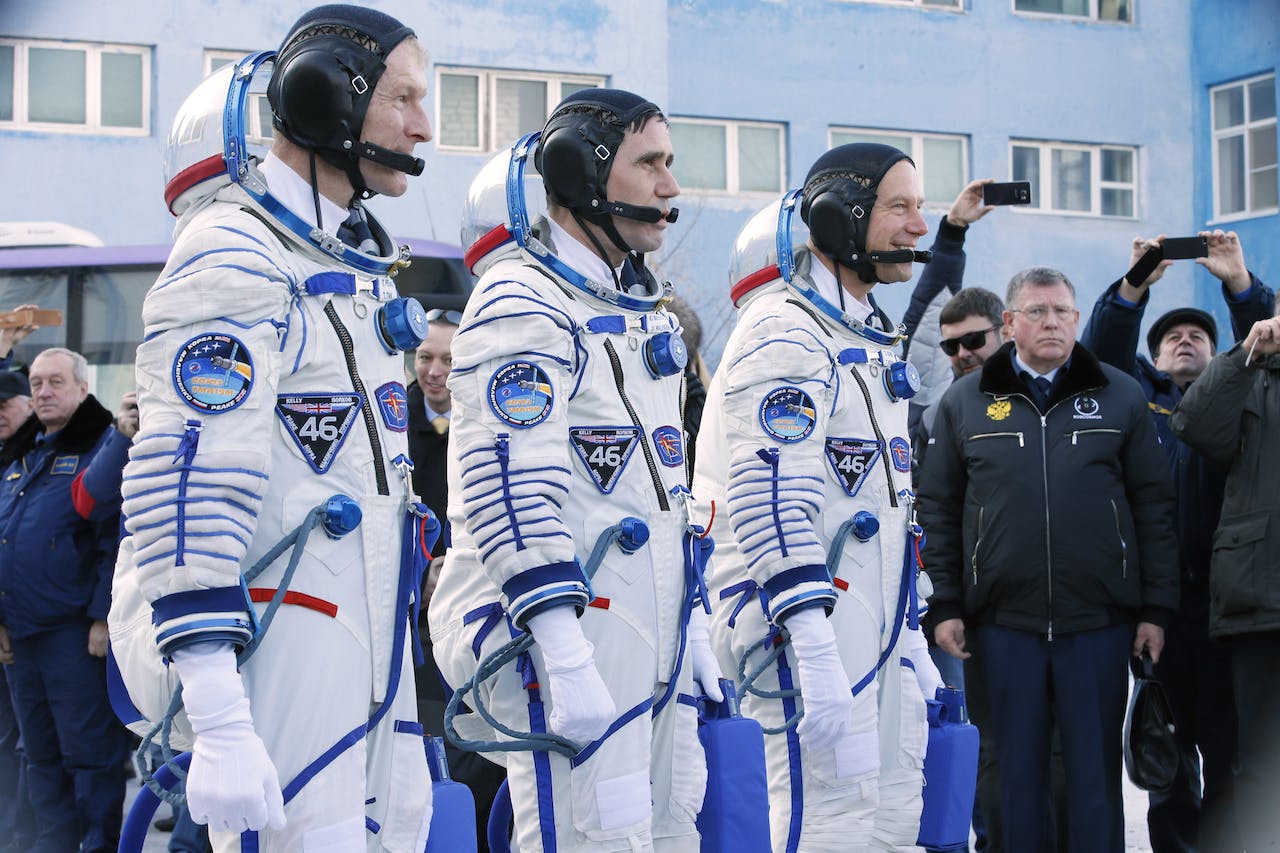 One British reporter at a pre-launch press conference told Peake that "you will be taking the pride and excitement of everybody back home, so much so that you probably won't need any fuel to get into orbit."

As Peake psyched himself for liftoff Tuesday by listening to tracks by Queen, U2 and Coldplay, the BBC offered wall-to-wall TV coverage, complete with good-luck messages from Sting, Prime Minister David Cameron and "Doctor Who" star Peter Capaldi. At London's Science Museum, hundreds of students cheered wildly as the rocket lifted off.

Aboard the space station, Peake will conduct experiments on how the human body reacts in space.

And in a distinctly British contribution to science, he will try out a new tea-making process that lets him remove the teabag from the drink pouches used in zero gravity.

"That way," Peake told students during a question-and-answer session last month, "I can spend as long as I like drinking my tea and it won't get stewed, and hopefully it won't get cold either."

The team continues to develop and mature the technology.
May 12th, 2022

The move marks a win for Virginia’s Republican Gov. Glenn Youngkin.
May 5th, 2022
Follow Us
Most Recent