MEXICO CITY (AP) — Ford Motor Company's cancellation of plans to build a $1.6 billion auto manufacturing plant in San Luis Potosi has sounded alarms throughout Mexico. Even as the country is being rocked by rowdy nationwide protests against a Jan. 1 gasoline price hike, the Ford news led the... 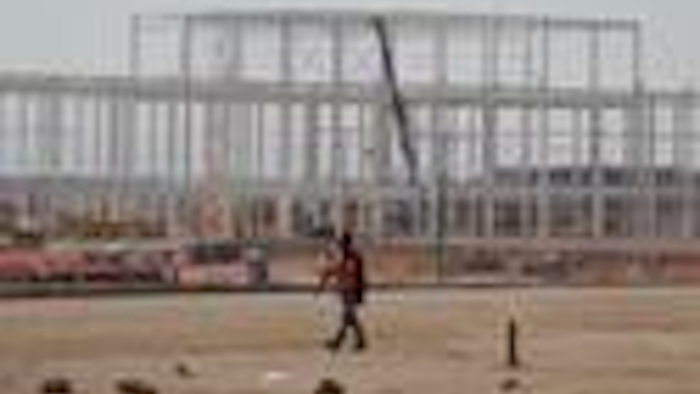 Even as the country is being rocked by rowdy nationwide protests against a Jan. 1 gasoline price hike, the Ford news led the front pages of Mexico's most influential newspapers on Wednesday, and they tied the development directly to President-elect Donald Trump.

"The jobs created in Mexico have contributed to maintaining manufacturing jobs in the United States which otherwise would have disappeared in the face of Asian competition," the Mexico Economy Department said.

Mexicans have been nervous about Trump's tough rhetoric toward their country, including disparaging remarks about immigrants who come to the U.S. illegally and vows to wall off the border and renegotiate the North American Free Trade Agreement, upsetting ties with what is by far Mexico's largest trading partner.

Two weeks before inauguration, the scuttling of the planned Ford factory and Trump's pressure on General Motors should be a "much-needed wake-up call," said Mexico analyst Alejandro Hope.

It shows "how much actual leverage Trump has within specific companies, which is far greater than what Mexican elites thought until recently," Hope said. "They claimed that at the end of the day economic interests would prevail over political messaging. That's clearly not the case."

In an editorial, El Universal also recalled the deal Trump struck in December with Carrier to keep 800 of 1,300 jobs at an Indiana furnace factory from being sent to Mexico, in return for millions of dollars in tax incentives. It also implicitly criticized the Mexican government's response to the incoming administration.

"Mexico loses thousands of jobs with no word on a clear strategy for confronting the next U.S. government which has presented itself as protectionist and, especially, anti-Mexican," the paper wrote. "Trump will try to recover as many U.S. companies that have set up in Mexico as possible. He will try to make them return at whatever cost, through threats or using public resources."

"Ford's decision is indicative of what awaits the economies of both countries," the daily La Jornada said. "For ours a severe decrease in investment from our neighboring country, and for the U.S. a notable increase in their production costs."

Hope said more decisions like Ford's are likely to come. And while the loss of a single planned plant probably does not fundamentally change the U.S.-Mexico economic relationship, "it certainly shows that the idea that the status quo was entrenched was false."

"This should put us on notice that when he says that he wants to renegotiate NAFTA, he means it," Hope said.