BEIRUT (AP) — Turkish warplanes on Monday struck Islamic State positions in and near the northern Syrian town of al-Bab while Ankara-backed Syrian opposition fighters inched closer to the town, one of the extremist group's largest remaining strongholds in the country, Turkish state media and... 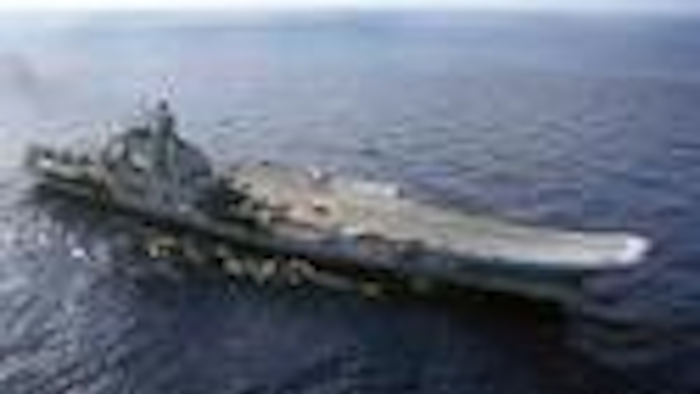 BEIRUT (AP) — Turkish warplanes on Monday struck Islamic State positions in and near the northern Syrian town of al-Bab while Ankara-backed Syrian opposition fighters inched closer to the town, one of the extremist group's largest remaining strongholds in the country, Turkish state media and Syrian activists said.

The Britain-based Syrian Observatory for Human Rights, an activist group that tracks Syria's civil war, now in its sixth year, said the airstrikes and the shelling killed three people and wounded 30 others.

The stepped-up campaign by Turkey comes after Ankara first sent ground forces into northern Syria during the summer, vowing to clear the border area both of the Islamic State group and the U.S.-backed Syrian Kurdish forces, which it views as an extension of the Kurdish insurgency in Turkey.

Since then, Turkish troops and opposition fighters allied with them have captured wide areas along the border with Turkey, cutting IS fighters off in their self-declared caliphate from the rest of the world. They have also captured dozens of towns and villages in northern Syria.

Turkey's Anadolu news agency reported 15 airstrikes against IS in al-Bab on Monday, saying they destroyed two command centers, an arms depot and two buildings used as headquarters, as well as 10 defensive positions.

Also, the Aleppo Media Center, an activist collective, said Turkey-backed opposition fighters captured three villages on Monday northwest of al-Bab and another village northeast of the town. The Observatory confirmed that four villages near al-Bab were taken, adding that the Turkey-backed fighters have captured 29 villages in the al-Bab area over the past week.

The push has helped Turkish troops and opposition fighters inch closer to al-Bab, where a long battle with the Islamic State group is expected to take place soon. IS has been in the town for more than two years.

Also Monday, Syrian government warplanes struck the last functioning hospital in the town of Atareb in northern Syria, wounding some staff members and knocking it out of service, according to the Observatory and the Local Coordination Committees, another activist group.

The Russian military, meanwhile, accused militants in Syria of having used chemical weapons against Syrian government troops in the city of Aleppo.

Russian Defense Ministry spokesman Maj. Gen. Igor Konashenkov said about 30 Syrian soldiers from the elite Republican Guards were poisoned in the attack, which he said occurred in the eastern neighborhoods of Aleppo late on Sunday.

Konashenkov said Russian military officers took samples at the site of the attack, which revealed that the militants used munitions containing chlorine. He urged the Organization for the Prohibition of Chemical Weapons to quickly send its experts to the site.

"Terrorists in Aleppo have increasingly often used chlorine against Syrian soldiers and civilians," Konashenkov said. "However, politicians in France, and, particularly, in Britain, who care so much about Aleppo in public, aren't seeing those crimes."

"Or, more specifically, they want to cast Syrian authorities as the culprits," Konashenkov added.

The Russian military also announced that one of its fighter jets, a MiG-29k, based on a Russian aircraft carrier near Syria's shores, has crashed on a training mission but that the pilot survived and was rescued without injuries. The plane crashed into the eastern Mediterranean on approach to landing on Sunday. The Defense Ministry said the loss would not affect the carrier's operations around Syria.

The aging vessel arrived to the eastern Mediterranean last week to augment Russia's air deployment over Syria. A punishing, year-long campaign that activists say have killed thousands of civilians and devastated civil services in opposition areas has tipped the conflict in the Syrian government's favor.

NATO has expressed concern about the Russian carrier group's deployment, saying the move could presage an increase in the number of Russian air raids in Syria, particularly around the besieged city of Aleppo