Do candy and soda makers belong at a dietitians' conference?

BOSTON (AP) — The blinking game show wheel spins past logos for Triscuits, Wheat Thins and Honey Maid before the needle settles at Fig Newtons. "Newtons are made with real fruit and whole grains. True or false?" a Nabisco representative asks onlookers, who are among 10,000 attendees at a... 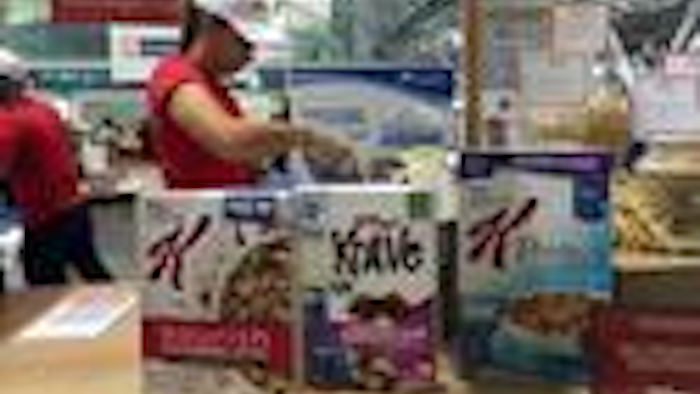 "Newtons are made with real fruit and whole grains. True or false?" a Nabisco representative asks onlookers, who are among 10,000 attendees at a conference where dietitians can earn credits for continuing education.

The answer, the Nabisco representative says, is true.

Among the hundreds of exhibits, many focused on items like beans, eggs, strawberries and leafy greens. But big packaged food makers and trade groups also had a presence, emblematic of the complex ties between the food industry and nutritionists and a push by critics to bring greater awareness to corporate influence on the profession.

While the influence of food corporations on the Academy of Nutrition and Dietetics and its 75,000 members has come under greater scrutiny, some see growing sensitivity to ethical and conflict-of-interest issues.

Wiss feels there is a "huge, inherent" industry influence some may not realize exists. He said a bigger problem than the expo hall is the influence that sponsors have with continuing education sessions for dietitians, and recalled a previous class where he was taught about salt by Frito-Lay.

Lucille Beseler, president of the Academy of Nutrition and Dietetics, said in an email that academy members know the difference between marketing and science, and use their professional judgment to evaluate exhibitors' products and programs.

She said nutrition professionals do not dictate what people eat, and "must therefore be familiar with all foods and products in the marketplace."

The academy noted that sessions sponsored by companies or industry groups were distinct from regular educational sessions because they required a $10 donation from session attendees to the academy's foundation, which provides scholarships and research grants. The sponsored sessions still count toward continuing education credits, which are required to maintain licenses.

That included one on the benefits of milk and flavored milk sponsored by Coke's pricey milk brand, Fairlife, and one on the advantages of orange juice sponsored by a juice industry group. A two-hour session on the value of multivitamins was sponsored by vitamin brand Nature Made. The professor who taught the class listed Pharmavite, which owns the brand, in a slide of disclosures.

Diane Enos, who heads educational programming for the Academy of Nutrition and Dietetics, said sponsorship of sessions is clearly disclosed, and that educational materials for those sessions are subject to the same standards and review as for other sessions.

"They have to meet the standard guidelines, and that means you can't show unbalanced research," Enos said.

She said it is not the sponsor that submits the materials for review, but the speakers.

In some cases, the speakers were representatives or employees of the sponsor.

Marion Nestle, a nutrition professor at New York University, reviewed the educational slides for the session sponsored by Fairlife at AP's request and did not think they should be considered education.

"Coca-Cola isn't presenting a balanced view — they're presenting the company's view of it. So it's marketing, not education," Nestle said.

Wiss thinks future dietitians will be better equipped to critically assess industry influence because starting in 2024, they will need a master's degree to get licensed.

Others believe that companies play a critical role in helping improve the way people eat.

"Some of these companies have a big role in the food industry, and they're trying to change their reputation," said Keith Roberts, who is studying to be a dietitian.