China, Russia and the United States are the only countries that have independently launched humans into space. 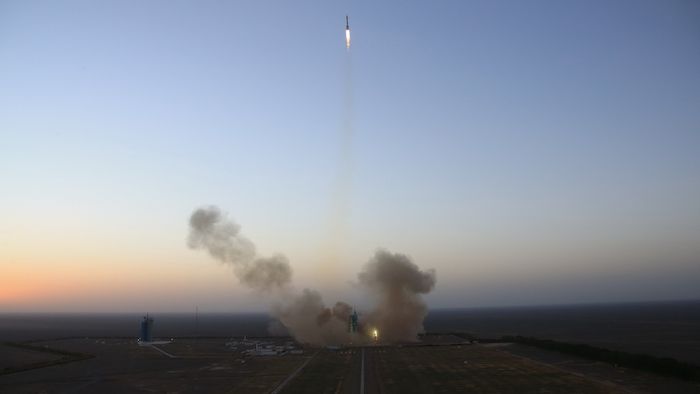 Two Chinese astronauts began the country's longest crewed space mission yet on Monday, blasting off on a spacecraft for a 30-day stay on an experimental space station as China steadfastly navigates its way to becoming a space superpower.

Ahead of the launch, one astronaut shouted: "We are ready! Please give instructions!" in front of dozens of people dressed in colorful dress representing China's ethnic minorities, in footage shown prominently on Chinese TV. The commander-in-chief of the manned space program, Gen. Zhang Youxia, replied: "Proceed!" followed by blaring marching music as the astronauts boarded a bus to take them to the launch pad.

China, Russia and the United States are the only countries that have independently launched humans into space, and while the others have more experience in manned space travel, China's military-backed program has made methodical progress in comparatively short time.

The launch is China's sixth manned mission, the previous longest being about two weeks. 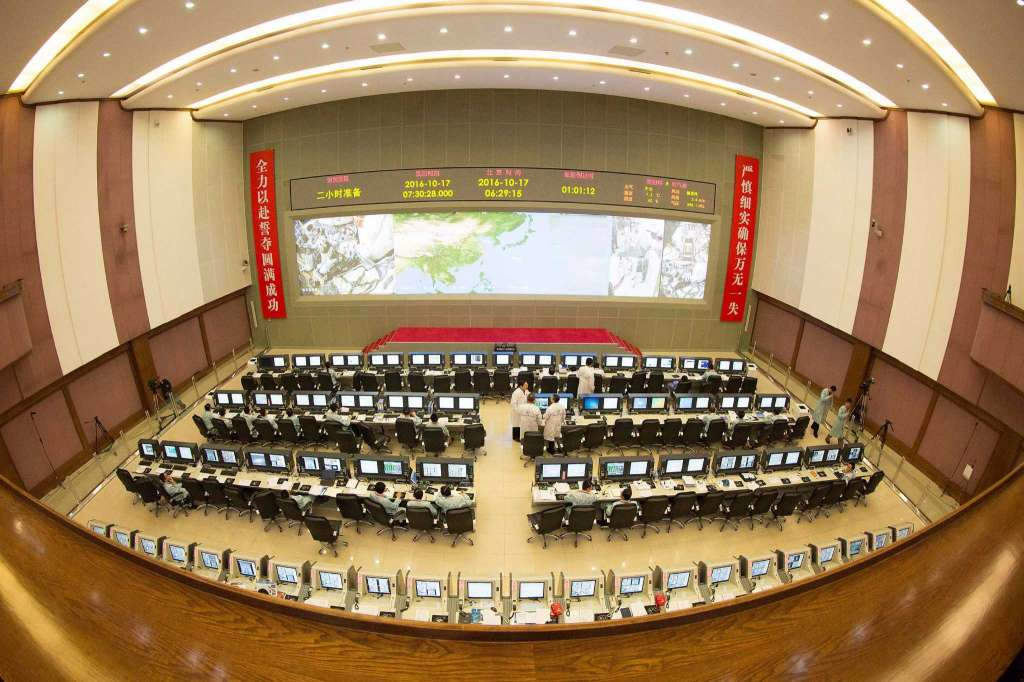 Taken with a fisheye lens, technicians monitor from the Beijing Aerospace Control Center in Beijing ahead of the planned Shenzhou 11 manned spacecraft to be launched from northern China, Monday, Oct. 17, 2016. (Ju Zhenhua/Xinhua via AP)

For this mission, the astronauts will dock their spacecraft with the Tiangong 2 station within two days, conduct experiments in medicine and space-related technologies, and test systems and processes in preparation for the launching of the station's core module in 2018. A fully functioning space station is on course to begin operating six years from now and slated to run for at least a decade.

The Shenzhou 11 space capsule blasted off from the Jiuquan Satellite Launch Center on the edge of the Gobi Desert in northern China at 7:30 a.m. (2330 GMT) aboard a Long March-2F carrier rocket.

Since China conducted its first crewed space mission in 2003, it has staged a spacewalk and landed its Yutu rover on the moon. The Tiangong, or "Heavenly Palace," space stations are considered stepping stones to a mission to send a rover to Mars by the end of the decade. Administrators suggest a crewed landing on the moon may also be in the program's future.

The Shenzhou 11 astronauts are Jing Haipeng, who is flying his third mission, and 37-year-old Chen Dong. 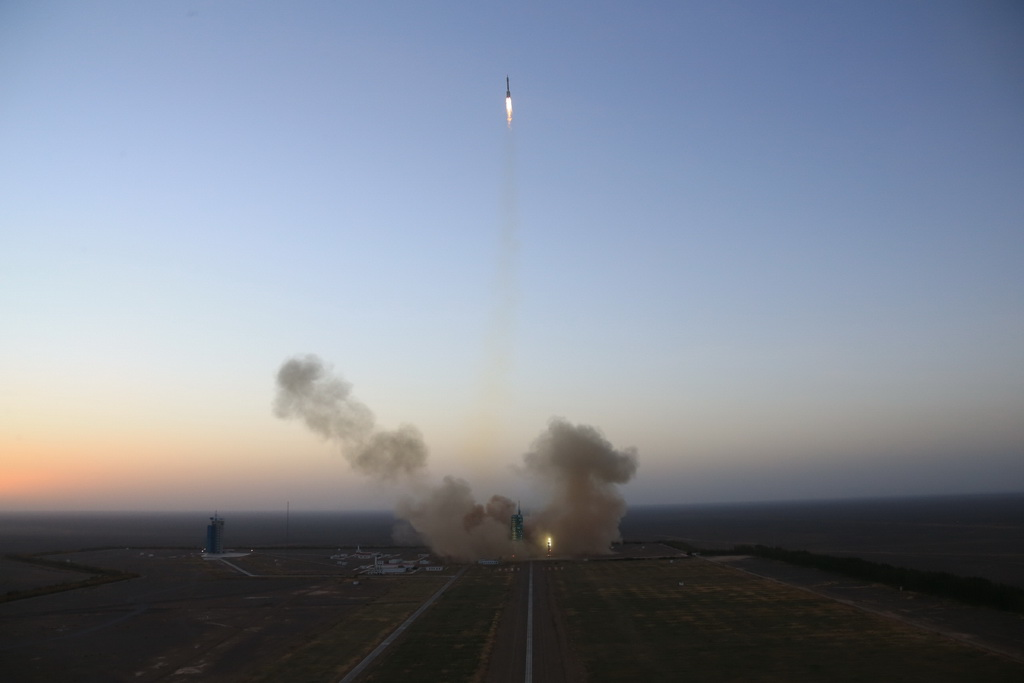 "It is any astronaut's dream and pursuit to be able to perform many space missions," Jing, who turns 50 during his time in space, told a briefing Sunday.

China was excluded from the International Space Station mainly due to U.S. concerns over the Chinese space program's strongly military character. Chinese officials are now looking to internationalize their own program by offering to help finance other countries' missions to Tiangong 2, which, at 60 tons when completed, would still be considerably smaller than the 420-ton ISS.

China's space program also opened a fourth spacecraft launch site at Wenchang on the island province of Hainan in June. It was inaugurated with the launch of the newly developed Long March 7 rocket that was hailed as a breakthrough in the use of safer, more environmentally friendly fuels.

China is developing the Long March 5 heavy-lift rocket needed to launch the Tiangong 2's additional components and other massive payloads.