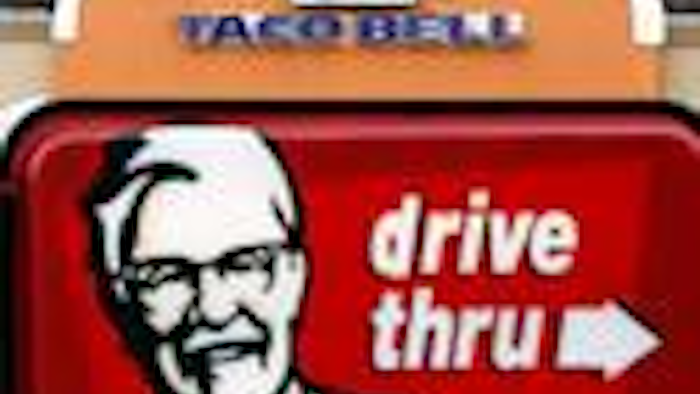 The Louisville, Kentucky,-based company said sales slipped 1 percent at established locations for its China unit during the period. Yum said sales were hurt by protests against companies with "well-known Western restaurant brands" following an international court ruling that invalidated much of what China has called its historic claims regarding the South China Sea.

Following food scares and marketing missteps, Yum had already been preparing to split from its China business. The company said the separated business, Yum China Holdings Inc., is set to begin trading on the New York Stock Exchange on Nov. 1.

Not including China, the company said its global Pizza Hut division also saw a 1 percent decline in sales at established locations, with the figure down 2 percent in the U.S. Yum CEO Greg Creed has said that Pizza Hut needs to focus on making it easier for people to order its food. The pizza chain has slumped in the U.S. despite efforts to revamp its menu, even as rival Domino's has enjoyed sales growth, in part by making it easier to order online and through its mobile app.

In a statement Wednesday, Creed noted the encouraging performance of KFC and Taco Bell in the U.S., despite the "sluggish" trends in the fast-food industry. Yum is scheduled to host its earnings call Thursday morning.

For the quarter ended Sept. 3, Yum Brands earned $622 million, or $1.56 per share. Adjusted earnings were $1.09 per share, a penny less than analysts expected, according to FactSet.

Yum shares fell more than 2 percent to $86.60 in after-hours trading.