US consumer spending at weakest pace in 5 months 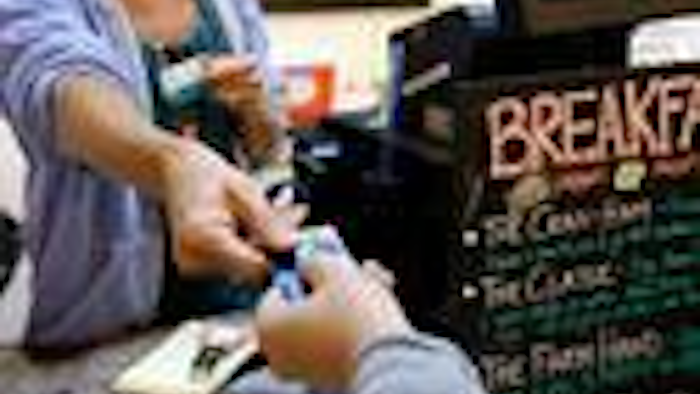 Consumer spending was unchanged last month after solid gains of 0.4 percent in July and 0.3 percent in June, the Commerce Department reported Friday. It was the poorest showing since a similar flat reading in March.

Personal incomes rose 0.2 percent last month, just half the gain in July. It was the weakest showing since a 0.1 percent drop in February. Wages and salaries, the biggest income category, were up just 0.1 percent after two months of 0.5 percent increases.

The August spending slowdown is expected to be temporary. Economists are counting on consumers to help lift the economy to growth, as measured by the gross domestic product, of around 3 percent in the current July-September performance. That would be a significant improvement from anemic growth that has averaged just 1 percent over the past three quarters.

Christopher said one factor in the slowdown may have been a decision by parents to delay part of back-to-school shopping until later in the year when they can get better deals.

Sal Guatieri, senior economist at BMO Capital Markets, said the August result points to a somewhat slower pace for consumer spending in the current quarter. He said spending growth would likely moderate to an annual rate of around 2.8 percent in the third quarter, down from 4.3 percent growth in the second quarter, which had been the fastest jump since late 2014.

For August, purchases of durable goods fell 1.3 percent, with most of that decline reflecting the fall-off in auto sales. Purchases of non-durable goods were down 0.2 percent. Sales of services, which include utilities, rose 0.3 percent.

The small rise in incomes and the unchanged performance of spending meant that the saving rate rose to 5.7 percent, up from 5.6 percent in July.

A key measure of inflation preferred by the Federal Reserve was up a tiny 0.1 percent in August and has risen just 1 percent over the past year. Excluding volatile food and energy, this inflation measure is still up just 1.7 percent, below the Fed's 2 percent target for inflation.

The central bank last week left its key interest rate unchanged, though sent a strong signal that it was likely to boost the rate before the end of this year. The Fed has not raised rates since one quarter-point hike last December. Muted inflation have given the Fed leeway to keep interest rates at ultra-low levels.