Energy stocks led most markets higher on Thursday after OPEC nations reached a preliminary deal to cut oil production for the first time in eight years. 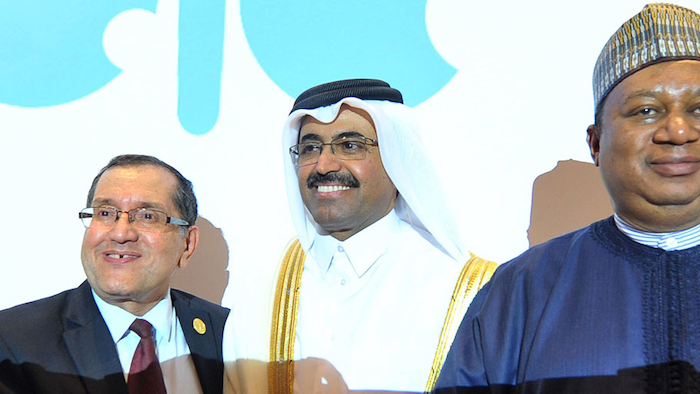 HONG KONG (AP) — Energy stocks led most markets higher on Thursday after OPEC nations reached a preliminary deal to cut oil production for the first time in eight years. The price of crude, which shot up about 5 percent on Wednesday's news, edged back slightly.

Crude Cut: Shares of energy companies surged after OPEC members struck an understanding to curb output at their next meeting, in November. The cartel, whose members have been hit by depressed oil prices because of excess global production, overcame long-running disagreements and agreed in principle to limit production to between 32.5 million and 33 million barrels per day. Japan Petroleum Exploration Co. surged 8.8 percent and Chinese oil producer CNOOC jumped 5 percent. In London, Royal Dutch Shell climbed 5.4 percent and BP gained 4.2 percent.

Market Insight: Analysts were skeptical about whether the OPEC cut would provide a long-term boost because it did nothing to address weak demand. "For oil to see a sustainable rally from here, demand side indicators need to be represented better," said Nicholas Teo, trading strategist at KGI Fraser Securities in Singapore. "So far though, nothing of that sort has appeared in the horizon."