BAE Does Not Expect Brexit Fallout

CEO Ian King said that he doesn't expect Brexit to make “any material near-term trading impact on our business." 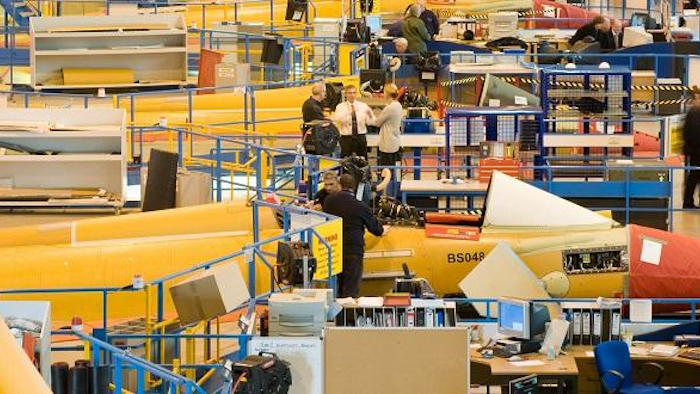 BAE Systems CEO Ian King said that he does not expect Brexit to make “any material near-term trading impact on our business," along with reporting on an uptick in profit.

King addressed the United Kingdom’s referendum to leave the European Union on Thursday. In a report via Defense News, the defense and aerospace company said that sales for the first half of the year rose to £8.71 billion (U.S. $11.44 billion), an increase of 2.8 percent over 2015’s sales.

The Brexit will “lead to a period of uncertainty,” King said, but he does not expect that Britain leaving the EU will cause a major change in terms of UK defense spending, and King seemed confident that the company will continue to have strong sales in Europe.

In particular, over half of its sales in Europe involved support for the Typhoon combat jet. BAE is expected to get about £1 billion ($1.3 billion) for work in Europe on the Typhoon, which is a joint project between BAE, Airbus, and Leonardo.

BAE also has a $245 million deal in progress with the British Ministry of Defense for U.S.-built naval guns on three Royal Navy frigates. The contract extends to 2020 with a possible addition of five naval guns and associated systems for eight Type 26 frigates.

The company is also doing strong business in the United States and Saudi Arabia, King said, with “encouraging signs of a return to growth in defense budgets.” In the first half of the year, 36 percent of revenues came from the United States.