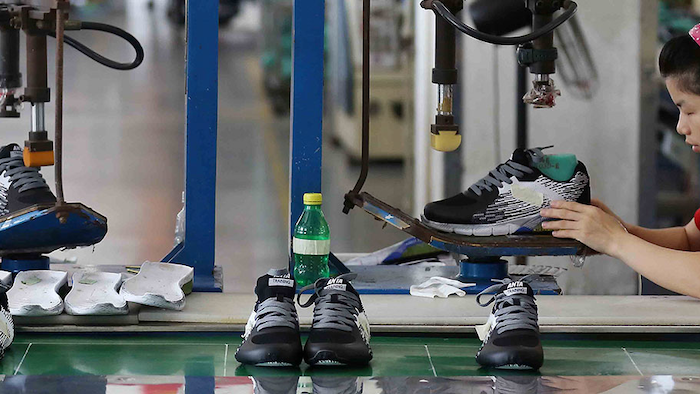 A business magazine, Caixin, said Monday its purchasing managers index rose to 50.6 from June's 48.6 on a 100-point scale on which numbers above 50 show activity expanding. The China Federation of Logistics and Purchasing, an industry group, said its separate PMI edged down to 49.9 from June's 50.

China's economic growth held steady at 6.7 percent in the quarter ending in June but indicators lately have been mixed. Trade is weak but retail spending is growing and bank lending is relatively strong.

"Admittedly, unresolved structural issues mean this pick-up is on borrowed time and we still expect growth to slow again next year," said Julian Evans-Pritchard of Capital Economics in a report.

The Caixin reading was well above the consensus forecast of 48.8.

"This indicates that the Chinese economy has begun to show signs of stabilizing," economist Zhengsheng Zhong said in a statement issued by Caixin. "But the pressure on economic growth remains, and supportive fiscal and monetary policies must be continued."