FORT LAUDERDALE, Fla. (AP) — "Dr. Phil" McGraw and The National Enquirer are lining up for a courtroom brawl after the television talk show host and his wife filed a $250 million lawsuit against the supermarket tabloid and its sister publications, charging that they falsely accused him of being an... 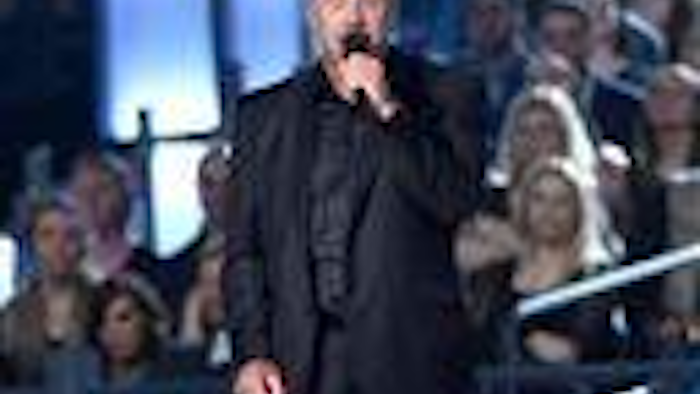 FORT LAUDERDALE, Fla. (AP) — "Dr. Phil" McGraw and The National Enquirer are lining up for a courtroom brawl after the television talk show host and his wife filed a $250 million lawsuit against the supermarket tabloid and its sister publications, charging that they falsely accused him of being an abusive husband and a hypocrite who doesn't practice what he preaches.

The lawsuit was filed last week in Palm Beach County, Florida, against the Enquirer, its owner American Media Inc. and sister publications, Star Magazine and the website Radar Online. According to the suit, the publications damaged McGraw's reputation by falsely accusing the TV psychologist of physically and verbally abusing his wife, Robin. The articles also said that Robin McGraw tolerated the abuse and that the couple are getting divorced. The suit also says the Enquirer falsely accused McGraw of busting a man's head with a beer mug during a drunken melee while in college in the early 1970s.

The suit says such allegations unjustly harm the McGraws' reputation as outspoken opponents of spousal abuse. It adds that Robin McGraw started a foundation aimed at helping battered spouses and that the couple's marriage is solid.

McGraw, 65, hosts the popular "Dr. Phil" talk show, where the booming-voiced Texan is known for passing out folksy advice to guests with various problems. He also produces "The Doctors" and other TV shows and publishes best-selling diet and self-help books. Forbes Magazine ranks him as the world's fourth-highest-paid celebrity, with annual earnings of $88 million.

"Dr. and Mrs. McGraw, after enduring years of the National Enquirer, Star and other American Media Inc. publications knowingly and recklessly printing outrageous lies about them, their marriage, their integrity and their character, have finally concluded that enough is enough and too much is too much," their attorney, Lin Wood, said in a statement.

American Media said in a statement that it will defend itself and will expose Phil McGraw's "stale and fraudulent claims for what they really are."

"It's a delicious irony that Dr. Phil, whom a California judge has called a 'charlatan' and the Daily Beast has called a 'quack' whose 'unseemly melange of exploitation, celebrity parasitism and credential mining goes back years' has filed a lawsuit against AMI and accused it of being a 'trashy tabloid,'" the statement said. "This from the man who visited Britney Spears in the hospital in 2008, then issued a public statement about the visit in violation of her family's trust."

The judge's comments came in 2010 after McGraw featured on his show a couple who had shoplifted more than a million dollars of goods.

According to the lawsuit, since 2003 the Enquirer and its sister publications have published more than 85 articles about the McGraws, an average of one every two months, accusing them of felonies, hypocrisy and professional misconduct. The lawsuit says the stories are false or exaggerated and aimed at increasing what it said are American Media's shaky finances.

"Those articles were manufactured and published to increase corporate revenues and profits at the unlawful financial, reputational, and emotional expense of its targets, while simultaneously using their names, likenesses, and fame as a buzz-creating and revenue-generating catalyst," the lawsuit says.

The lawsuit says the story accuses Phil McGraw of smashing a man's head with a beer mug during a drunken brawl while he was a student at Texas Tech University in the 1970s. The lawsuit says the nightclub where the brawl allegedly took place didn't open until six years after McGraw graduated and didn't get a liquor license until 2009.