The around-the-world voyage began in March 2015 in Abu Dhabi in the United Arab Emirates and is due to finish there in the coming weeks. 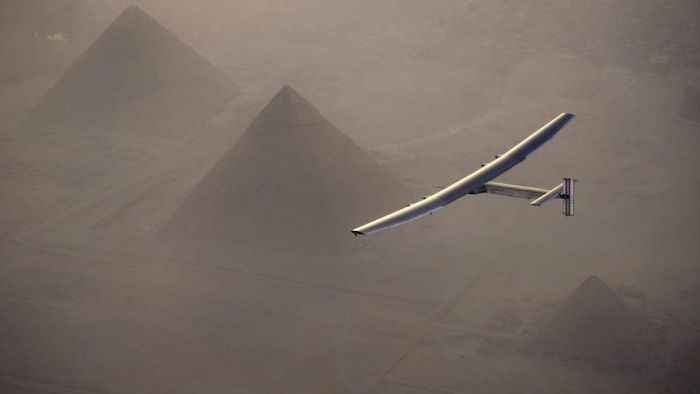 The experimental solar-powered airplane has arrived in Egypt as part of its global voyage. (Jean Revillard, Rezo via the AP)

Flying through the haze over the pyramids of Giza, an experimental solar-powered airplane arrived on Wednesday in Egypt as part of its globe-circling voyage.

The Solar Impulse 2 departed from the Seville airport in Spain on Monday and landed at the Cairo International Airport on Wednesday morning. This leg of the trip had been expected to last about 50 hours and 30 minutes.

The aircraft, piloted by Swiss aviator Andre Borschberg, had arrived in Seville on June 23 after an unprecedented three-day flight across the Atlantic.

The around-the-world voyage began in March 2015 in Abu Dhabi in the United Arab Emirates and is due to finish there in the coming weeks. 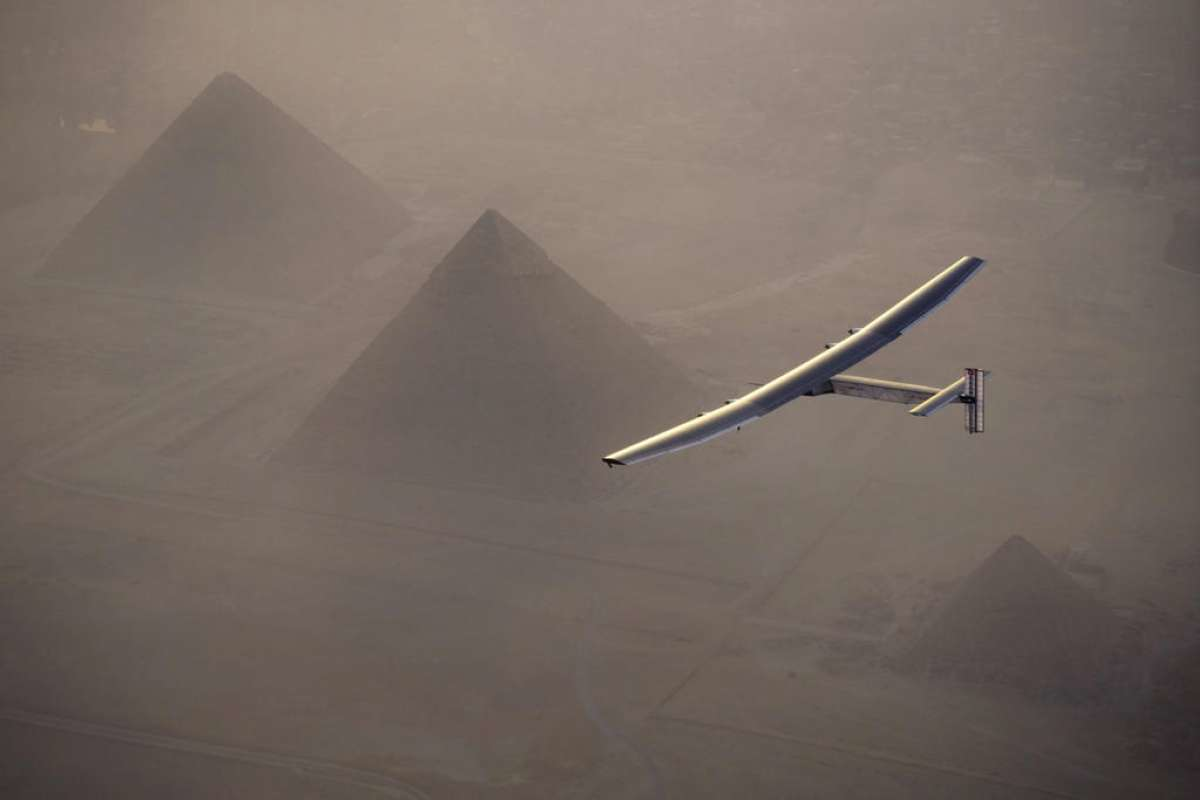 The experimental solar-powered airplane has arrived in Egypt as part of its global voyage. (Jean Revillard, Rezo via the AP)

Ideal flight speed is about 45.06 kph (28 mph), although that can double during the day when the sun's rays are strongest.

The solar project, which is estimated to cost more than $100 million, began in 2002 to highlight the importance of renewable energy and the spirit of innovation.