Photos Of The Day: What It Takes To Build America's First Offshore Wind Farm

Shipping is just one part of the Herculean transportation task. 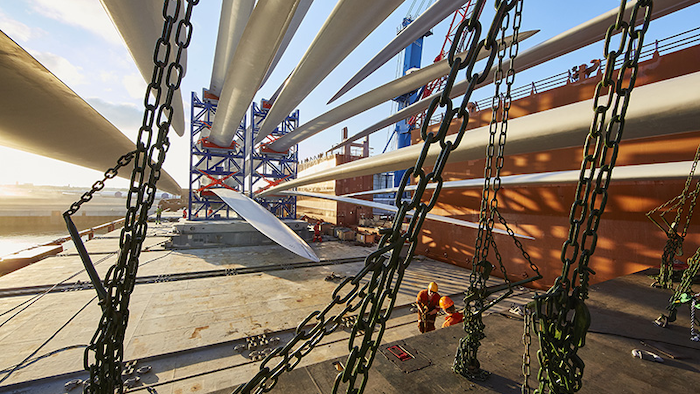 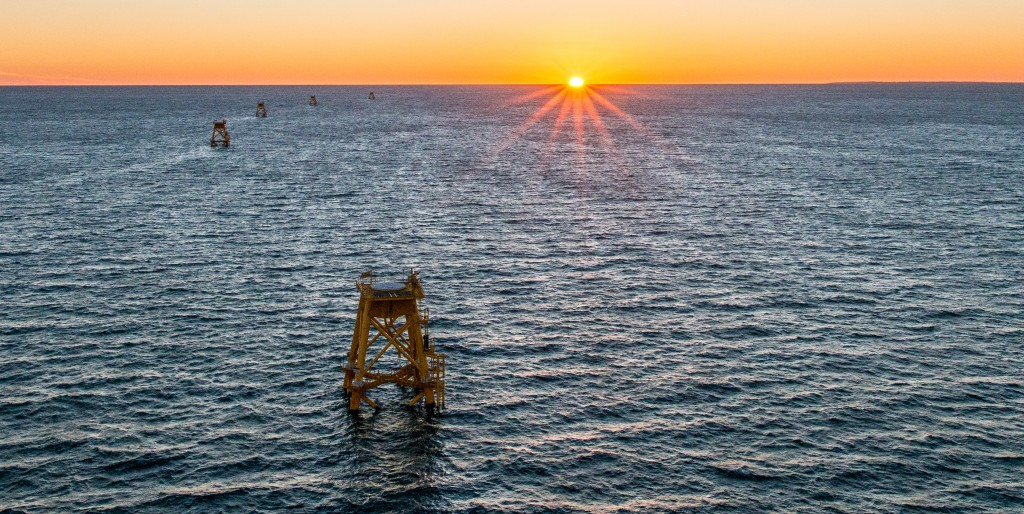 Eric Crucerey and his team can move mountains. Well, maybe not mountains, but machines that dwarf the Statue of Liberty.

Crucerey, who works for GE Renewable Energy, is the project director in charge of delivering GE’s Haliade wind turbines forAmerica’s first offshore wind farm that’s being built by Deepwater Wind near Block Island, Rhode Island. Over the next few weeks, he will ship five wind turbine nacelles from France to the U.S. across the Atlantic. Each of these 400-ton structures is as large as a school bus and houses the turbine’s power-generating components, including a massive permanent magnet generator. They will sit some 330 feet (100 meters) above the waves. 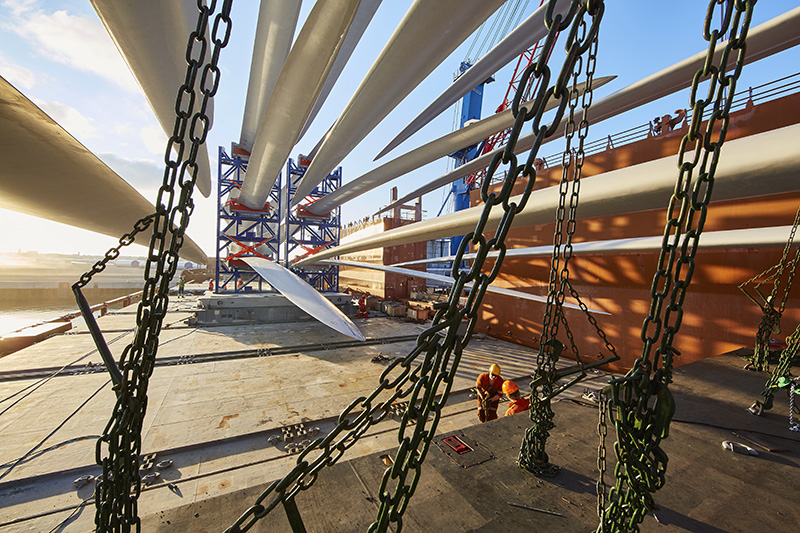 Each of the nacelles will support three 240-foot-long blades (nearly 74 meters) that weigh 27 tons a piece, and Crucerey has brought them across the Atlantic, too. A cargo ship with all 15 blades on board docked in Providence, Rhode Island, last week. “My job is to be ready for everything, understand any weaknesses in Plan A and always have a Plan B,” Crucerey says. “’Never give up’ is my motto.”

Crucerey is speaking from experience. While working as a project manager a decade ago, he helplessly watched as a 20-ton turbine shaft worth $560,000 (€500,000) plunge into the murky waters of a Turkish port, never to be recovered. 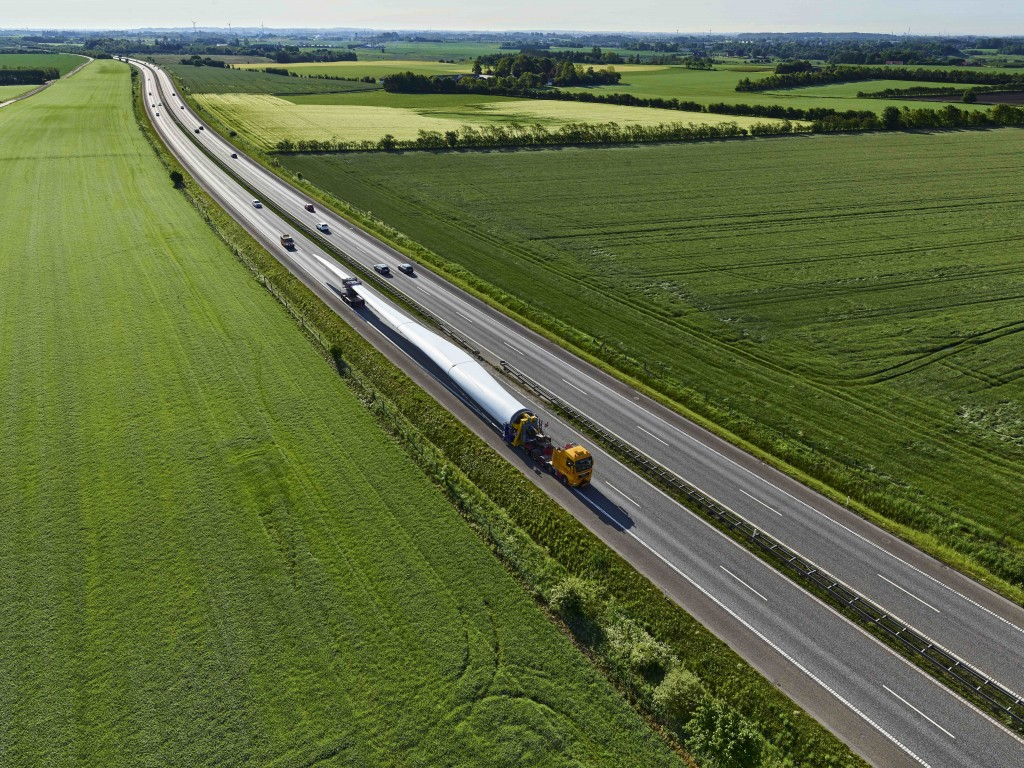 That’s why today he works with specialists such as Eskil Røset, a project manager with Fred. Olsen Windcarrier—the Norwegian offshore wind developer that has handled massive projects in the U.K. as well as the Irish Sea and Scandinavia. The firm will ship the nacelles 3,300 miles from their birthplace in a brand-new GE Renewable Energy’s factory at the mouth of the Loire River in Saint-Nazaire, France, to the U.S. Røset will also oversee the turbine’s offshore installation in August.

Crucerey is also working with commercial director Dorte Kamper and the logistics experts at Danish firm LM Wind Power — the world’s largest independent supplier of rotor blades to the wind industry. Together, they coordinated the transportation of the massive blades from the Port of Esbjerg in Denmark to Providence. A third vessel, this one transporting the turbine’s sleek white towers, recently arrived in Providence from Aviles, Spain. 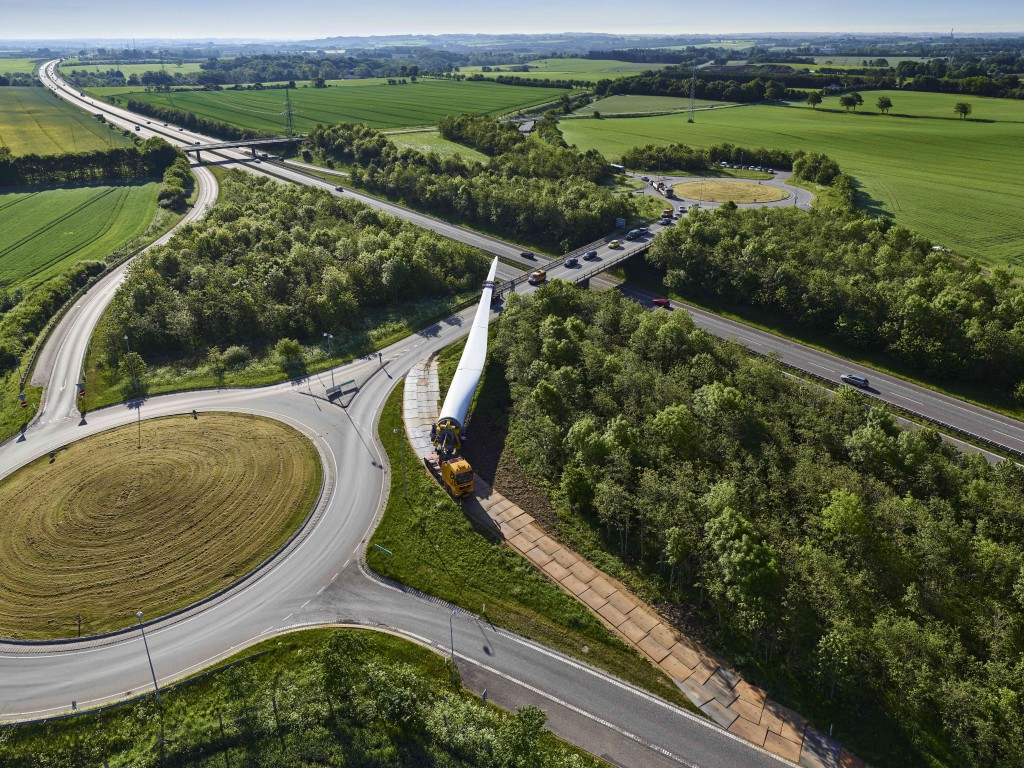 Turns were especially challenging and the team had to build its own roads to negotiate tight spots. (Image credit: LM Wind Power)

But shipping is just one part of the Herculean transportation task. Getting the equipment to the ports presents its own set of challenges. The team in Saint-Nazaire loads the nacelles on specialized multi-wheel vehicles that carry extreme loads—as much as 530 tons. The blades, on the other hand, travel in specially manufactured trailers. Like a head of state, each blade travels with a police escort. Turns are especially challenging and the team must sometimes build its own roads to get around tight spots.

Olsen Windcarrier project manager, says the Block Island nacelles will traverse Atlantic waters that can produce seasonal waves of up to 6 meters. The voyage will take between two and three weeks depending on the weather and course adjustments to avoid any adverse conditions. 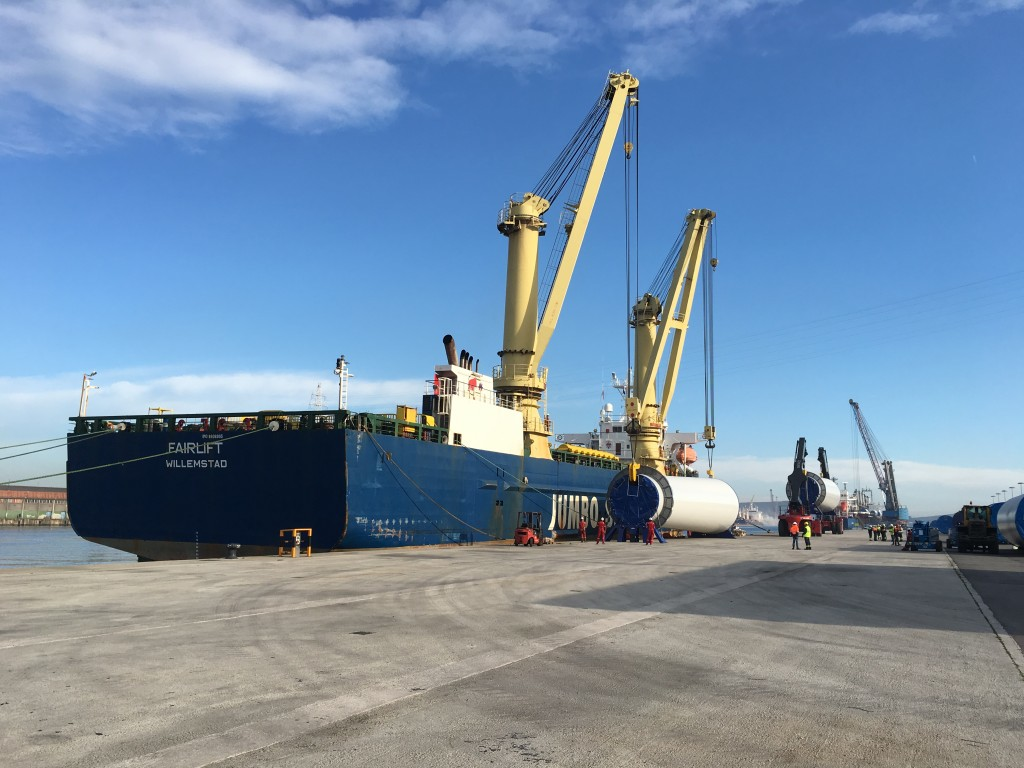 The nacelles will come to America aboard the 132-meter-long, 39-meter-wide Brave Tern installation vessel. The ship will chart a southerly route, leaving France in mid-July. The nacelles will ride on specially manufactured platforms so that if huge waves pound the ship, they will pass underneath the nacelles rather than hitting them directly, lessening the chance that any of the gears inside the casing will be damaged.

Upon arrival in the U.S., the Brave Tern will become a real-life Transformer robot, changing from a ship into an at-sea construction platform. Four massive legs will drop down to the seabed, jacking up the ship high over the water.

Then, an 800-ton crane will position the generating equipment on the towers and fasten the blades onto the structure over several intense weeks of installation. Roughly 40 additional workers will join the 30-person crew to help with the project, living on board in the Brave Tern’s 56 cabins. A specially built Crew Transfer Vessel “Atlantic Pioneer”—a first of its kind in the U.S. that was developed by Atlantic Wind Transfers, a local Rhode Island company—will shuttle crew and supplies between the Brave Tern and the mainland.