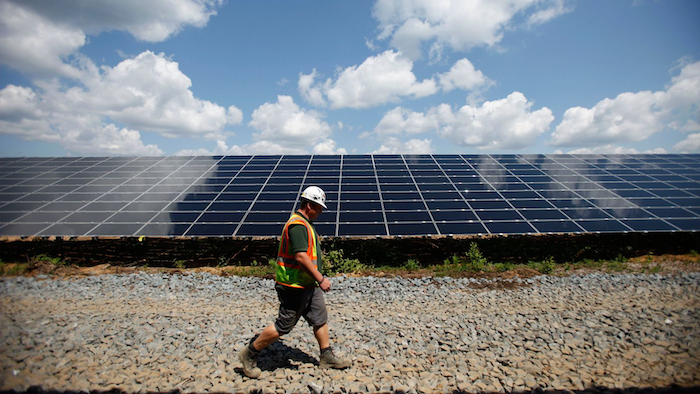 California passed a climate bill requiring 50 percent of each utility's retail sales to come from renewable energy by 2050. The state is well on its way to achieving that goal with solar power in particular experiencing a boom. California now outshines all other states in solar, boasting 13,241 megawatts of cumulative installed solar capacity, enough to power 3.3 million homes.

California outshines all other states in terms of solar energy. Arizona has the second highest level of solar power in the United States with 2,303 megawatts of cumulative installed capacity. According to the Solar Energy Industries Association, that is enough to power an estimated 327,00 homes. 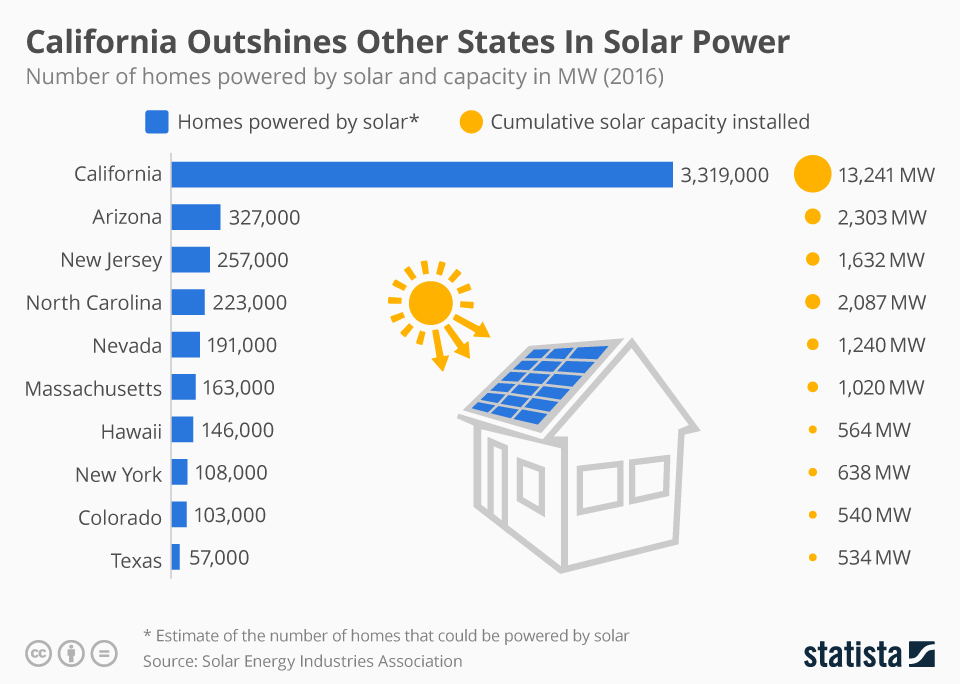