"Clean" energy would account for half of the energy demand of the U.S., Canada and Mexico by 2025 under a new pact announced by those nations' leaders Wednesday. 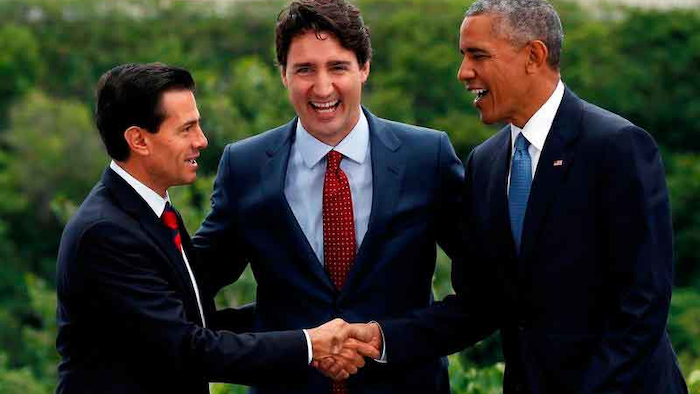 "Clean" energy would account for half of the energy demand of the U.S., Canada and Mexico by 2025 under a new pact announced by those nations' leaders Wednesday.

The North American Climate, Clean Energy, and Environment Partnership Action Plan, according to a statement from the White House, would rely on renewable energy, nuclear power, increased energy efficiency and carbon capture and storage systems to meet that threshold over the next decade.

“This is what can happen when countries come together in pursuit of a common goal, when we have a big idea and the political will to make it happen,” Canadian Prime Minister Justin Trudeau said at the North American Leaders Summit in Ottawa.

The proposal would depend on ambitious domestic energy policies in all three nations, including the Clean Power Plan that is facing a challenge in federal court.

The countries would also collaborate on cross-border transmission projects, align their energy efficiency standards and examine efforts to promote clean transportation and add more renewable energy to the grid.

Trudeau, President Obama and Mexican President Enrique Peña Nieto argued that the proposal would help the countries meet the terms of the Paris climate agreement, but the White House also predicted that it could accelerate job growth in the nation's clean energy sector.

"Already, together in Paris, we achieved the most ambitious agreement in history to fight climate change," Obama said during an address to Canada's parliament Wednesday. "Now let's bring it into force this year."