PETERBOROUGH, England (AP) — The flag of St. George, a dartboard and a plaque honoring British soldiers killed in World War II adorn the walls of the Hand and Heart, the only pub left in one of Peterborough's most multicultural neighborhoods. Bram Brammer, a scraggy barman in a black T-shirt,... 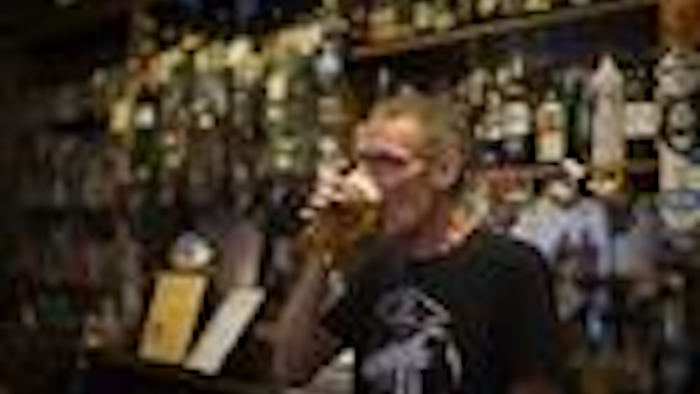 PETERBOROUGH, England (AP) — The flag of St. George, a dartboard and a plaque honoring British soldiers killed in World War II adorn the walls of the Hand and Heart, the only pub left in one of Peterborough's most multicultural neighborhoods.

Bram Brammer, a scraggy barman in a black T-shirt, remembers each one that closed.

The Triangle pub became a Polish supermarket; The Windmill an Asian food store; The Eight Bells a nursery. A real estate agent moved into The Norfolk Arms and two Polish shops replaced The Greyhound. The Royal Oak was knocked down to make room for apartments, he said.

"English people are leaving and it's becoming ghettoized," Brammer, 58, said of the eastern England city's Millfield neighborhood. "The society's infrastructure has just been destroyed."

For many people who voted for Britain to get out of the European Union, Brammer's description of Peterborough is a horror story they fear will be replicated in towns and villages across the country: streets taken over by foreign languages, customs and religions; British identity eroded with each pub converted into a kebab shop or an ethnic food store.

They don't know whether exiting the 28-nation EU will make that much of a difference, but at least they had a chance to make a statement to politicians who they feel have ignored their concerns about migration.

"I wanted my country back. I wanted to be English, British. Hopefully back to normal," said Bruce Johnson, a 67-year-old "leave" voter who sells wallpaper and gift cards in the Peterborough market.

An hour by train north of London, Peterborough has experienced a rapid demographic shift, absorbing more than 30,000 migrants since the turn of the century. The population jumped from 156,000 in 2001 to an estimated 194,000 in 2014. Census figures show the proportion of British whites dropped from 86 percent in 2001 to 71 percent in 2011.

While the city has long been home to Pakistani, Afro-Caribbean and Italian minorities, it was the surge in migrants from EU members Poland, Lithuania, Slovakia and more recently Romania and Bulgaria that prompted many residents to vote "leave" in Britain's June 23 referendum. Sixty-one percent of Peterborough's electorate wanted out, compared to 52 percent in all of Britain.

Some English residents accuse the newcomers of taking their jobs or living off welfare benefits. British tabloids a few years ago sent alarming dispatches from the city about hordes of migrants queuing at the city's welfare offices.

Yet even the local "leave" chief said reports of welfare abuse were exaggerated and noted that some British people abuse the welfare system, too.

"It's not that we don't want those people here, it's that we just can't accommodate them," Beecher said. "It's putting a strain on local resources. And we are seeing a lack of integration."

The 2011 census counted 6,666 Poles and 3,712 Lithuanians in Peterborough, but the true numbers are believed to be significantly higher.

Schools are getting crowded, up over 4,000 students from 2010 to 2015, with pupils speaking dozens of languages. The city council says in the primary schools, 1,075 pupils speak Polish as their first language, 721 Lithuanian, 533 Portuguese and 286 Slovakian.

The Eastern European influence is noticeable in multi-ethnic Millfield, where some supermarkets are stocked with Polish sausages, beer and vodka, even Polish mineral water and toilet paper. Littered pavements, homes with weed-infested front yards and occasional drunks give the area a run-down feeling — but that is balanced by pavement cafes and popular fruit vendors.

Outside an Arabic restaurant, Mahmoud El-Dogdog, a car salesman from Egypt, said Britain was right to vote "leave" to stop more Eastern Europeans from coming. He said the racism he's faced in Britain has come from the Eastern Europeans, not the English. Other Egyptians with him said it's unfair to generalize, jokingly suggesting his divorce from a Slovakian woman had clouded his judgment.

Some migrants said they were concerned about reports of a surge in racism and xenophobia across Britain after the referendum. Lina Vorobjova, a Lithuanian who works in coffee shop at the Peterborough market, said she noted a shift in attitudes among the English.

"They changed," she said. "An older gentleman asked me 'When are you going home?'"

There's no sign of hostility among the customers, though, some of whom greet Vorobjova by her first name.

On Wednesday, about 100 Lithuanians, some wearing traditional costumes, celebrated the Baltic country's national holiday in the center of the city without incident. Standing in front of Peterborough's majestic gothic cathedral, they waved Lithuanian flags and sang their national anthem.

Viktor Savicius, a Lithuanian who's lived in Peterborough for 10 years, said Britain has been remarkably tolerant toward migrants, "much more than foreigners are tolerated in my country."

He missed the celebration due to work. The 44-year-old started the day at 5 a.m., had a cup of tea and made two sandwiches before driving 45 minutes to a factory where he spray-paints trailers 10 hours a day, four or five days a week. Right now he's also working Saturdays, spray-painting a bridge in Colchester to earn some extra money for his family of six.

Savicius said when he came to Peterborough "they were shouting on every street corner" for foreigners to come work. Attitudes toward migrants have hardened since, but he said he understands why.

"There is too many of us. Simply too many," he said.

At the Hand and Heart, Brammer said he knows some of the migrants are good, hard-working people. Still, he doesn't think they're trying hard enough to integrate. None of them come to the pub, he said, adding the Eastern Europeans drink at home and the Muslims don't drink at all.

"I'm not racist, it's just common sense," he said, launching into a monologue about crime, alcoholism and other things he said have gotten worse with immigration.

A young man having a pint with a colleague was visibly disturbed by Brammer's negative description of the area's non-English residents, eventually cutting him off.

"Why can't we work together?" the man said. "This country has been colonizing other countries for hundreds of years. What is wrong with people from those countries coming here?"

He took a last sip of his beer and got up to leave. Brammer stopped him and shook his hand. They agreed to disagree.

The mood in the pub darkened. Brammer, with a sad look, said he doesn't make much money and the landlord has put the building up for sale.

"I think, do I really want to keep this pub going?" said Brammer, who lives above the pub with his third wife. "This is not just my pub, it's my home."

Outside, a Polish family moved furniture into the building next door.