BAE Systems says that a machine called the Chemputer could revolutionize the way unmanned aerial vehicles (UAVs) are created. 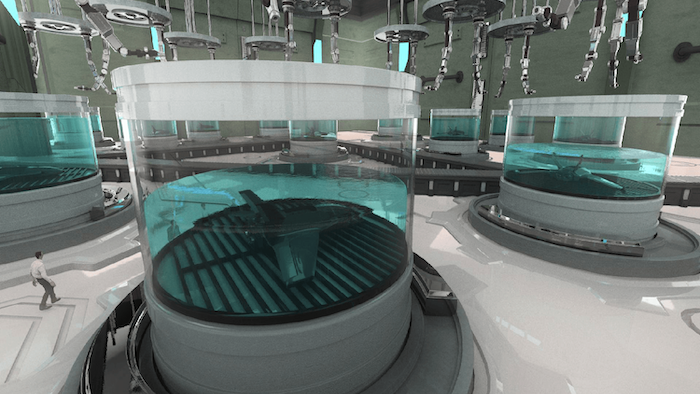 BAE Systems says that a machine called the Chemputer could revolutionize the way unmanned aerial vehicles (UAVs) are created by utilizing advanced chemical processes that yield aircraft and their complex electronic systems from the molecular level upwards.

In other words, drones are grown in a giant vat of goo and then assembled by robots.

A video (below) on the company’s website shows a team of scientists inputting the drone’s desired traits into a computer system and initiating a lab machine to spew some chemicals into a vat. The machine, via what we can only assume is a miracle, then speeds up certain “evolutionary processes and chemical reactions,” causing the goo to self-assemble into the shape of an aircraft.

Once the drone is finished, it's removed from the vat and taken to a conveyor belt where a giant robotic arm inserts its component parts. 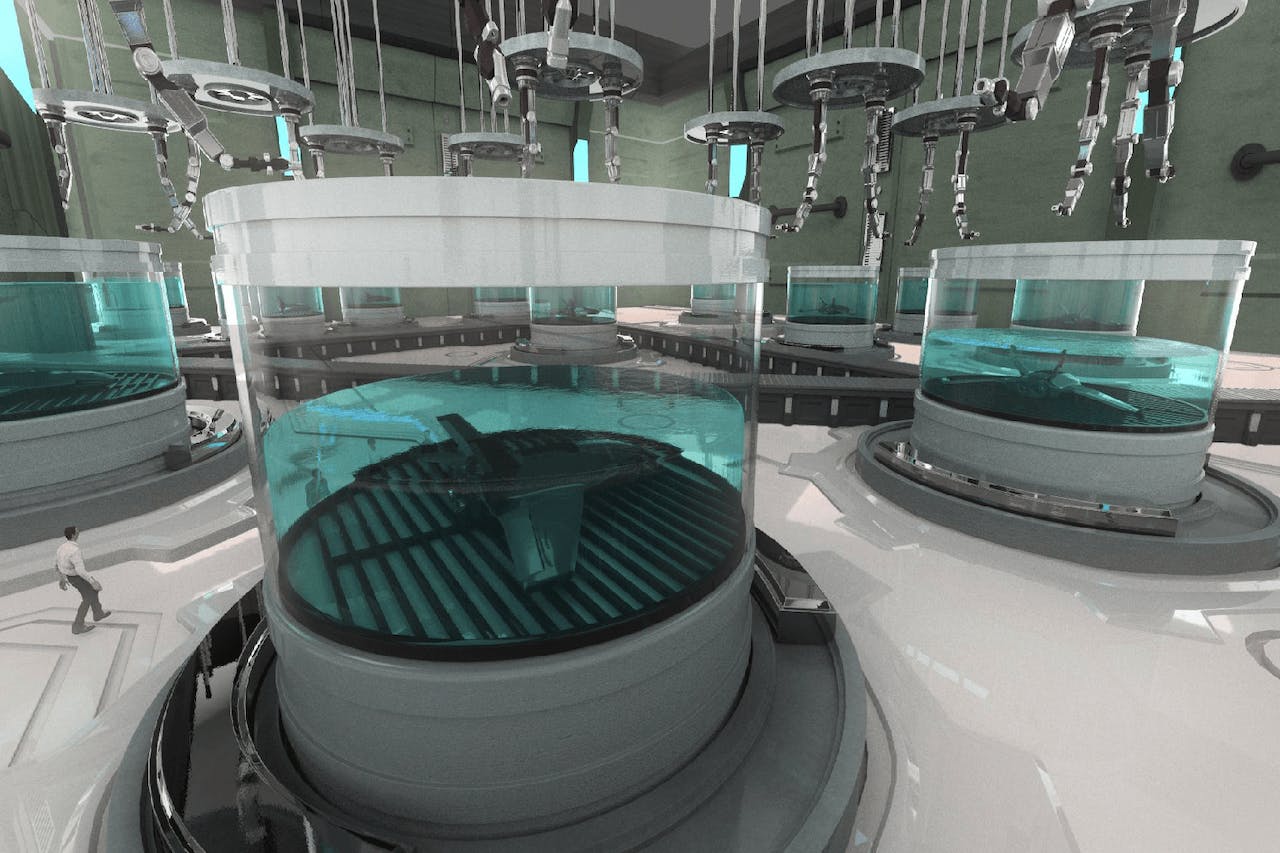 The point of the Chemputer would be to produce drones for a variety of military missions, for which a rapid response is needed.  These would include surveillance or deploying emergency supplies inside enemy territories.

"This is a very exciting time in the development of chemistry," said Professor Lee Cronin, University of Glasgow, and Founding Scientific Director, Cronin Group PLC.

"We have been developing routes to digitize synthetic and materials chemistry and at some point in the future hope to assemble complex objects in a machine from the bottom up, or with minimal human assistance. Creating small aircraft would be very challenging but I’m confident that creative thinking and convergent digital technologies will eventually lead to the digital programming of complex chemical and material systems."

Whether soon-to-be fact or (what seems more like) fiction, BAE Systems and the University of Glasgow plan to present their concept at this year’s Farnborough International Airshow.