LOS ANGELES (AP) — When Lauren Higgins tried to sign up for Spotify's premium plan on her iPhone, she was irked that the music service asked for $13 a month, $3 more than the gift subscription she had given her boyfriend. "I was pissed and I wasn't going to do it," said Higgins, a 25-year-old... 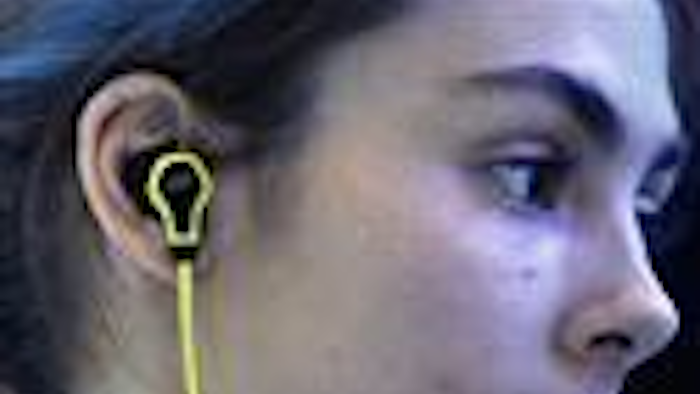 LOS ANGELES (AP) — When Lauren Higgins tried to sign up for Spotify's premium plan on her iPhone, she was irked that the music service asked for $13 a month, $3 more than the gift subscription she had given her boyfriend.

"I was pissed and I wasn't going to do it," said Higgins, a 25-year-old public-relations executive in New York.

She tweeted her annoyance. Within five minutes, a member of Spotify's social media team reached out to tell her that she could get Spotify for a monthly $10 fee if she signed up on the web rather than through Apple. She did just that.

Call it a $3 tax on ignorance, as Apple prohibits apps from pointing to lower prices available elsewhere.

Spotify says it charges a "significant" number of its 30 million paying subscribers $3 more per month because they sign up through Apple, which takes a cut of up to 30 percent. Spotify says 70 percent of its revenue already goes to artists, recording labels and music publishers, so turning over another 30 percent to Apple would leave Spotify with nothing unless it passes along the fee to customers.

The price gap is especially grating to music services like Spotify because Apple's own Apple Music service doesn't have to pay the same fee and can charge just $10.

"They're trying to have their cake and eat ours, too," Spotify spokesman Jonathan Prince said. "We find it bad for consumers, unfair to consumers and ultimately something that could stifle music streaming subscriptions across the board."

The dispute has intensified in recent weeks as Spotify got more aggressive about offering subscriptions outside Apple's billing system. It also suspended new subscriptions from iPhone apps completely.

Last week, Spotify complained that Apple had rejected a new version of Spotify's iPhone app over the dispute. Apple shot a letter back, saying its rules applied equally to all app developers, regardless of whether they competed with Apple. Prince responded in a tweet Friday that Spotify wasn't doing anything prohibited. Spotify and Apple declined further comment.

Many app makers, including Spotify, have long tolerated the fee — not least because hundreds of millions of people worldwide use iPhones, and Apple users tend to spend a lot more on apps than Android users.

Spotify initially didn't offer subscriptions through the iPhone app at all. Users had to sign up elsewhere before returning to the app to sign in. But in 2014, Spotify relented and instead passed on the $3 Apple fee onto consumers.

Several other music streaming services do the same, including Rhapsody and Tidal. And when YouTube launched its Red subscription for ad-free videos and on-demand music last fall, it also set the price for Apple users at $13, $3 more than elsewhere.

Last July, Democratic Sen. Al Franken of Minnesota wrote to both the Department of Justice and Federal Trade Commission calling for an investigation into whether Apple was "engaging in anticompetitive behavior in the music streaming market" because of the fee and its app guidelines. The Justice Department directed inquiries to the FTC, which acknowledged receiving the letter but declined comment.

Apple has already come under fire about not allowing links to outside stores. It lost an e-books price-fixing case in 2013. Apple has appealed to the U.S. Supreme Court, saying the case "presents issues of surpassing importance to the United States economy."

In response to all the criticism, Apple said in June that it would halve its 30-percent cut of in-app subscriptions if developers could hold onto subscribers longer than a year. For a $10 subscription, Apple's cut would be $1.50 instead of $3.

Some services, including Netflix, Pandora, Hulu, Showtime and HBO Now, decline to pass any extra fees to consumers and charge the same price through Apple's app as they would elsewhere. Others avoid Apple's billing system altogether. Amazon lets you watch previously purchased videos on iPhones, but won't let you buy new ones. There's no such restriction on Android. Music service Deezer asks iPhone users to subscribe over the web.

And not everyone blames Apple, either.

Amber Bernardi-Eteuati, a 20-year-old aspiring filmmaker in Massachusetts, let her subscription to Spotify lapse last year when money was tight. But she missed features like the ability to play songs from Sam Smith, Pentatonix and other favorites on demand. When she peeked at the price on her iPhone, "I was in shock."

Reached on Twitter by a reporter, Bernardi-Eteuati said she was mad at Spotify. "Passing the extra cost to customers and not just keeping it the price it's always been is sneaky and if I understand it correctly, greedy," she said through Twitter direct message. She ended up getting a new subscription — but used her laptop to get the lower price.