NEW YORK (AP) — Like the indestructible Twinkie, Chicken McNuggets are practically a culinary punchline, a symbol of hyper-processed fast food with a list of ingredients that reads like a chemistry exam. But now McDonald's wants to take at least some of the mystery substances out. The world's... 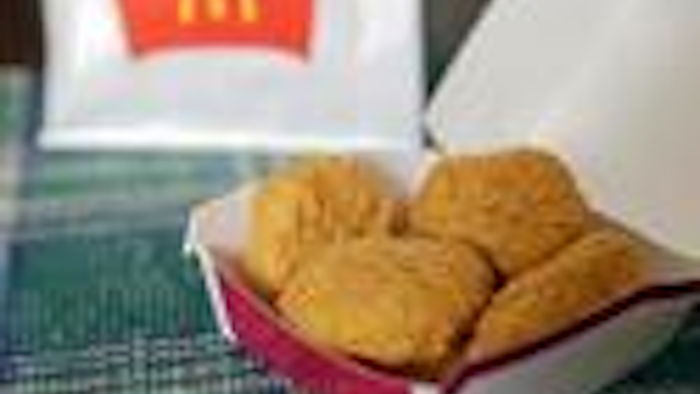 NEW YORK (AP) — Like the indestructible Twinkie, Chicken McNuggets are practically a culinary punchline, a symbol of hyper-processed fast food with a list of ingredients that reads like a chemistry exam. But now McDonald's wants to take at least some of the mystery substances out.

The world's biggest hamburger chain says it is testing a version without artificial preservatives.

It's the latest move by McDonald's to try to catch up with changing tastes and turn around its business, which has lost customers in recent years.

The new McNugget recipe is "simpler," and "parents can feel good" about it, the fast-food company said.

While McDonald's did not give full details about what is or isn't in the test recipe, it said the new McNuggets do not have sodium phosphates, widely used food additives that the company has said can keep chicken moist. Also, the McNuggets will not be fried in oil containing the artificial preservative TBHQ.

Chicken McNuggets have become an often-mocked symbol of heavily processed fast food since they were introduced in the 1980s. The breaded and fried nuggets are made of ground-up chicken rather than intact chunks of meat and are delivered to stores frozen.

The company said it began testing the new recipe in about 140 stores in Oregon and Washington in March. The test was first reported by Crain's Chicago Business.

As people pay closer attention to food labels, companies across the food and drink industry have adjusted recipes to remove ingredients that may sound unappetizing.

Last year, for instance, McDonald's changed its grilled chicken recipe to replace sodium phosphates with vegetable starch and to remove maltodextrin, which was used to increase browning.

The McNugget test reflects the sensitivities of parents of young children in particular. McDonald's has long targeted families, with its Happy Meals and Ronald McDonald mascot.

McDonald's said it is getting feedback from customers with the McNugget test, and did not say when it might launch the new recipe nationally.

Last week, McDonald's said sales rose 5.4 percent at established U.S. locations during the first three months of the year. The results were boosted at least in part by higher prices and the closing of underperforming stores.

McDonald's Corp., based in Oak Brook, Illinois, has more than 14,000 locations in the U.S.